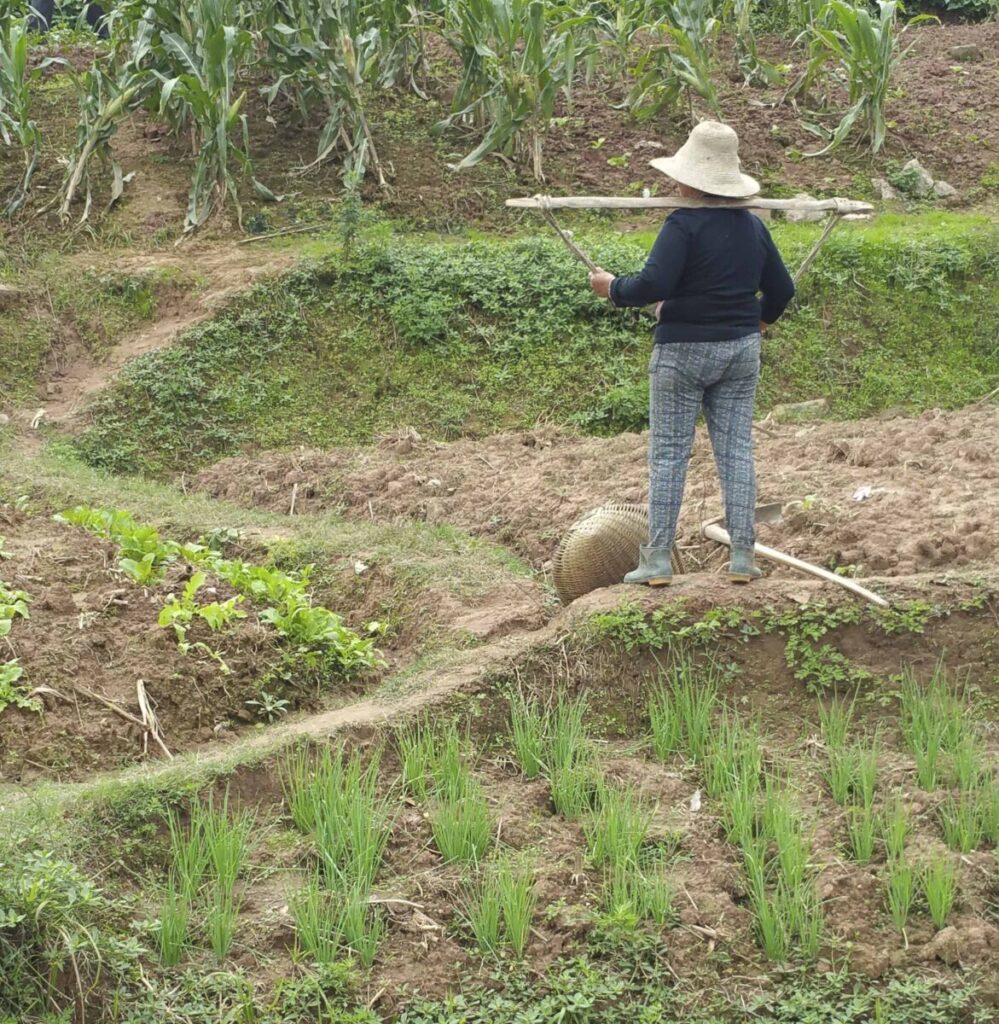 • Enjoys holidays on sleeper trains
• Volunteers with the Pyjama Foundation, where she reads and plays with children in foster care
• Born in South Africa
• Trained as a librarian
• Gets paid to read books
• Won a prize for determining how to alphabetise index entries starting with the word ‘The’

Helping members and the public with their queries – the Experts Group 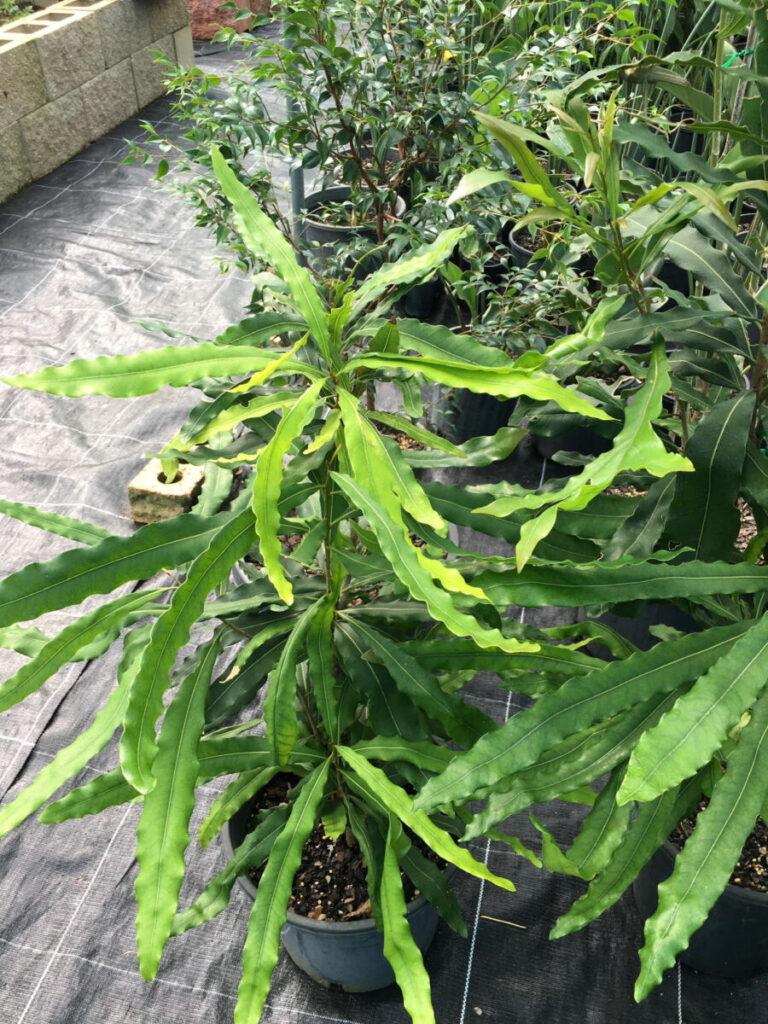 Australian Plant Society members and non-members from around Australia come to APS NSW as a source of expert knowledge about Australian plants. Questions arrive mainly via email, and occasionally through our Facebook and Instagram pages. I receive the questions and redirect them to our Experts Group. The group has eleven members who were recommended to me as being knowledgeable about Australian plants, and happy to share their knowledge.

Life member Robin Davies provided friendship and support to all those she met. Her commitment to the environment and willingness to work hard to preserve it was an inspiration, as was her tenacity through a long illness. She was the mainstay of Macarthur Group, a small but dedicated group, and her perseverance has been a major factor in its survival.

Congratulations to Frank Howarth AM 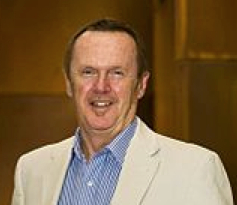 Frank Howarth PSM was made a Member of the Order of Australia in the Queen’s Birthday Honours 2020 for significant services to the visual arts through the museums and galleries sector. Frank, a long time member of APS NSW, was the Chief Executive and Director of the Royal Botanic Gardens and Trust, then director of the Australian Museum 2004–2014. 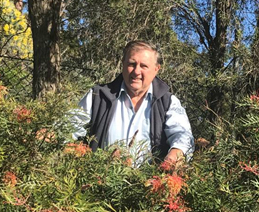 APS NSW Life member Peter Olde was awarded a Medal of the Order of Australia (OAM) for service to Australian native flora in the 2020 Queen’s Birthday Honours. 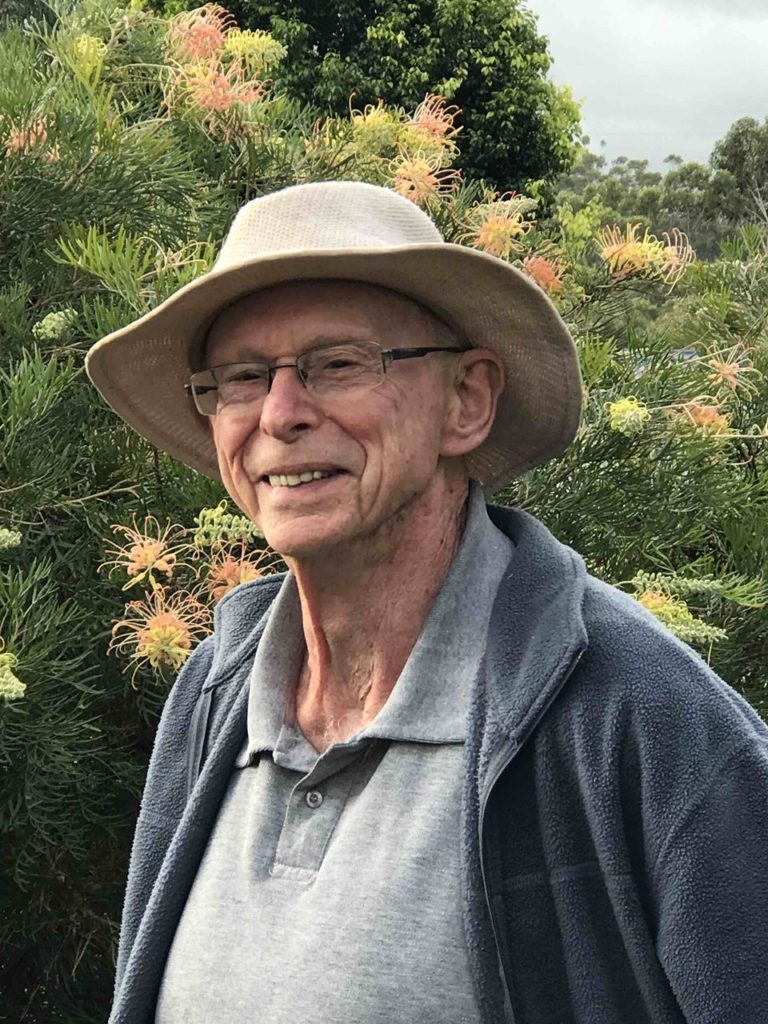 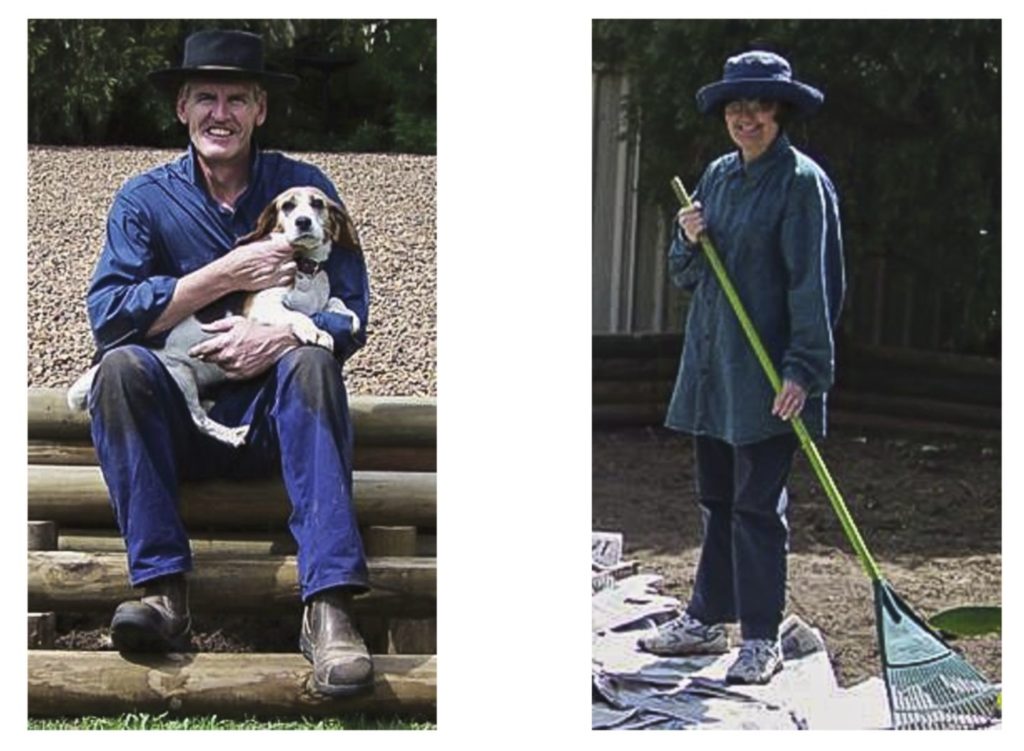 Congratulations to Chris and Leigh Cousins from Hunter Valley Group who were awarded Life Membership at the APS NSW AGM, held by Zoom on 16 May 2020.

Member in the media – bushwalking during coronavirus 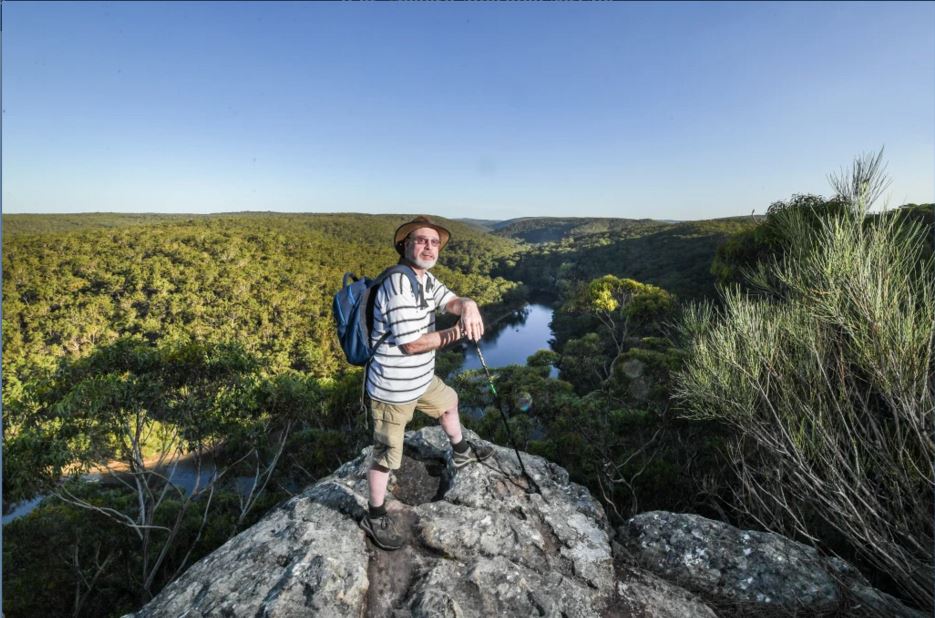 Ralph Cartwright explains how it happened:
“I was contacted by the SMH Urban Affairs reporter, Angus Thompson, who got my contact details from the Friends of Royal page who wanted to talk to someone still bushwalking in the Royal in the time of coronavirus. We had a brief chat for quotes and he sent a veteran photographer, Peter Rae, to meet me. 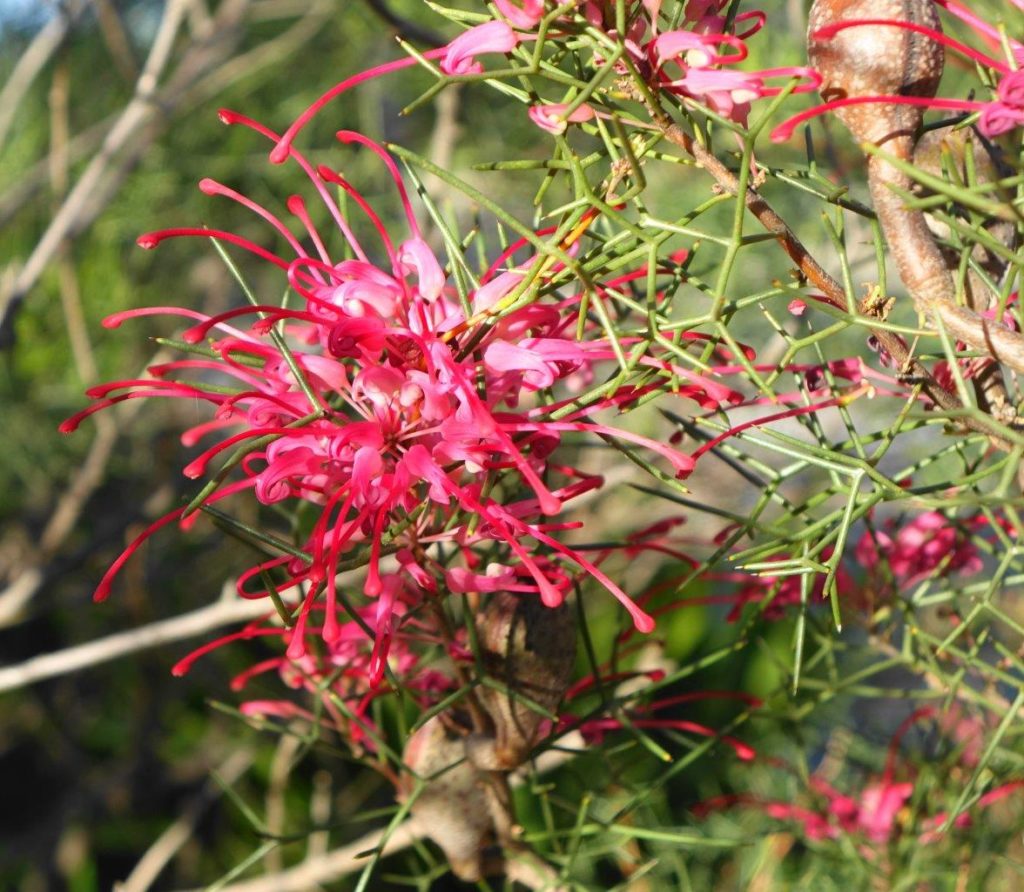 Life member and Menai driving force Lloyd Hedges gave host Clarence Slockee a tour of the Illawong Fire Station garden maintained by the group and demonstrated how to create smoke water to germinate flannel flowers while nursery volunteer Pam Forbes highlighted the group’s project to propagate casuarinas to provide food and habitat for glossy black cockatoos in the Southern Highlands. 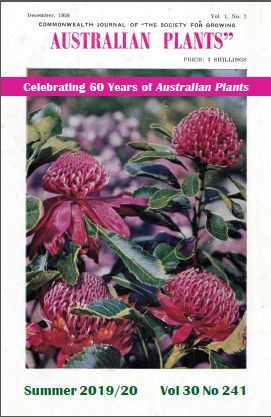 The Summer 2019/20 issue of Australian Plants posted to members and subscribers in mid March 2020 is a very special issue celebrating 60 years of the journal. In the Editorial and tributes, co-editor Merle Thompson OAM explains the significance: “For an organisation or its publications to survive for 60 years must be regarded as a major achievement. This issue of Australian Plants marks the 60th anniversary of the publication of Volume 1, Number 1 in December 1959”. 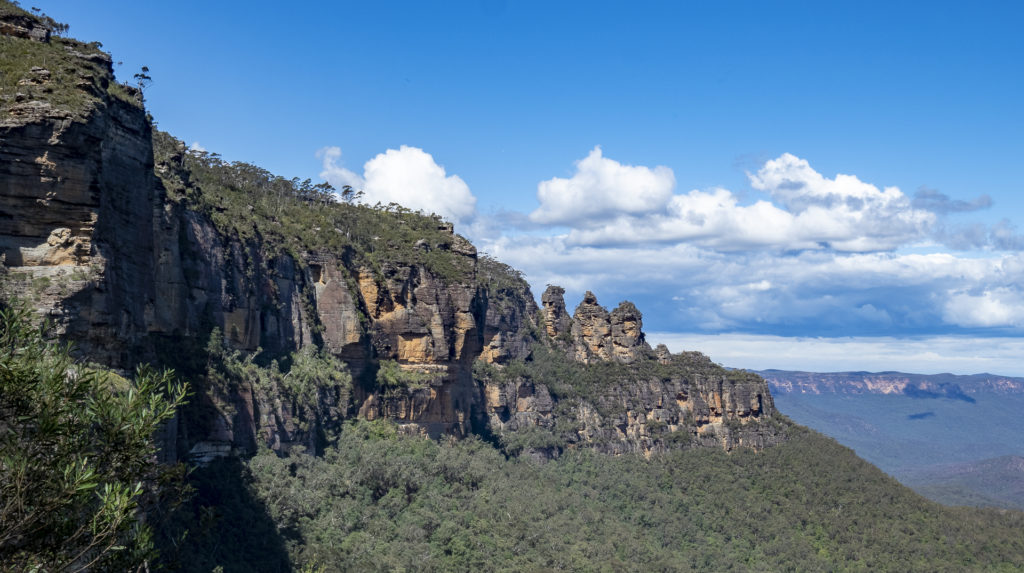 Congratulations to Margaret Baker who was awarded Environmental Citizen of the Year at Blue Mountains Council’s Australia Day Awards in January 2020.

APS members in the media in January 2020 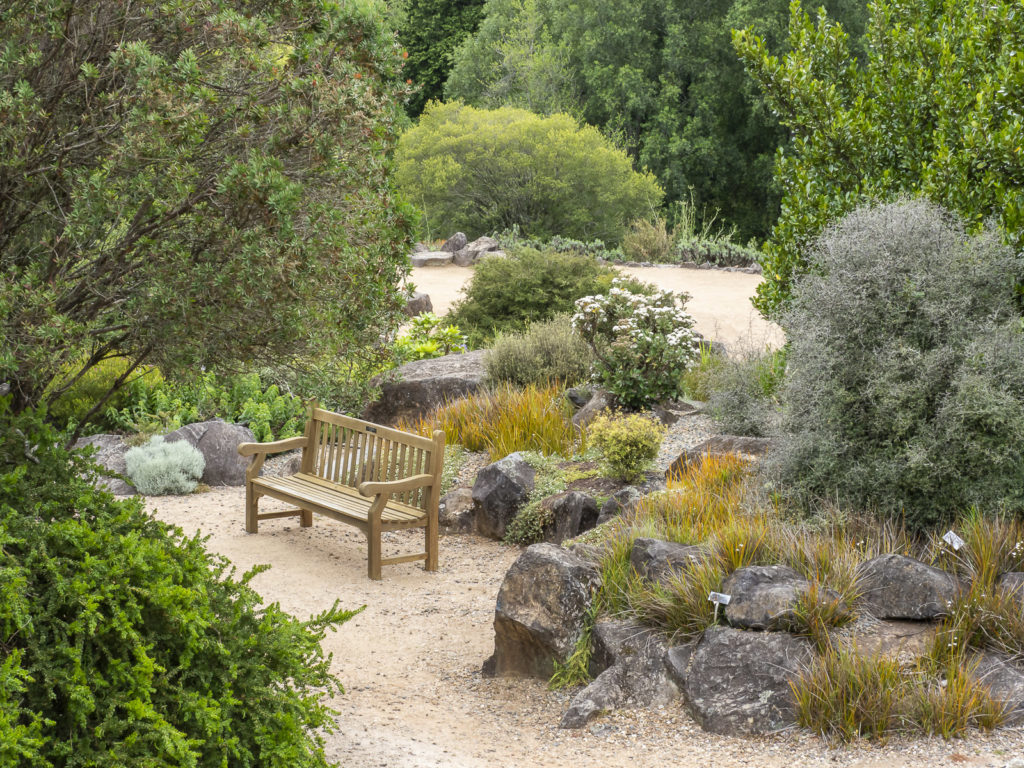 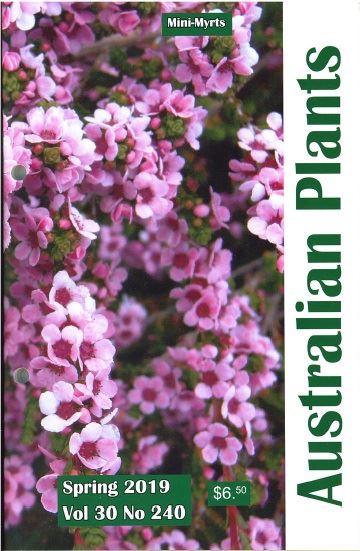 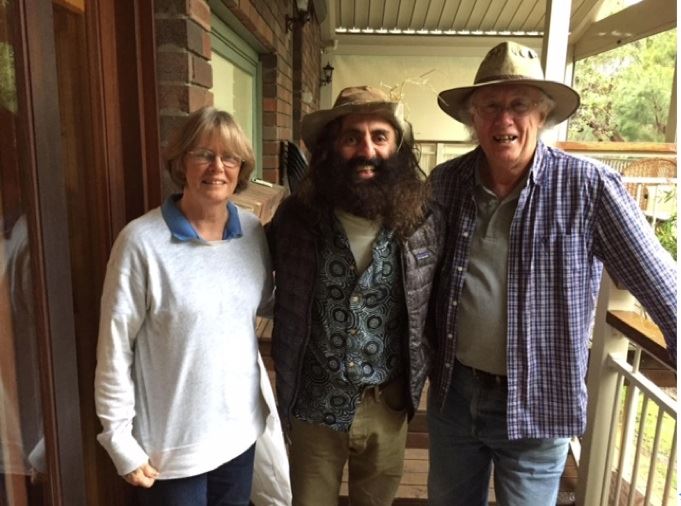 Brian Roach, a member of APS North Shore Group, runs Westleigh nursery from his home and has an open garden and plant sales twice a year. Brian wrote this article after the Gardening Australia team visited and filmed in 2018. The segment aired on 1 November 2019. 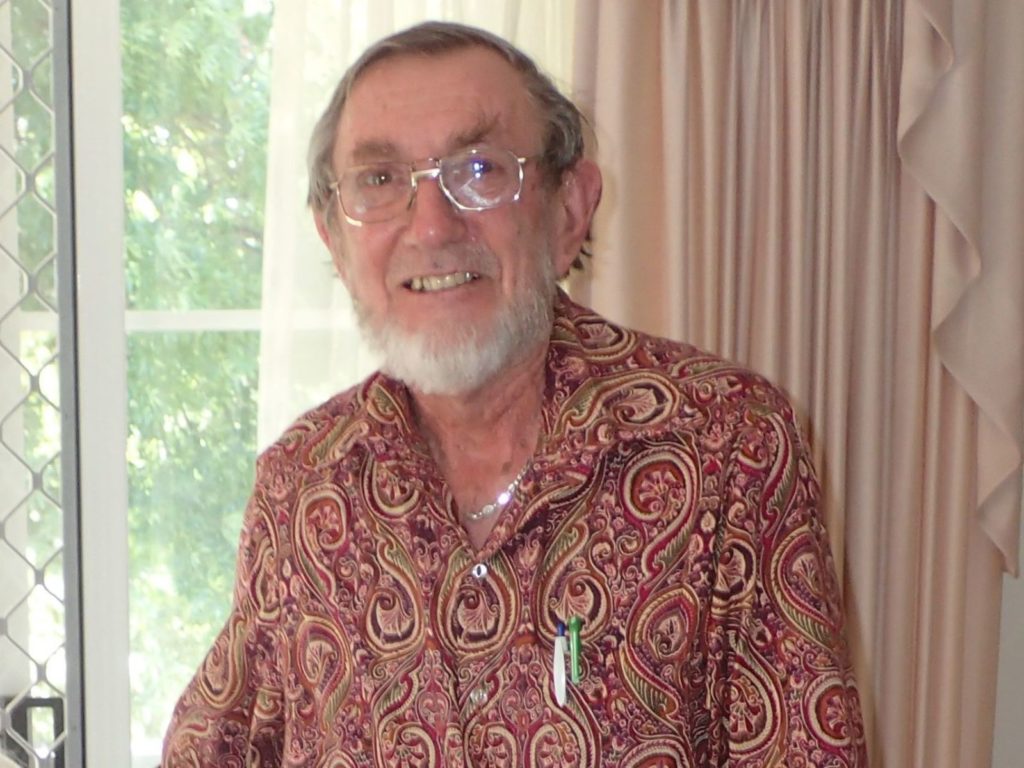 Warren promoted Australian plants continually throughout his life. He had a fortnightly column in the local newspaper, the Armidale Express, for over 30 years. He also wrote articles for other papers.

Highlights from Newcastle get together August 2019 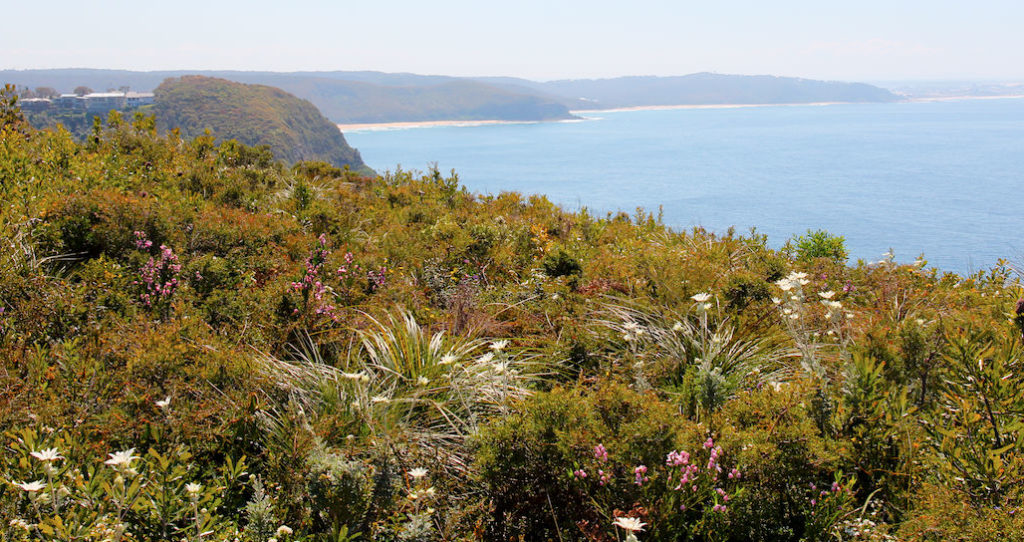 Many members enjoyed the APS NSW get together hosted by Newcastle Group on 17–18 August 2019 with a program of highlights of the area. Thanks to Newcastle Group including President Mark Abell and Secretary Maree McCarthy and all the volunteers who made the weekend so successful. Photos by Kevin Stokes, Newcastle Group (unless noted). 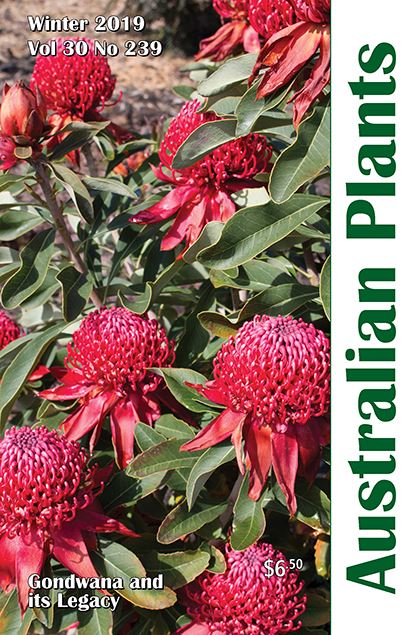 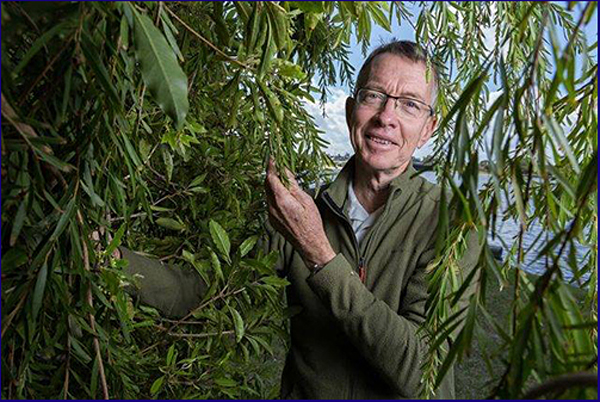 very two years two medals are given in association with the ANPSA Biennial Conference, one in the professional and one in the amateur category. “Amateur” is not intended to signify less valued or amateurish. On the contrary, the recipients invariably are people who have unstintingly given their time and made significant contribution in the area of their interest and expertise. 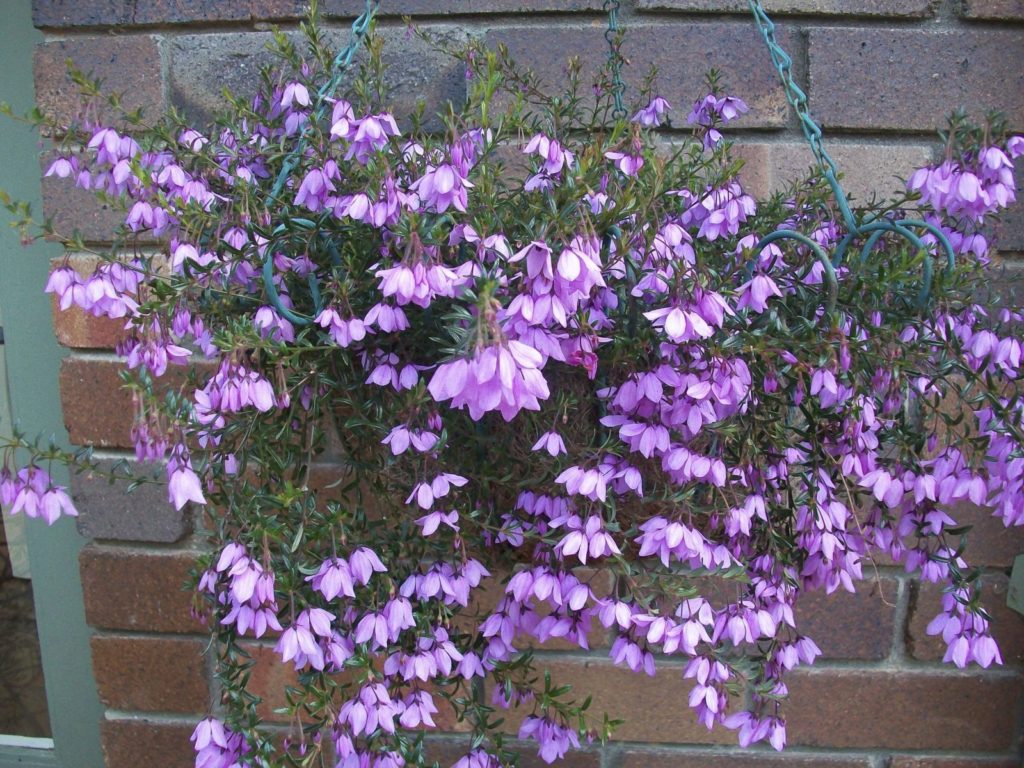 Many people live in smaller units and apartments with balconies or have a small area for a garden and growing Australian plants in containers is a great way to have a small garden of native plants. Growing in containers also allows gardeners to have plants that otherwise won’t tolerate local conditions. 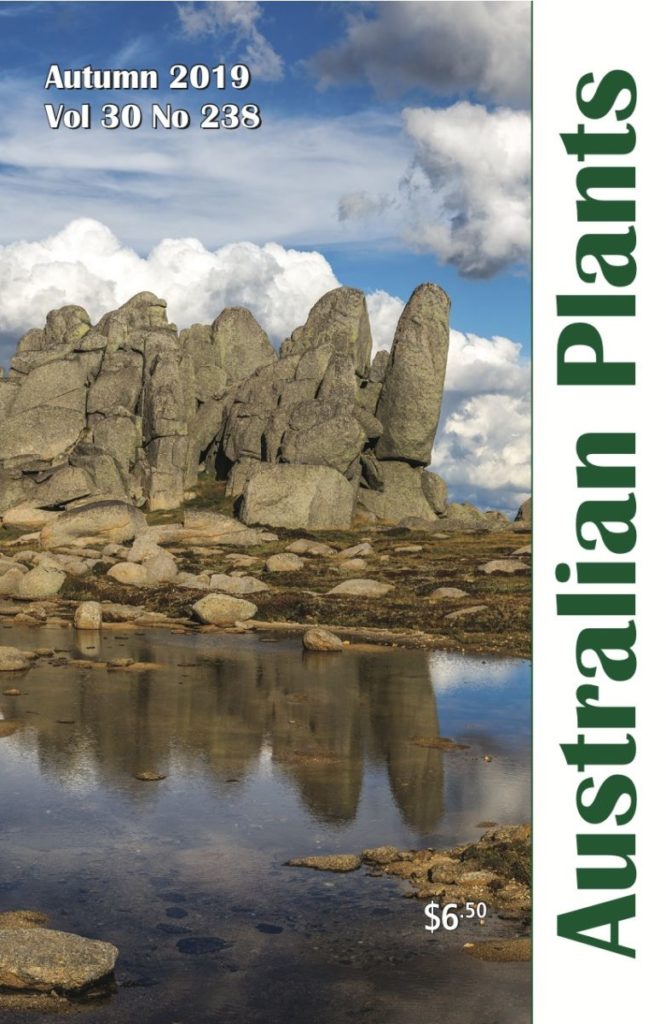 Nineteen people joined the ANPSA Council teleconference on 14 May. Each time the time differences bring home the vastness of Australia as a country. As the member societies are autonomous bodies allowing for differences, these meetings of delegates and elected office bearers are an opportunity to share information and find common ground. 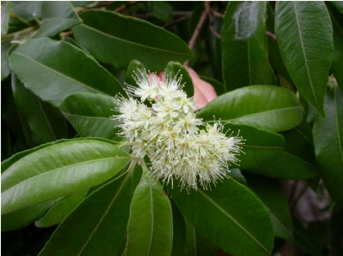 Nineteen people joined the ANPSA Council teleconference on 14 May. Each time the time differences bring home the vastness of Australia as a country. 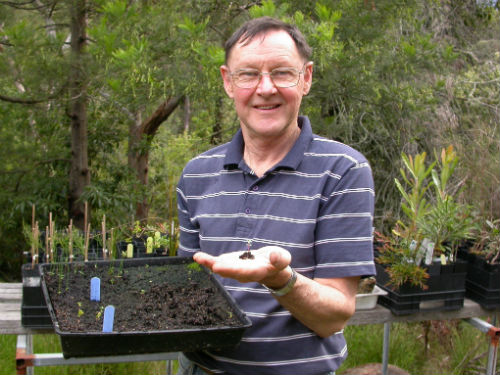 Congratulations to Barry Lees of North Shore Group who was awarded Life membership at the APS NSW Annual General Meeting on 18 May 2019. Barry’s love and respect for our native plants is contagious and he has inspired many others to share his passion. Here’s North Shore Group’s nomination of Barry. 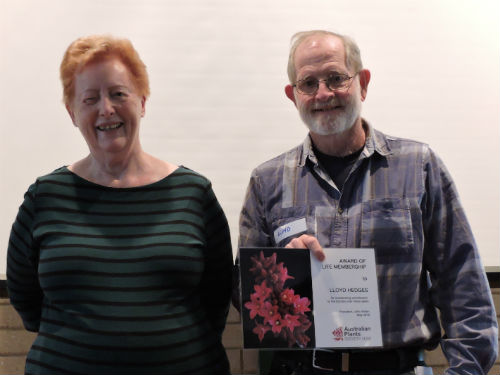 Congratulations to Lloyd Hedges of Menai Group who was awarded Life membership at the APS NSW Annual General Meeting on 18 May 2019. Menai Group’s nomination of Lloyd is reproduced here. 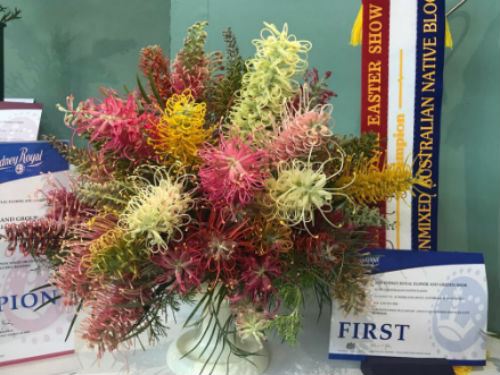 Enjoy some of the entries in the many classes of the Australian plants competition at the Sydney Royal Easter Show, April 2019. Thanks to all the entrants, particularly Central Coast, East Hills and Sutherland Groups, who together created a colourful display on the diversity and beauty of Australian native plants, despite the time of year. All the competition results are here, searchable by exhibitor. 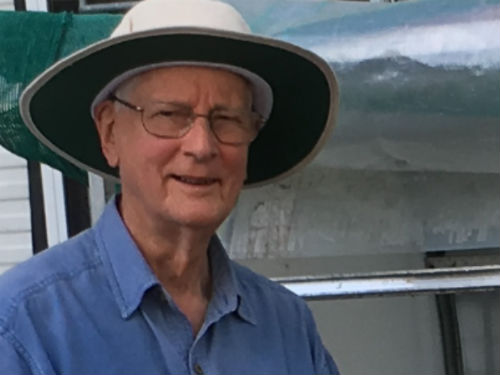 One of the stalwarts of East Hills Group, Hugh Stacy, died on 5 March 2019, his 83rd birthday. Hugh was a very active and valued member of the Australian Plants Society and its forerunner, the Society for Growing Australian Plants, for many years. 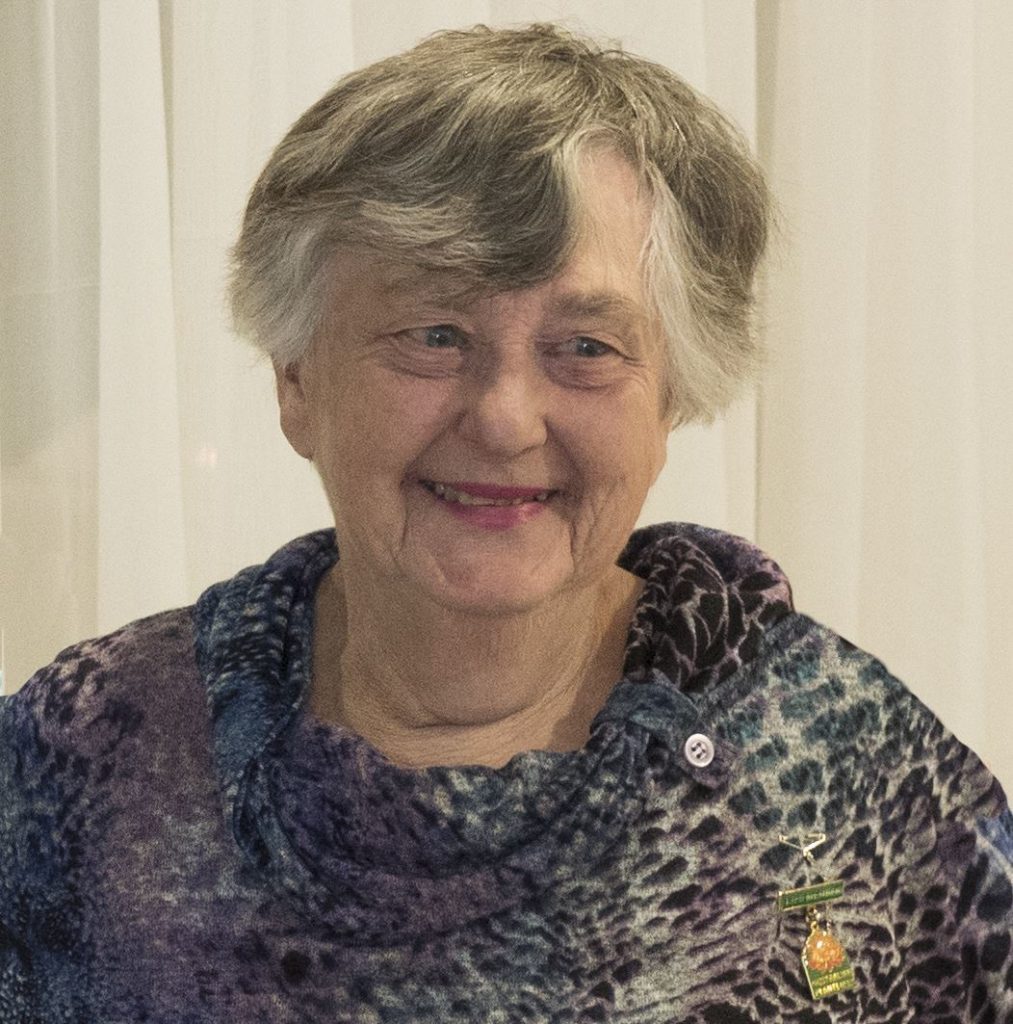 MEDAL (OAM) OF THE ORDER OF AUSTRALIA IN THE GENERAL DIVISION Miss Merle Kay THOMPSON, South Bowenfels NSW 2790For service to the community through a range of organisations. 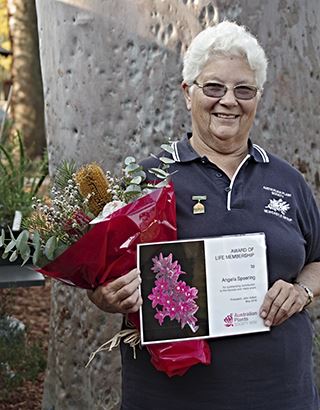 At the Australian Plants Society NSW AGM on 26 May, Angela Speering was awarded life membership of the Society. 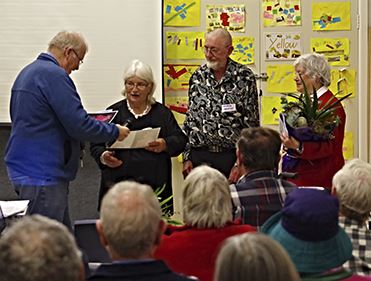 Warren and Gloria have been long term members of the Society, first joining the Blue Mountains group and then moving to Armidale in 1977. Warren held multiple positions over the coming 30 years where Warren took a position in the Dept of Botany at the University of New England.

At the recent ANPSA conference in Tasmania, it was decided to provide regular updates on ANPSA, so people better understand its role in growing and conserving native plants. Here is the first such update, an introduction to what ANPSA does, from President, Riita Boevink. 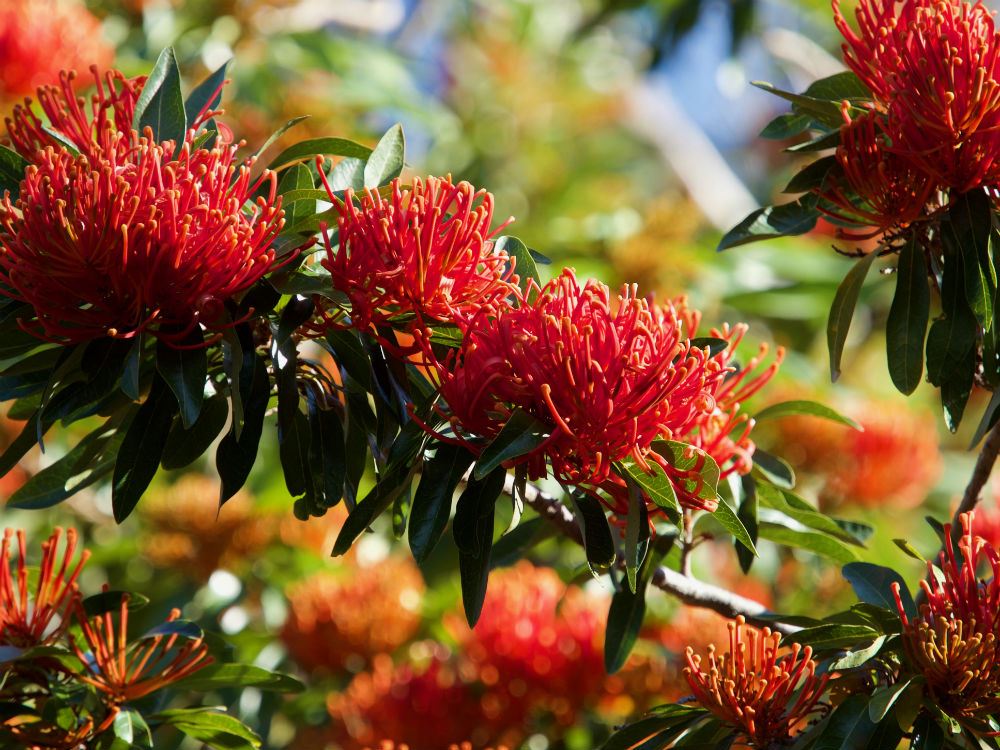 Over 130 people attended our quarterly gathering at Coffs Harbour in September 2017. Here are some of the beautiful plants and vistas on show.