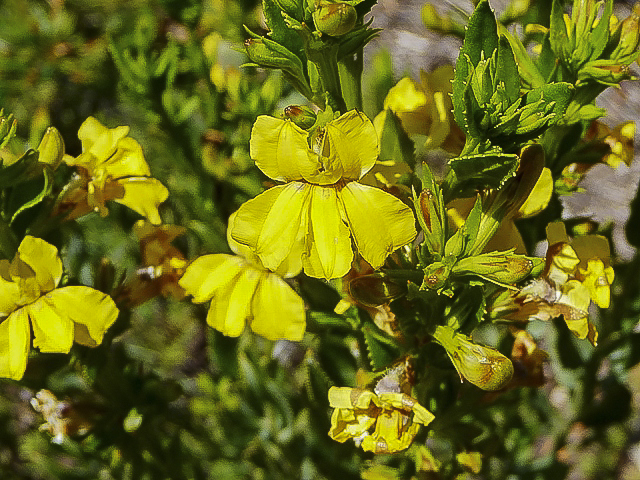 Goodenia decurrens is a small erect shrub with multiple stems. The leaves are five to ten centimetres long, lanceolate with toothed margins. The profuse bright yellow flowers are about two centimetres across and are carried in dense clusters during the warmer months with sporadic flowering at other times. 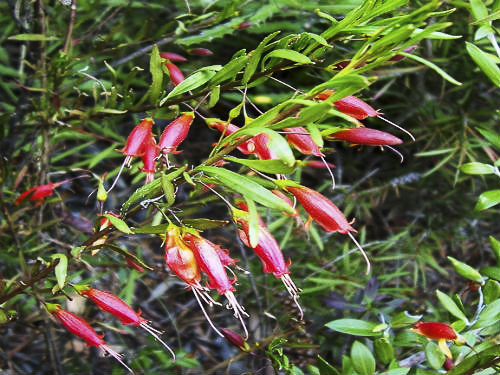 Eremophila decipiens, Slender Emu Bush, is a small shrub that reaches a height of one metre. Flowers are typically tubular with four upper lobes and one lower. Blooms are bright red, profuse and appear from April to November. 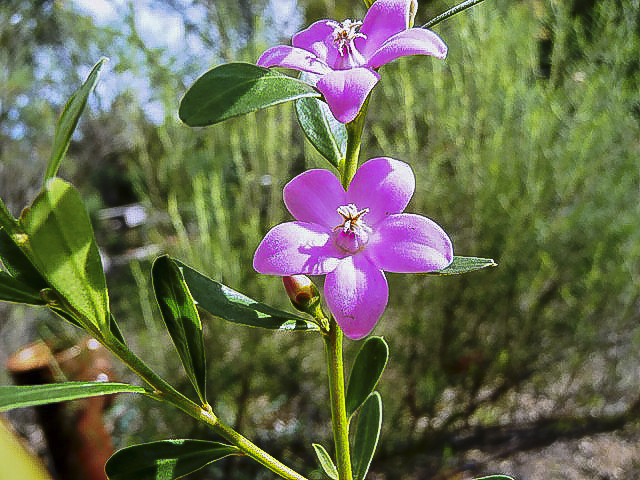 Crowea ‘Poorinda Ecstasy’ is a hybrid whose parents are thought to be Crowea saligna and a form of Crowea exalata. The former parent may have been a form of C. saligna from the Central Coast of New South Wales. The latter parent comes from northern Victoria. 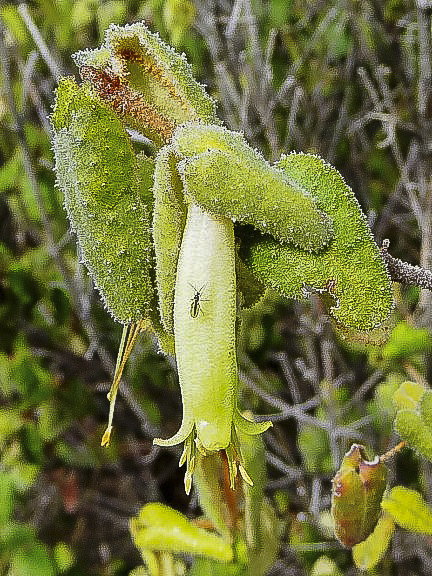 Correa reflexa is a species that occurs in every state except Western Australia. Growth habit, foliage shape and flower colour all differ dramatically across the range of this species. Perhaps in the future these differences will provide fertile ground for a botanist to split Correa reflexa into many new species. 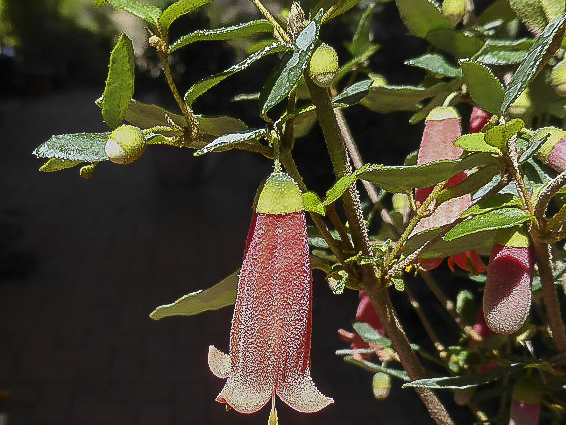 Correa ‘Cardinal Bells’ is a compact shrub reaching a height of one metre. The foliage is bright green. The eye-catching, large, tubular flowers are orange/red and appear in large numbers in the cooler months. As with all the Correas the flowers, of this cultivar, are rich in nectar consequently the blooms are a magnet for honeyeaters. 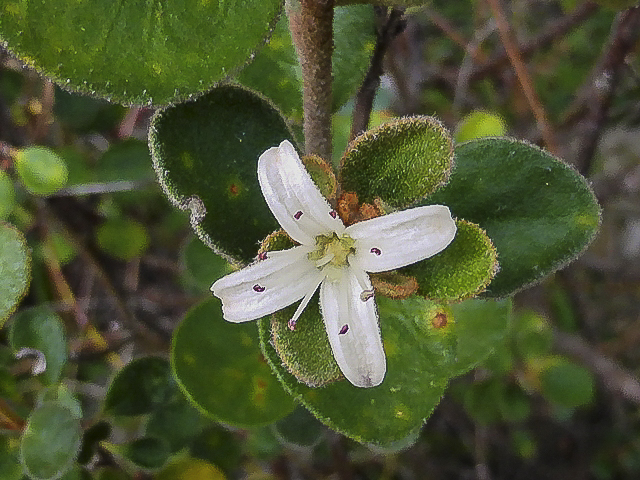 Correa alba is a rounded, dense shrub that may reach a height of three metres. In our cold climate garden specimens reach a height of about two metres. Leaves are almost circular, greyish-green with a rounded end. The flowers are not typical tubular Correa flowers. Correa alba has blooms that are more flattened and star-shaped. They are usually white with some forms having blooms with a pink tinge. The main flowering period covers autumn and winter with sporadic flowering at other times. 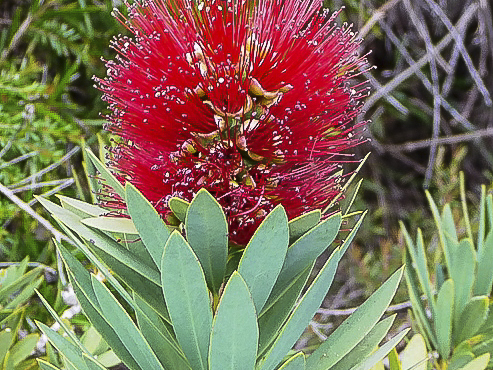 Callistemon ‘Little John’ is an attractive dwarf, rounded shrub that reaches a height of one metre by one metre wide. The narrow leaves are an unusual blue-green and crowed along the stems. Flowering is prolific in spring and in our cold climate garden plants also bloom in autumn and winter. Honeyeaters visit the flowers. Growth habit, foliage and flowers are attractive features. 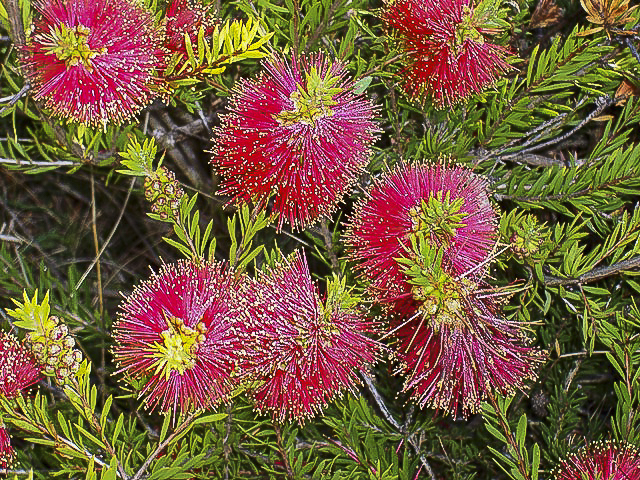 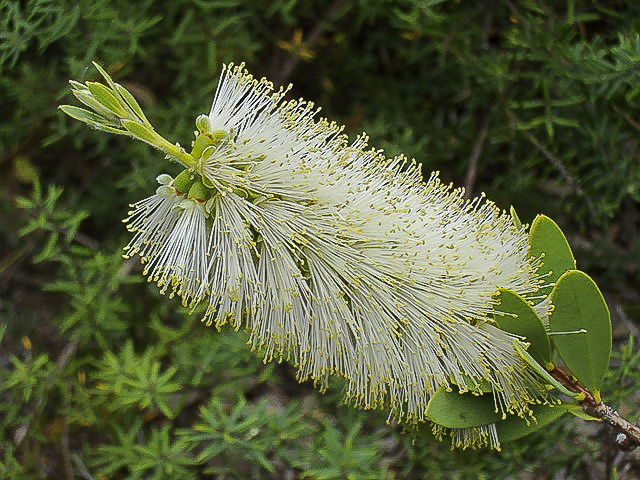 Callistemon ‘Anzac’ is a form of Callistemon citrinus collected from a wild population on Anzac Cove, southern Sydney NSW. The cultivar was registered in 1986. It is a sprawling shrub growing to a height of one metre with a maximum spread of three metres. In our cold climate garden plants seldom exceed one metre across. 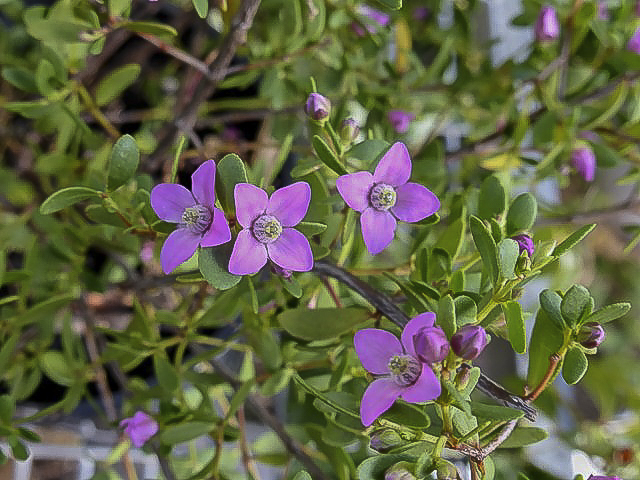 Boronia crenulata, sometimes known as the Aniseed Boronia, is a Western Australian native and is found in the southwest corner of that botanically rich state. This small shrub will reach a height of about one metre with a similar spread 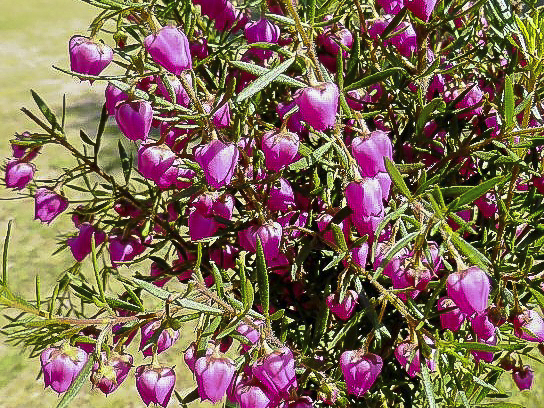 Boronia ‘Carousel’ has an obscure origin. Possibly it was originally selected from the wild in the Albany district of Western Australia. ‘Carousel’ is a tall shrub reaching two metres in height. The pinnate leaves are aromatic, dark green and up to 35 millimetres long. Flowers are bell shaped, 8mm long, bright pink aging to deep red and are both conspicuous and profuse. Flowering occurs from late September to November. 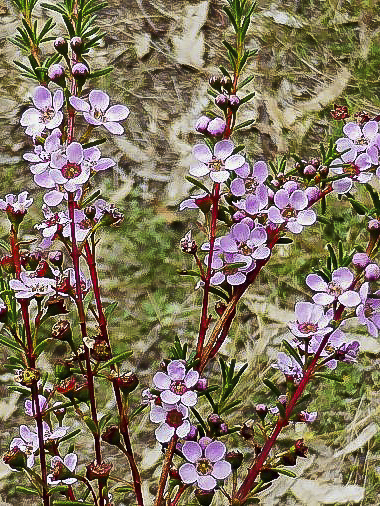 Astartea ‘Winter Pink’ is a dense shrub that will reach a height of about 50 centimetres with a similar spread. The aromatic leaves are about four millimetres long and carried in whorls around the stems. The flowers are 10 millimetres in diameter, deep pink and carried from April to October. Blooms are both profuse and conspicuous. 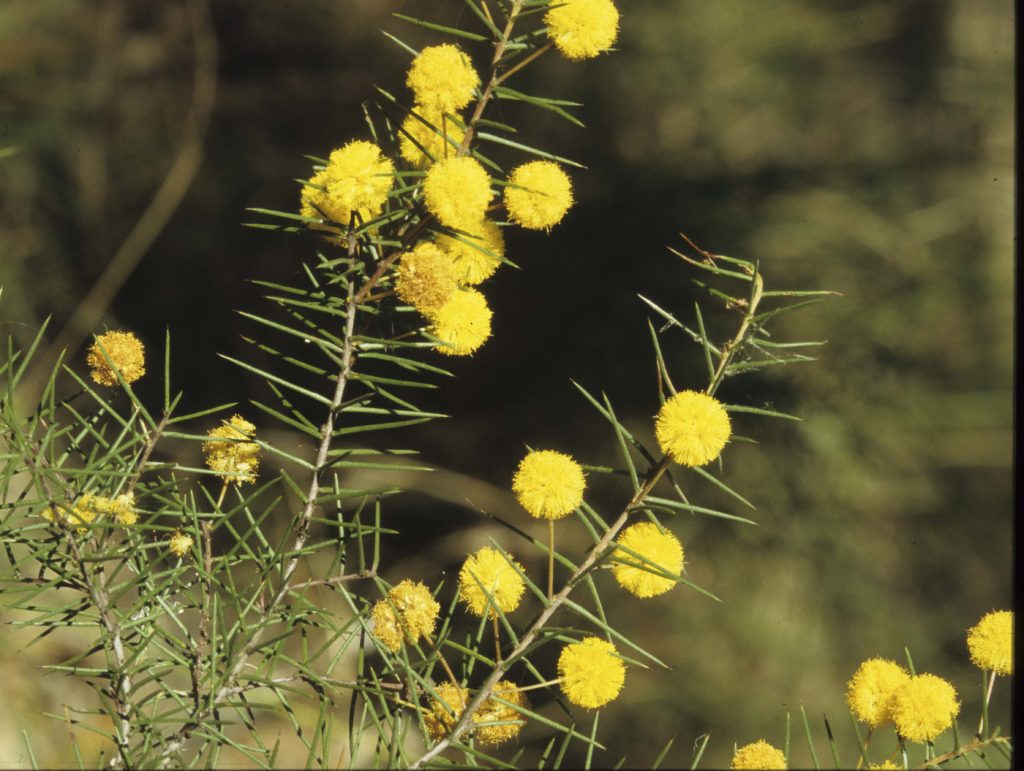 Acacia brownii, the Heath Wattle, is a small shrub reaching a height of one metre. The phyllodes are rigid, 4-angled, about two centimetres long and crowned with a sharp point. The flowers are held in globular clusters with 12-30 flowers in each cluster and bright yellow. 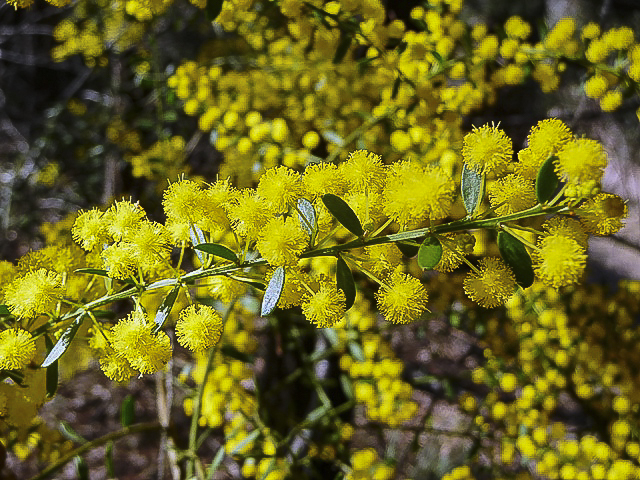 Acacia acinacea is a small to medium shrub that is found in south-eastern South Australia, most of Victoria and southern NSW. Phyllodes are small, elliptic with an offset mucro (pointed end). There is a small gland near the centre of the phyllode margin. The flowers are in globular heads with 8-20 flowers in each head. Blooms are bright golden and carried in pairs at the base of each phyllode.