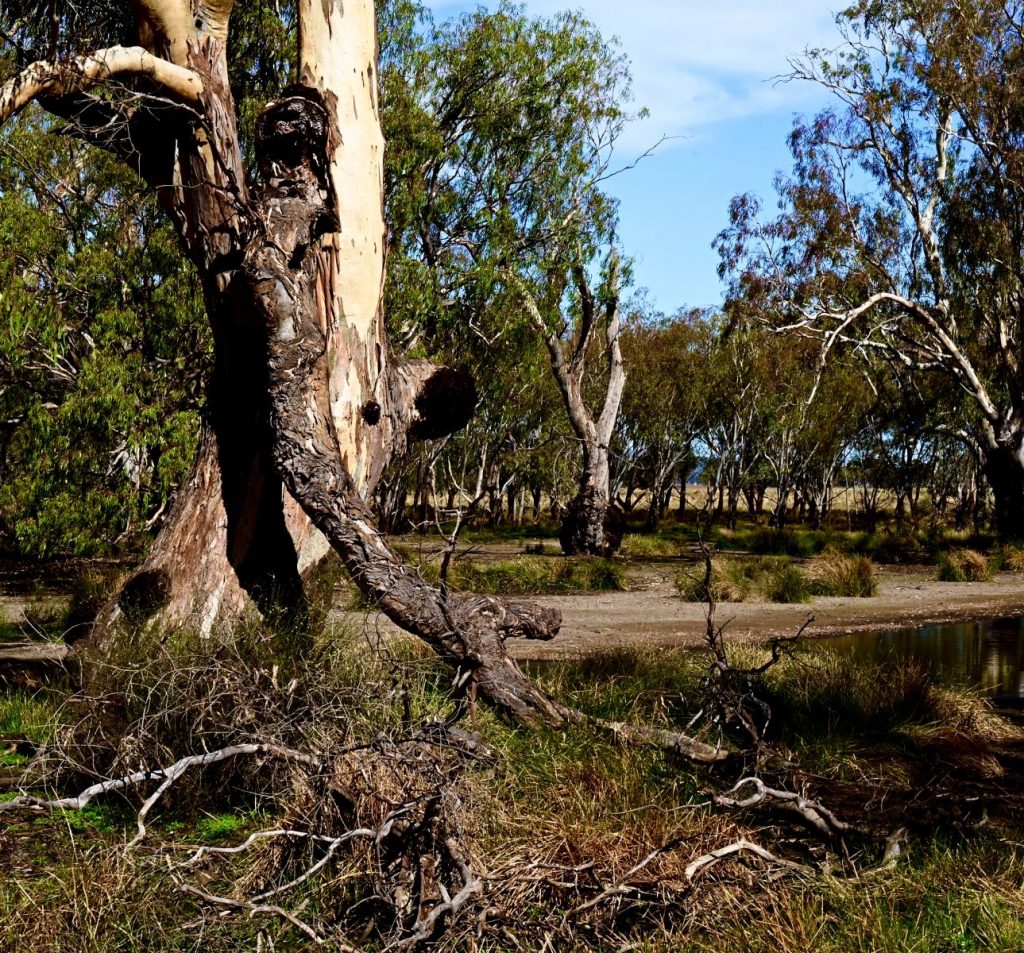 When Rob Webb spoke, it was obvious that he would never contemplate growing cotton. He wanted to preserve the land that his family had farmed for four generations since 1874. He did not wish to make the mistakes of the past. 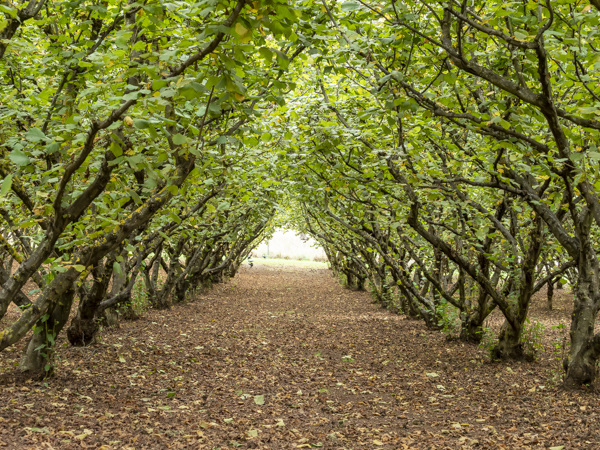 Jean and Basil Baldwin have established a 500-tree hazelnut plantation that produces a good income when water is available. The plantation thrives on a rich basaltic soil and is irrigated with a plentiful supply of bore water. 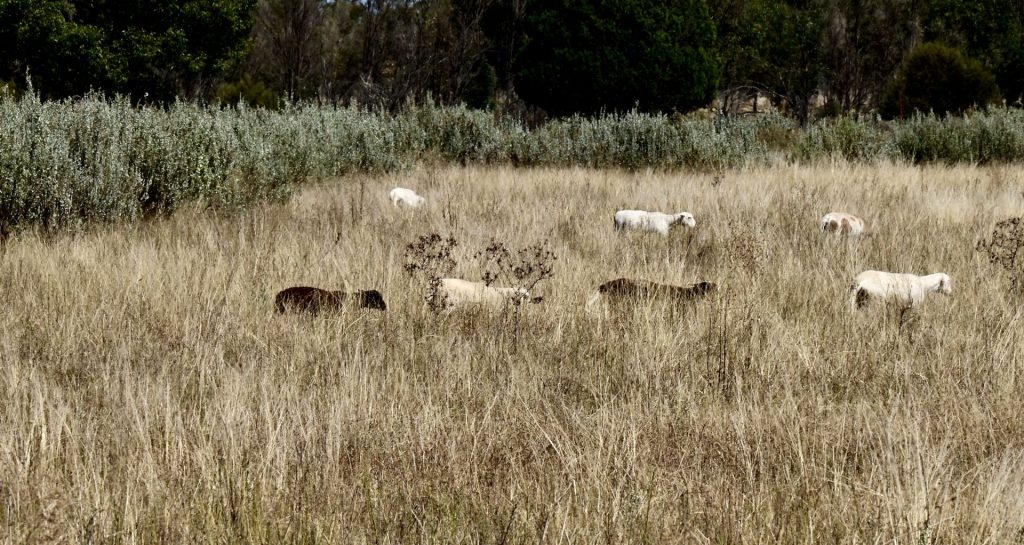 Bruce Maynard’s ‘road to Damascus’ as a conservationist began when he was a young man. Bruce realised that farmers investing in fertilisers, herbicides, pesticides and irrigation while deep-ploughing their land to grow a high yielding crop was not sustainable. 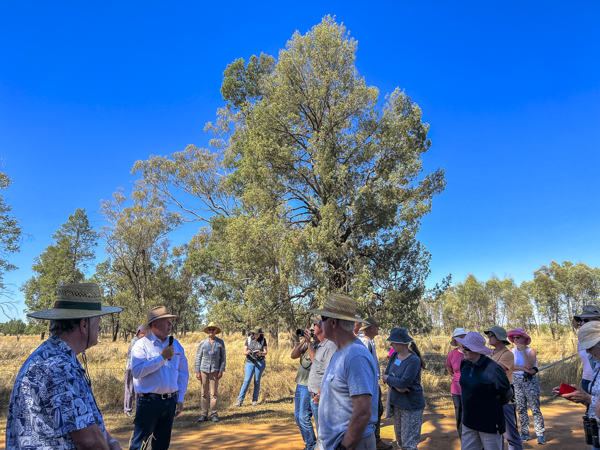 About 45 APS members joined this 4-day trip which included visiting 6 private properties around the Orange, Dubbo, and the Narromine area. A visit was also made to the Burrendong Botanic Garden and Arboretum 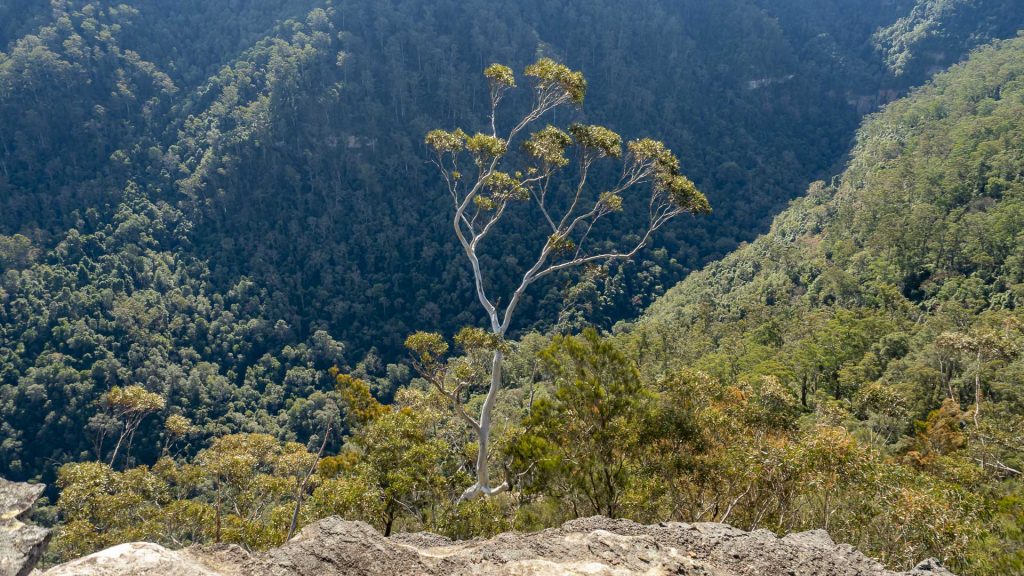 The Great Southern Forest proposal is a widely researched, solutions-based initiative for the carbon and biodiversity dense SE NSW native forests. It offers nature-based solutions to critical national and
global problems and with great benefit for climate stabilisation, environmental and economic success,… 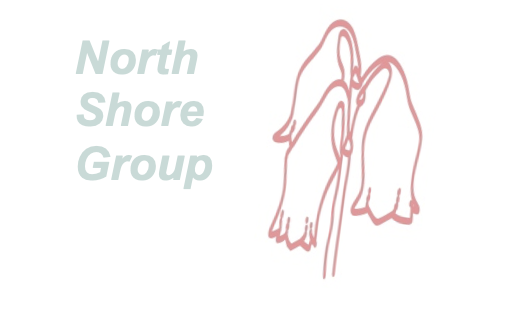 Here is a submission prepared by our North Shore Group on the development of the sports field at Westleigh Park. The site has high quality containing threatened communities (Sydney Turpentine Ironbark Forest and Duffys Forest) and rare plants (Melaleuca deanei, Tetratheca glandulosa, Epacris purpurascens and Darwinia biflora). There is also an area of critically endangered Bluegum High Forest (Dog Pound Creek) adjacent to the site.

How can APS members be more effective in conservation efforts? A talk by Chris Gambian, CEO of the Nature Conservation Council of NSW 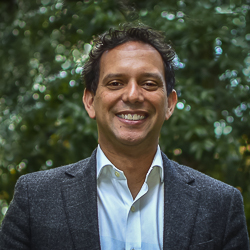 Conserving native plants has always been a core value of APS. In the recent APS NSW survey, members expressed that they want us to increase our focus on conservation. So on the 16th March 2022, at our quarterly APS NSW gathering, Chris Gambian was invited to come and talk to the group about how APS NSW can be more effective in conservation efforts.

What plant, where? A talk by Professor Michelle Leishman 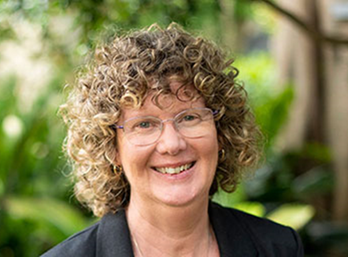 At the Parramatta and Hills February meeting, the speaker was Prof. Michelle Leishman from the School of Biological Sciences at Macquarie University.

The latest newsletter on funding for research on Australian flora 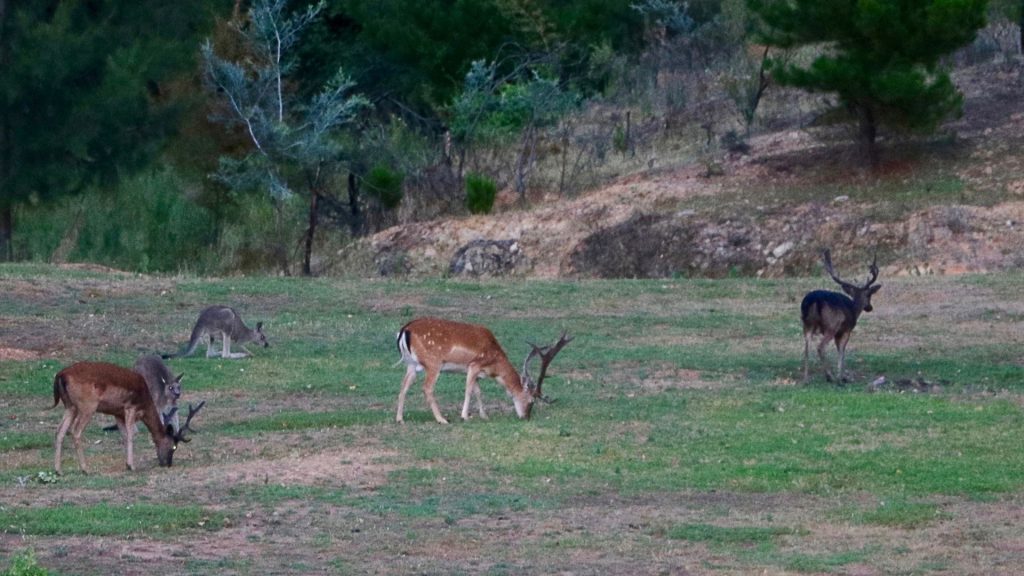 The Fighting Plagues and Predators report was developed by CSIRO and the Centre for Invasive Species Solutions. It provides a consolidated look at the state of Australia’s invasive species problem and a path towards a pest and weed-free future. 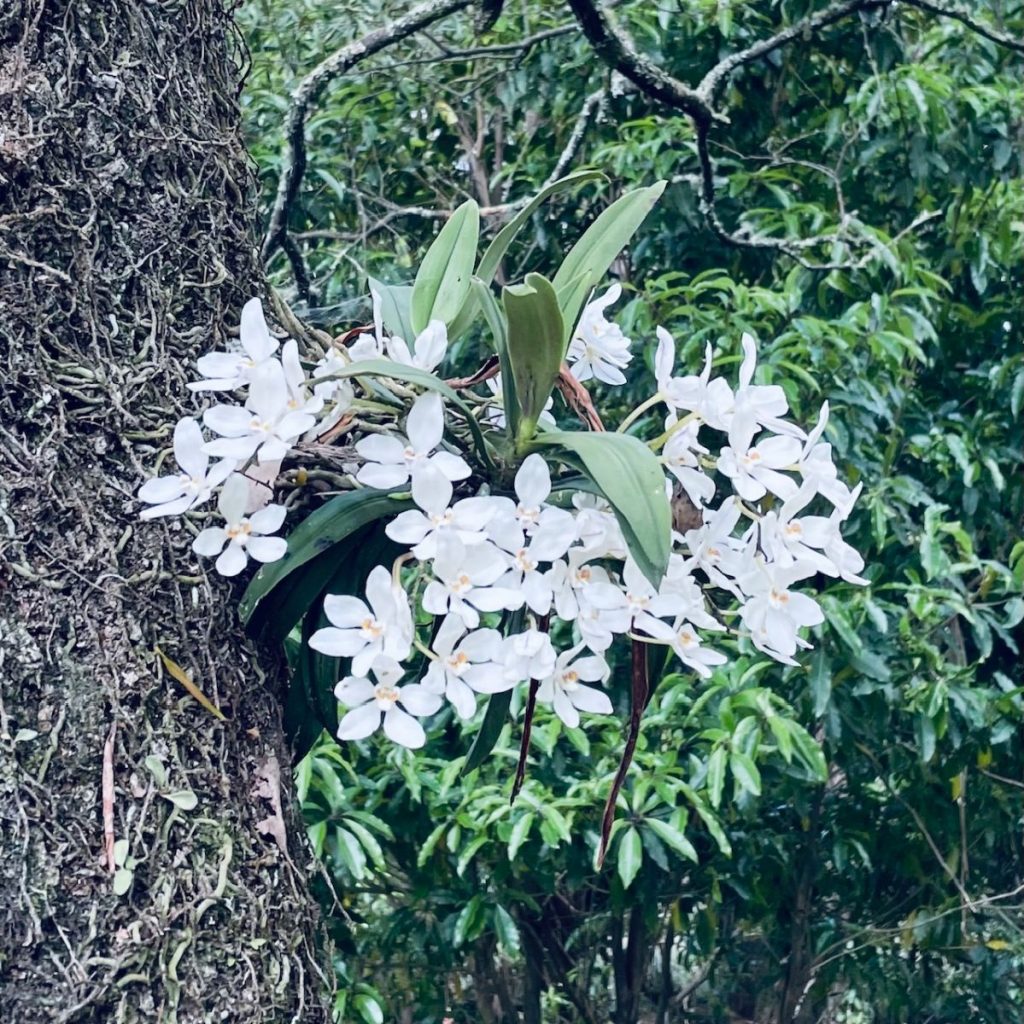 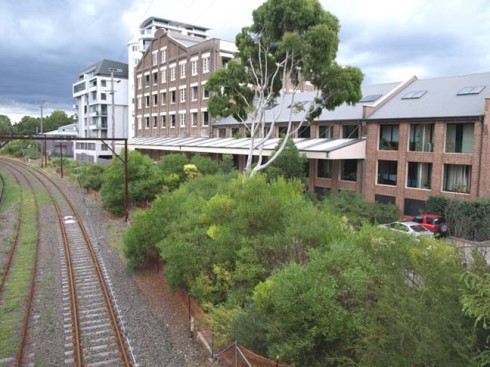 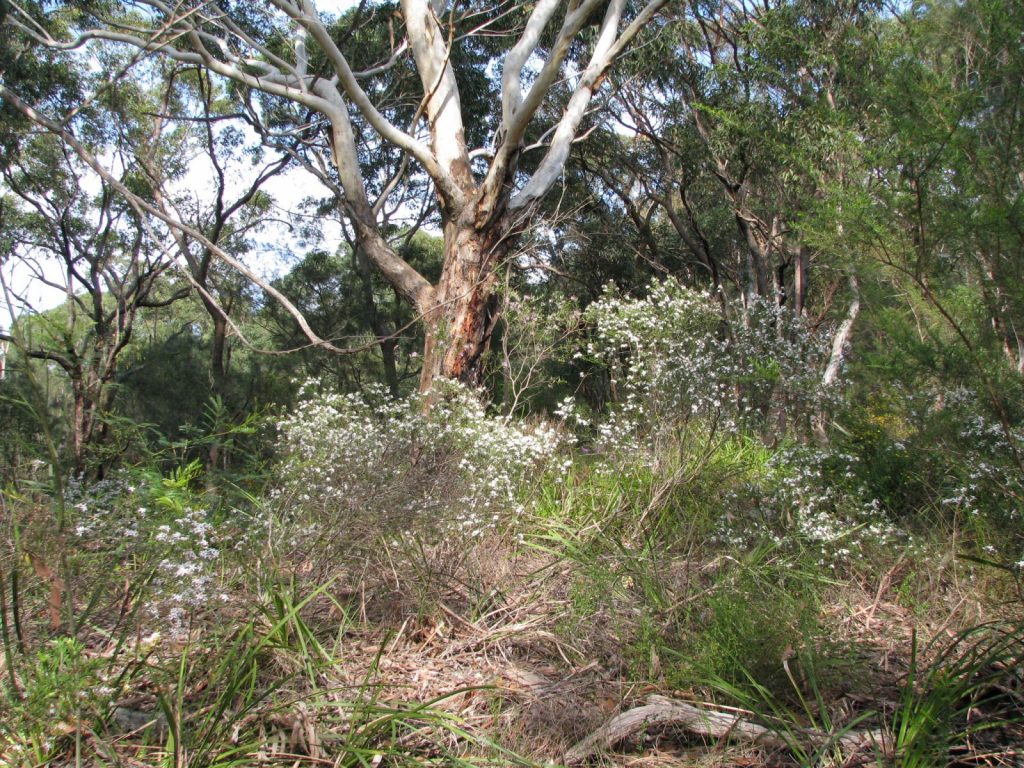 Is this where we are headed? 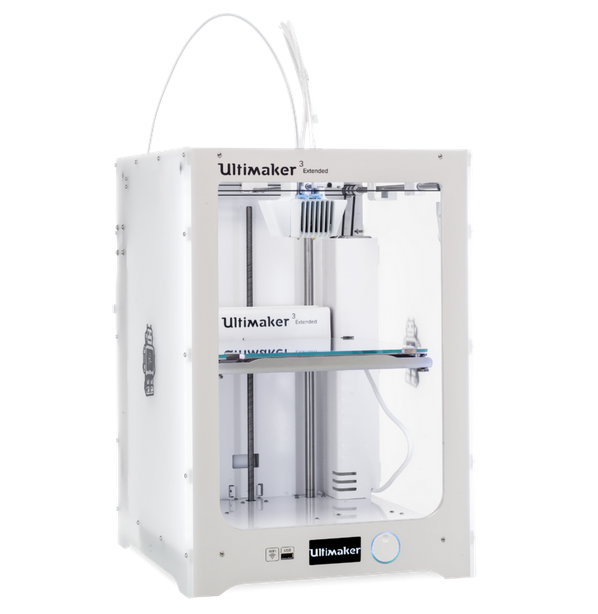 The Joseph Banks Society in the UK is a small, volunteer-led charity which publishes an occasional newsletter.

Since 1981, the Australian Flora Foundation has funded almost $1 million in scientific research into Australian native flora.

The Australian Flora Foundation newsletter Research Matters, No. 34, July 2021 is now available. In 2021, the foundation celebrates its 40th year of operations since 1981, funding scientific research into the biology and cultivation of the Australian flora. 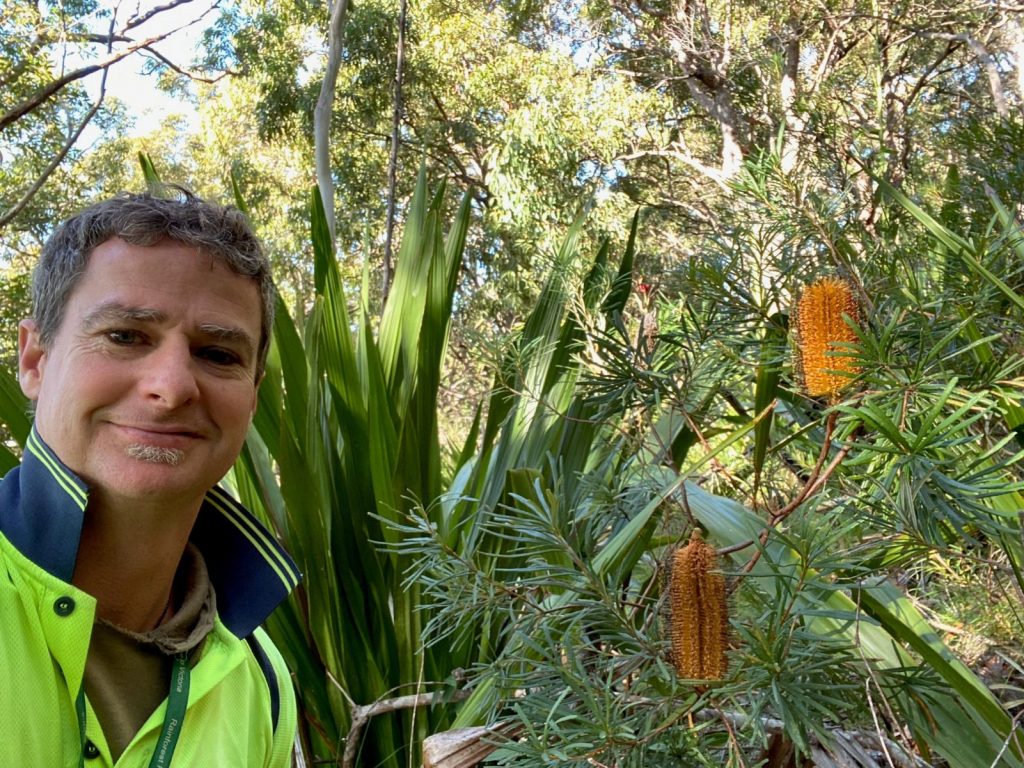 Dan is a fully qualified botanist who works as a botanical consultant. Dan undertakes flora surveys, providing information for vegetation mapping and type-determinations… 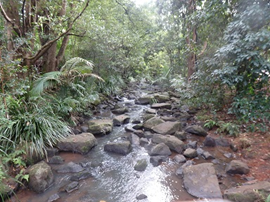 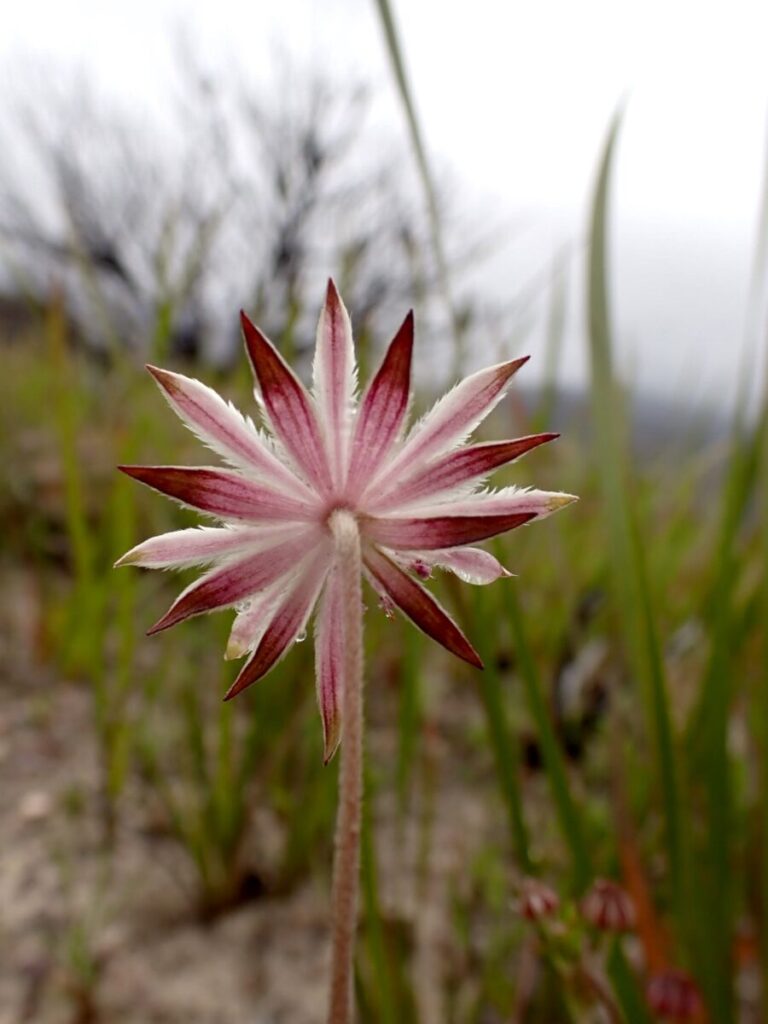 Over the last few years, Lloyd Hedges with Menai Group has donated large numbers of pink flannel flowers, Actinotus forsythii, to our botanic gardens. These are tricky plants to propagate and keep alive and Menai seems to have nailed it! 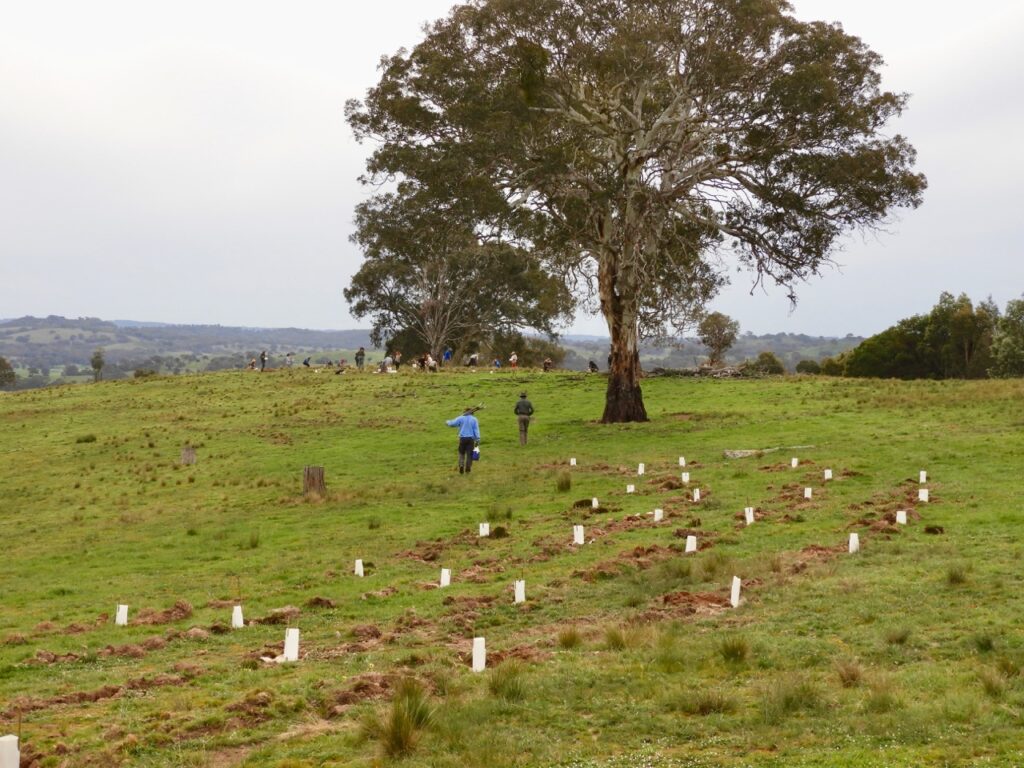 NSW is 80% agricultural land and so understanding how that land is being managed for health and supporting regenerative farming are important. A few members, including Graham Fry, East Hills and member of Oatley Flora and Fauna (OFF) and Ralph Cartwright, Sutherland, contributed their weekend to plant trees for regenerative farmer, Vince Hefferman

Caring for her local reserve 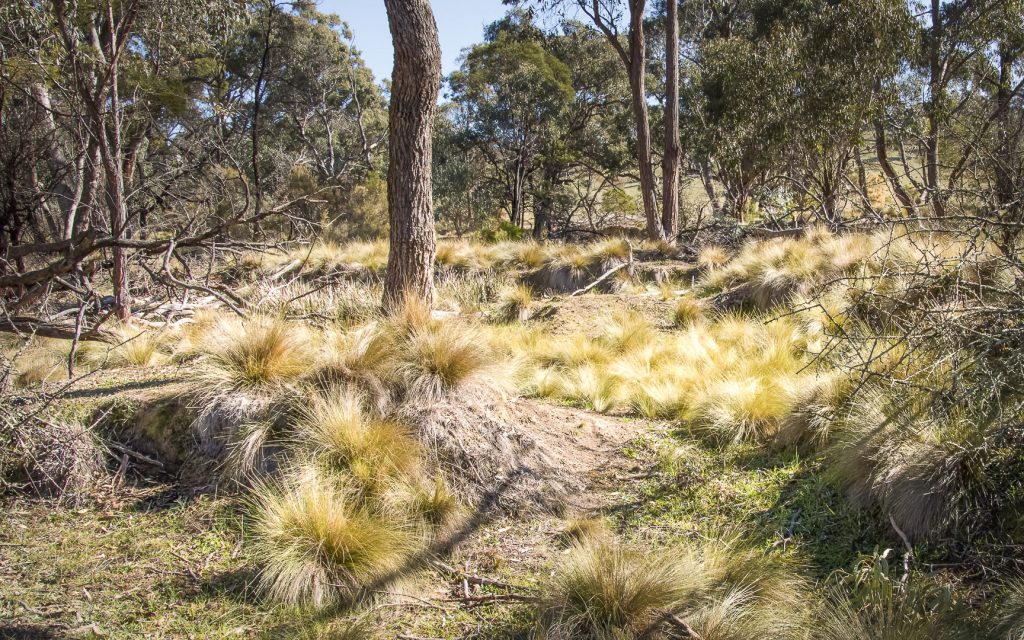 Besides being an active member with APS Southern Tablelands group, Ash is also a Crown Land Manager of Alison Hone Reserve along with four other APS members. We are also members of Goulburn Field Naturalists Society and when this group was approached to take over, we agreed rather than let the area fall into disrepair.

Revegetation of degraded properties out west 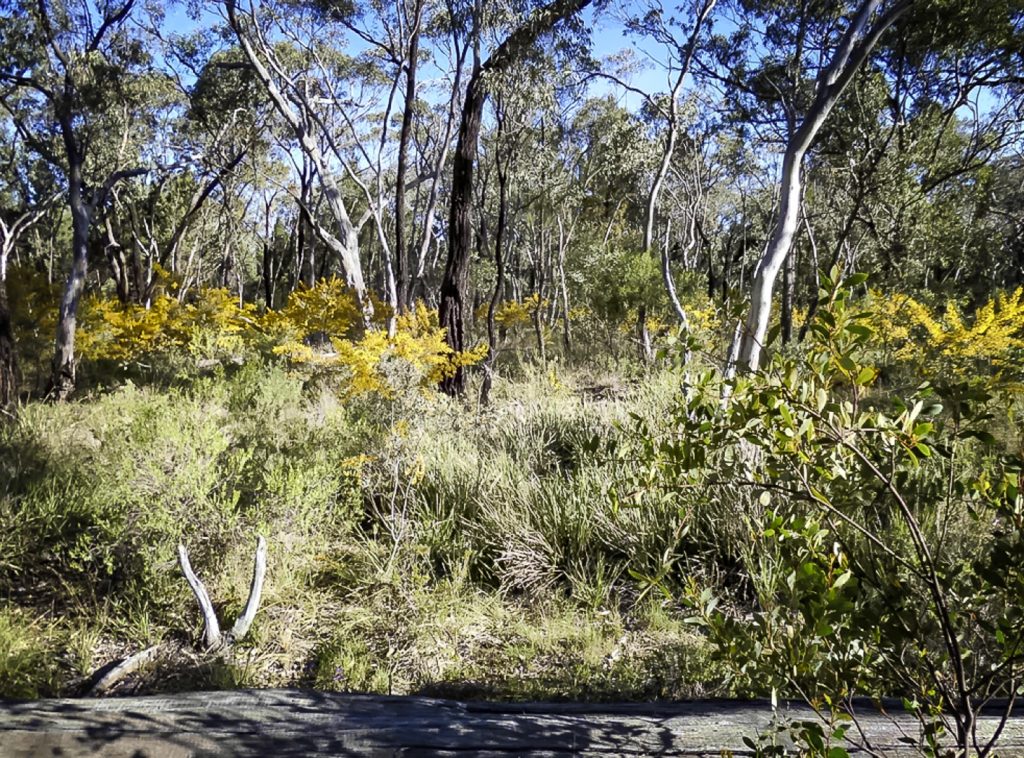 Andrew Knop and his wife Jennifer have regenerated their two properties at Dubbo and Narromine. When purchased, their properties were degraded due to livestock grazing and feral animals

For many years, Jen Ashwell and Tim Hayes have supported the planting of endemic species in the Goulburn area. Over the last 10 years, Jen has been growing endemic plants for the Goulburn Wetlands. 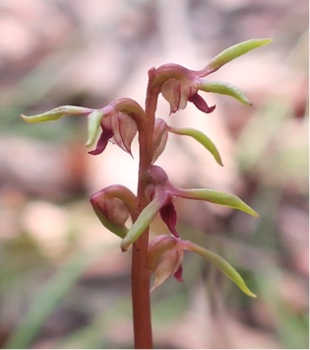 Genoplesium baueri R.Br., an endangered terrestrial orchid species endemic to the Sydney Basin …Each summer from late December to May-June, Wendy Grimm, a member of the North Shore group… 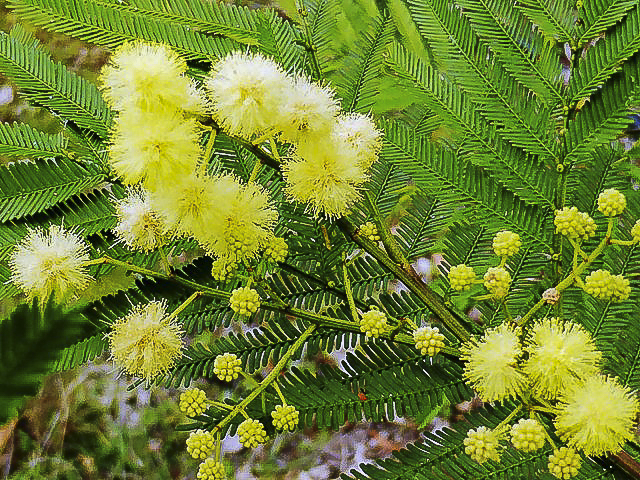 APS NSW is a member of the Nature Conservation Council and Margery is our representative. Here is her update from the 2020 Annual Conference.

I volunteered to be the primary editor to expand the plant profile database on the APS NSW website. These profiles are the most visited pages on our website! This year, various authors, primarily Jeff Howes, Heather Miles and Rhonda Daniels drafted approximately 200 native plant profiles, with a focus on how to grow the plants in the garden… 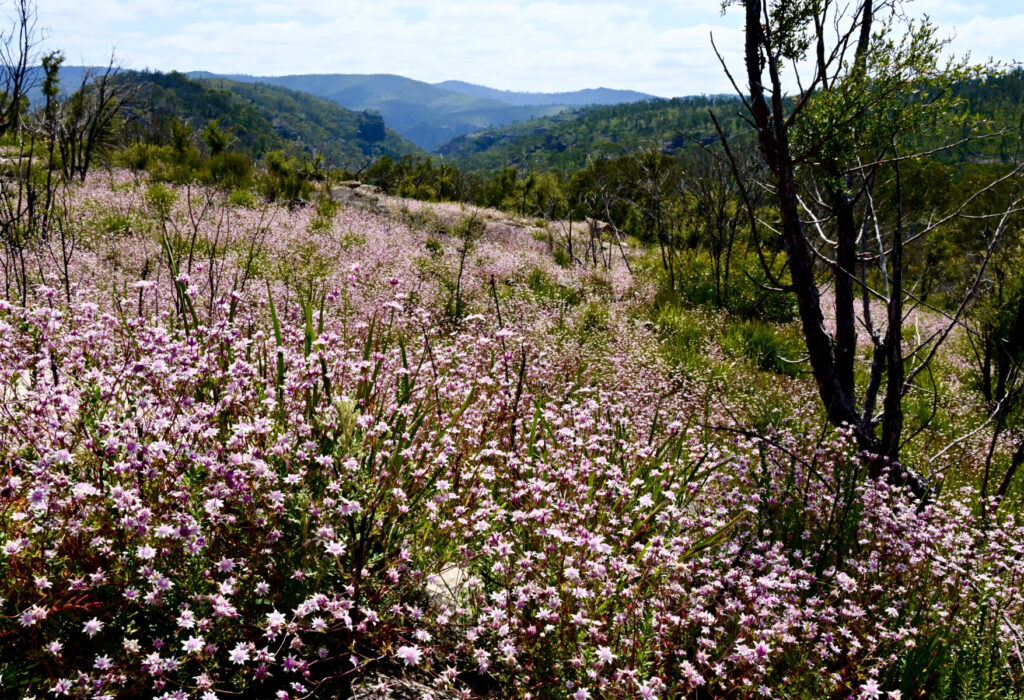 A year after devastating fires that razed the bush, Pink flannel flowers, Actinotus forsythii, have been found growing en masse, in a flora bonanza attracting much interest. They are not rare, but the mass flowering is triggered by a smoke-derived chemical. 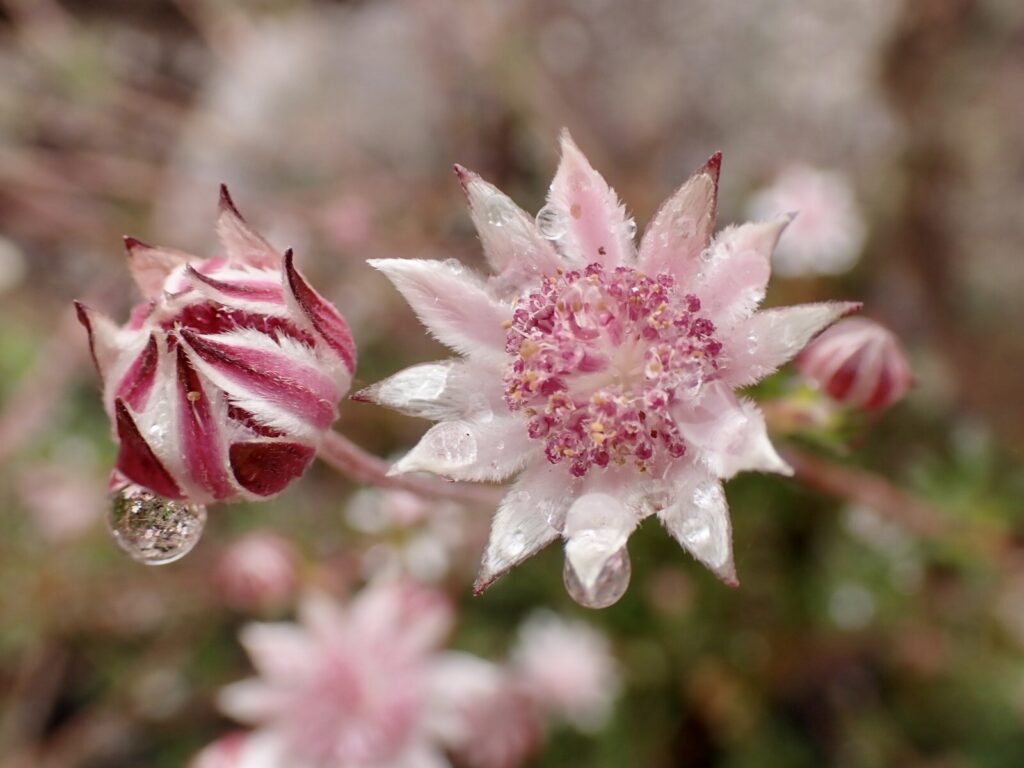 Lisa captured these upclose images of the pink flannel flowers in the Blue Mountains in January 2021.

Friends of Grasslands (FoG) is offering a small number of grants of up to $1500 each in 2021 to support projects that promote understanding, conservation and management of native grassy ecosystems. Any individual or organisation can apply by 30 April 2021.

The Australian Flora Foundation newsletter Research Matters, No. 33, January 2021 is now available. In 2021, the foundation celebrates its 40th year of operations since 1981, funding scientific research into the biology and cultivation of the Australian flora. 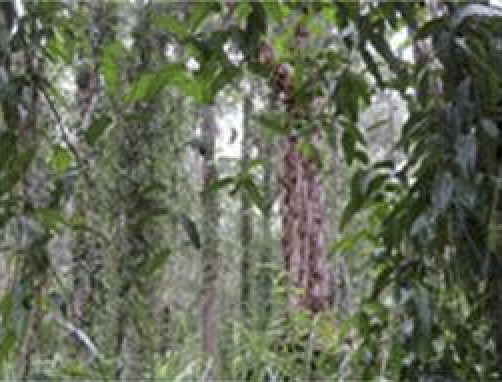 ‘River-flat eucalypt forest on coastal floodplains of southern New South Wales and eastern Victoria’ has been listed as a threatened ecological communities under the federal Environment Protection and Biodiversity Conservation Act 1999. This forest is habitat for many threatened and fire-affected species, including Platypus, Swift Parrot, Greater Glider, Koala and the Camden White Gum.

City and country planting trees together 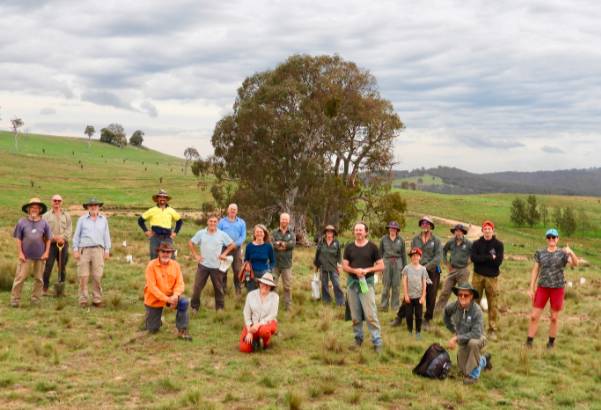 Graham Fry, the President of East Hills Group is also a member of the Oatley Flora and Fauna (OFF) group. At their February 2020 monthly meeting the guest speaker was Vince Hefferman. Vince owns a sheep property in the Gunning area in the southern tablelands. Some years ago he realised that the way the property was managed was not sustainable and that there had to be a better way. 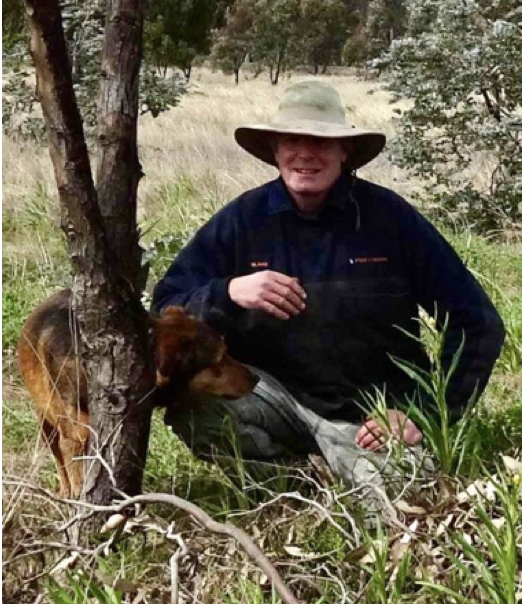 Andrew and his wife Jennifer have regenerated their two properties at Dubbo and Narromine. When Andrew and Jennifer purchased their properties, they were degraded due to livestock grazing and feral animals. 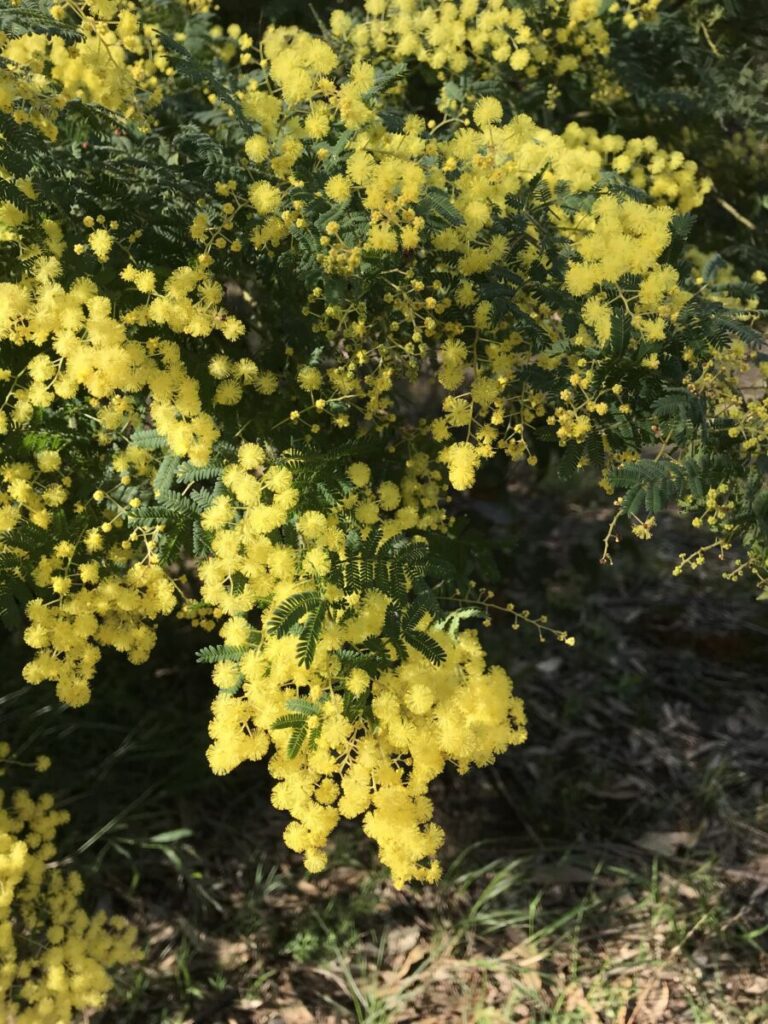 In August 2020, APS Parra Hills members and visitors walked the Duck River track through Wategora Reserve at South Granville. There were several stands of very healthy plants of Acacia pubescens (Downy Wattle), a plant which is listed as vulnerable but which flourishes in the reserve, all flowering beautifully.

A weekend of tree planting for regenerative farming

Ralph Cartwright reports on a weekend of 30 volunteers planting 1,800 native trees and shrubs to support regenerative farming on a sheep property north of Canberra.

In search of Acacia gordonii 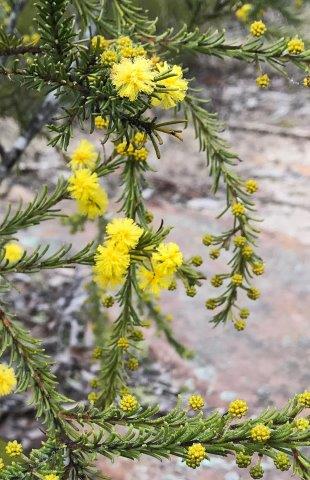 Our walk was to inspect the endangered species, Acacia gordonii. This little acacia, usually about 1 metre high, has single, very bright gold flower heads on long stalks. We were hoping that other species would be starting to flower this early in native plant spring. We were certainly not disappointed.