The regeneration of the vegetation of Moreton National Park, following the Currawan mega blaze of January 2019, has followed the familiar course of ecological succession. Mass germination of seedlings from the accumulated seed bank occurred throughout 2020 and into 2021. This was complemented by regrowth from underground bulbs and corms and from stem bases, lignotubers and epicormic strands. These initial steps in the path to recovery were described in the June Journal of ANPSC. A feature of this period was the mass flowering display from obligate pyrogenic plants that require hot fires to break seed dormancy and included such species as Actinotus forsythii, the Pink Flannel Flower. Also prominent in 2020 were the numbers and diversity of orchids appearing out of the beds of ash.

All the sites studied during the 2020-2021 growing season, namely Bulee Pass, Touga Road, the Pylons, Nissan and Kris’s Knoll were revisited in October and November 2021 at the peak of the spring flowering period.

The main feature of spring 2021 was the increased cover and flowering of the shrub component in the landscape, including heaths in the families Ericacae and Myrtaceae, peas in the family Fabaceae, guinea flowers in the family Dilleniaceae and members of the Goodeniaceae and Proteaceae. Most of these had germinating from seed and rootstocks in 2020 when many were difficult to identify. However, there was a mass display from a semi herbaceous species, Dampiera stricta that had already been seen growing in abundance in the previous autumn. In contrast, the large stands of Pink Flannel Flower seen in the previous summer had disappeared without trace.

Many species are flowering as small, single stemmed plantlets. All are less than two years old. Mirbelia pungens and Pultenaea tubercula, shown below, had never been previously recorded here or at any of our sites on pre-fire ANPS trips.

Some of these shrubby species are also regenerating from seed

This small site, just off the Nerriga road, is rich in orchids and heaths and although it contains many of the species seen in our other sites, it does have some special botanical features. Like the other sites, the shrub layer was burnt outright by the fire with only burnt sticks indicating their previous presence. Mirbelia baeuri had never been recorded here on previous ANPS surveys. 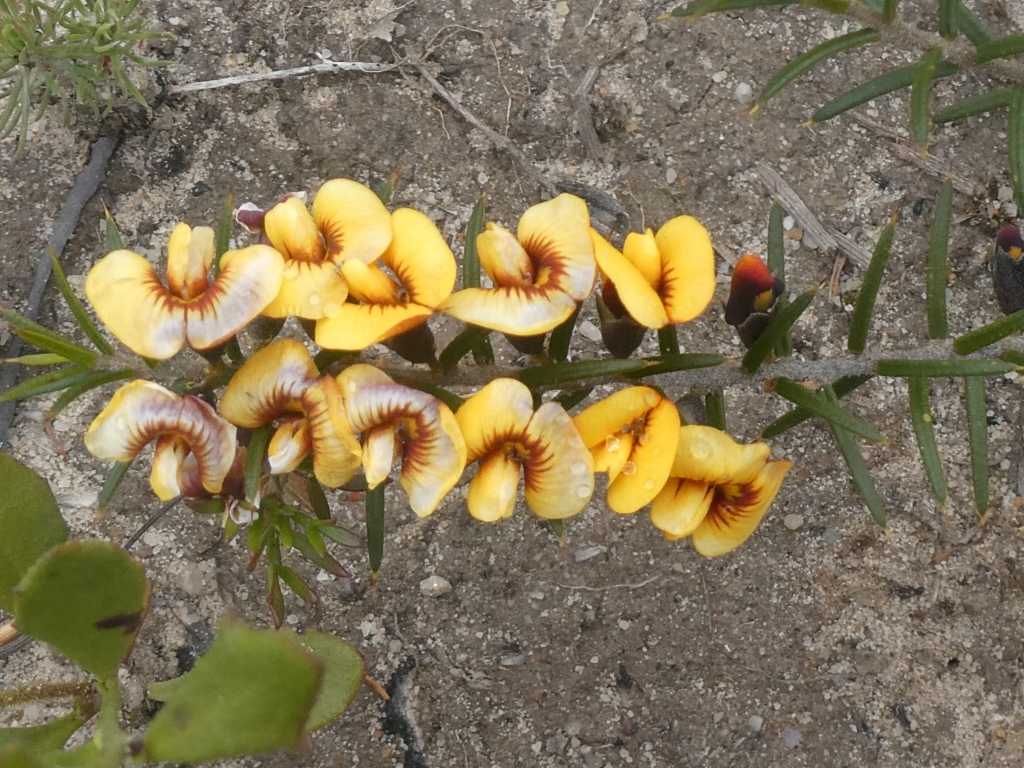 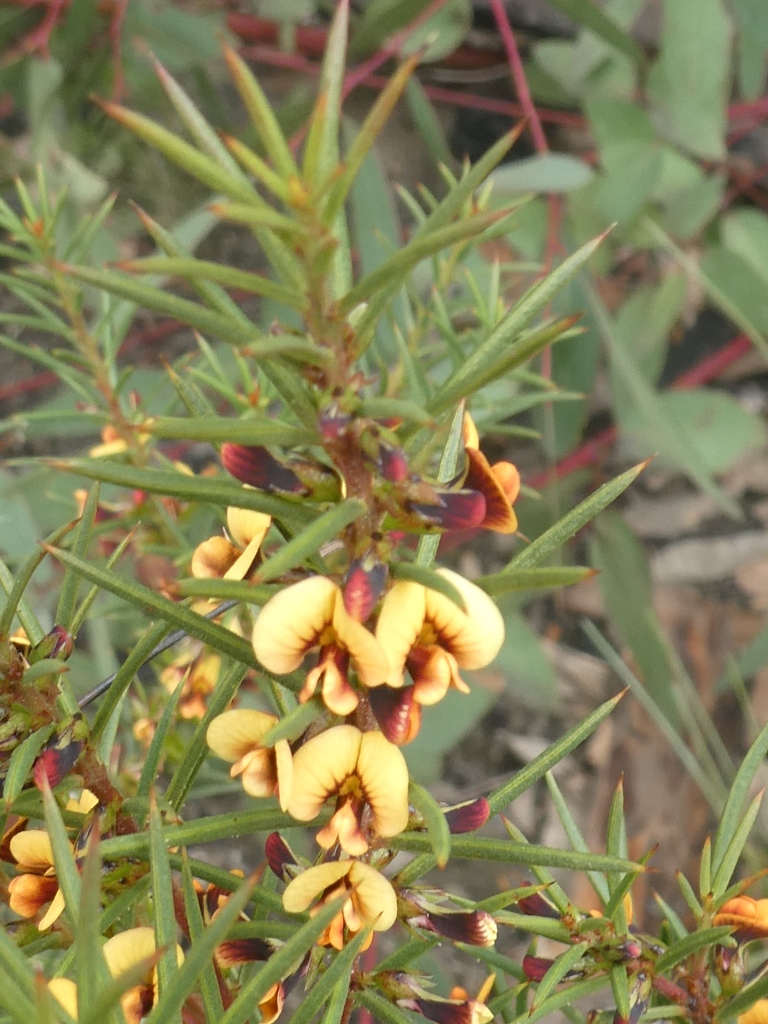 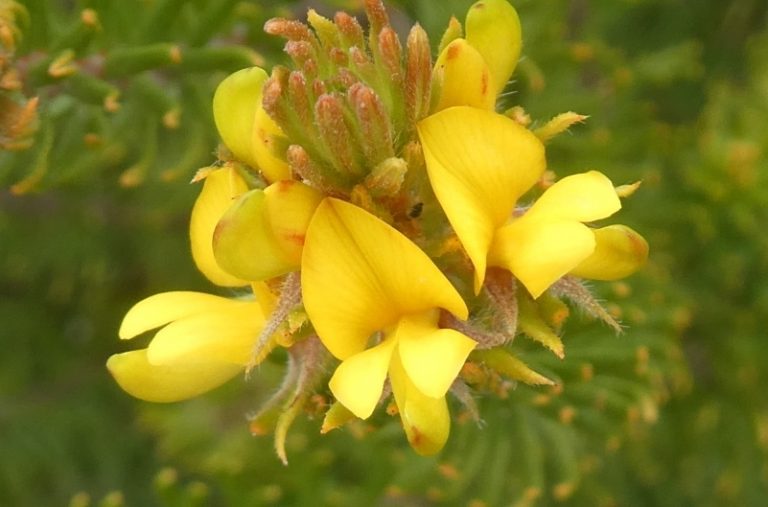 2. Regeneration from rootstocks and bulbs

A short walk along the access track to the electricity pylons leads to an extensive area of rock platforms that have become easily traversable since the fires. This was an area where we discovered large populations of orchids emerging from the ash during 2019-2020. A characteristic of these platforms is the presence of a series of isolated sand hummocks that support the regenerating vegetation including the orchids.

This is Part One of this story. See Part Two here. This article first appeared in ANPS Canberra journal.

Dr Roger Farrow is a retired insect ecologist who previously worked in the Division of Entomology at CSIRO. After retiring, he joined the Canberra Branch of the Australian Native Plants Society to further his interest in native plants and their relationships with insects, especially pollinators. For more than two decades, he has led excursions with members of the Society to places of botanic interest both in the local area and further afield. He is the author of Insects of South-Eastern Australia: An Ecological and Behavioural Guide (CSIRO 2016) and co-author of Field Guide to Orchids of the Southern Tablelands of NSW Including the ACT (2020). He can be contacted by email at r.farrow@iimetro.com.au.