For Part One of this story, see here.

This site near Sassafras is named after the Nissan sports car torched here. An extensive and impenetrable heathland previously covered the rock shelves of this area. Like the Pylons, it was a mecca for orchids in the autumn following the fire, including two threatened species. Unfortunately, it then became easily accessible to 4WD hoons who dug deep ruts over much of the area. After much lobbying, vehicle access has been stopped by a roadside barrier installed in 2021, but it will be a long time before the damaged ground will recover.

The first plants to appear after the fire were the sedges but by spring 2021, these were being outgrown by the heaths coming back from seed and rootstocks. This area had a spectacular display of Pink Flannel Flower in summer 2021 but no traces of this species remain. Its place has been taken by the blue of the Dampieras.

This area just to the east of Sassafras consists of extensive rock platforms surrounding a rocky knoll. This knoll was covered with an impenetrable thicket of Allocasuarina littoralis before the fire. These were killed by the fire enabling us to climb to the summit for the first time in February 2020, led by Kris Nash. 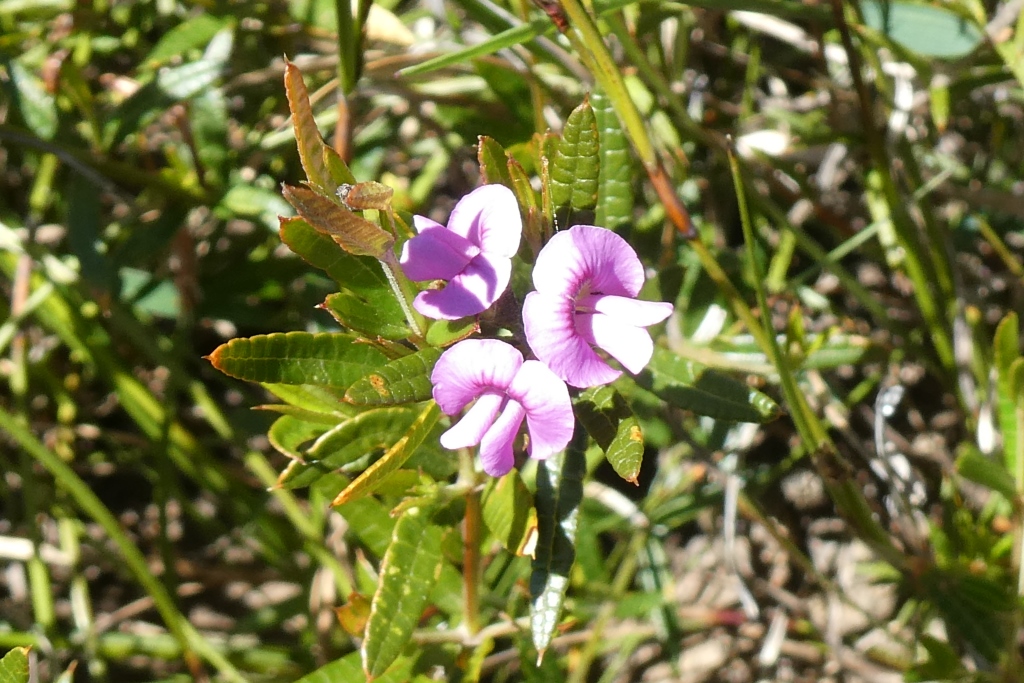 This is another site with a diverse array of orchids, including species that are more common on the coast.

There is a slow but sure recruitment of species that were present before the fire. There is no reason to suppose that this fire eliminated any plant species whether common or rare, because of their adaptations to survive fire.  In fact, many species are now more abundant than before the fire due to recruitment from the seed bank and lack of competition from the shrub layer. As the shrub species recover and the canopy closes, many species will decline from competition and some may disappear altogether except for their germ plasm, stored in the seed bank waiting for the next hot fire.

Words and images by Dr Roger Farrow. This article first appeared in the ANPS Canberra Journal.

Dr Roger Farrow is a retired insect ecologist who previously worked in the Division of Entomology at CSIRO. After retiring, he joined the Canberra Branch of the Australian Native Plants Society to further his interest in native plants and their relationships with insects, especially pollinators. For more than two decades, he has led excursions with members of the Society to places of botanic interest both in the local area and further afield. He is the author of Insects of South-Eastern Australia: An Ecological and Behavioural Guide (CSIRO 2016) and co-author of Field Guide to Orchids of the Southern Tablelands of NSW Including the ACT (2020). He can be contacted by email at r.farrow@iimetro.com.au