Kyrill Taylor was a member of APS NSW and the Fern Study Group for over forty years. He was a member of East Hills Group (now Harbour Georges River) for thirty years, and of the Eremophila Study Group for eighteen years. He was East Hills Group (EHG) delegate to the APS NSW Council (now Board) for many years, and served as its Vice President for six years. In all these groups, Kyrill made a valuable contribution.

He also spread the word about ferns and Australian native plants generally, giving talks and manning plants stalls. Kyrill loved Australian native plants, loved learning about them and growing them, sharing his knowledge and enjoying their beauty. To Kyrill, no flower was insignificant: it might be small, but never insignificant. And of course a plant need not have flowers to appeal to Kyrill – ferns were among his favourites.

Kyrill also cared about the people around him. He made visitors and new members feel welcome at meetings, and mentored and encouraged new members. He was eager to share his own knowledge but equally keen to learn from others. He shared plants as well as information – many APS members have plants that he propagated.

Kyrill’s contributions to APS NSW were formally recognised by the awarding of APS NSW Life Membership in 2009.

Kyrill contributed in many ways to the running and development of the Group. At various times he served as President, Secretary, venue organiser and entertainment organiser for our Annual General Meetings. He was a driving force behind a variety of activities, including annual plant stalls at East Hills Girls Technology High School, visits to Sylvan Grove Native Garden and celebration of EHG’s fiftieth anniversary in 2007. At times when the Group might have faded away, he provided enthusiasm and new ideas as well as practical support. For many years, he and his wife Dorothy were first to arrive and last to leave every EHG meeting, ready to unlock and help prepare the venue and welcome visitors and new members, and tidying up before locking the venue.
From Karlo Taliana, member and past President of East Hills Group: One thing that stands out in my mind with Kyrill is that when I entered my very first meeting (I think it might have been the AGM in 2005), he had that typical ‘Kyrill Taylor’ twinkle in his eye and a warm welcoming smile as he approached me. He took me under his wing and mentored me over the next few years as he continued to encourage my interest in native flora. Kyrill was such a great ambassador for our Group and APS … he will be sorely missed!

From Karl Schurr, member of East Hills Group: Kyrill was a great support to me in my early days in the East Hills Group. I have one of his cycads which he very kindly gave me. It fortunately survived transplanting from our garden in Regents Park to our new house. I think of Kyrill each time I look at that plant.

Of all the study groups, the Fern Study Group is one of the most active, and Kyrill was one of its most active members. For over 40 years Kyrill and Dorothy hardly missed a meeting.

Kyrill was an expert at growing ferns. Once I gave him a piece of an unusual form of Blechnum penna-marina. Later, when I saw this plant in a hanging basket in Kyrill’s shade house, it was so proliferous and vibrant. It was growing to perfection. Kyrill knew exactly where to place it for the most favourable conditions, and how to look after it.

Kyrill’s frequent talks about ferns were a delight. He was so knowledgeable, and so good at spreading the word about how easy ferns are to grow. He’d go to many a regional or group meeting as speaker with the car loaded with lots of different species of ferns. His hand-out sheets were practical and enlightening. He had a knack for explaining details in non-technical language.

If you look up the meaning of the name Kyrill you may get a surprise . . . or perhaps not. Like many botanical names, it’s derived from ancient Greek – the Greek word ‘kyrios’ meaning ‘lord and master’. What an apt name!

Kyrill’s philosophy on life can probably be summarised in this First Nation’s Proverb, which was quoted at his farewell:

We are all visitors to this time, this place.
We are just passing through.
Our purpose here is to observe, to learn, to grow, to love . . .
And then we return home.

When thinking about Kyrill and his love of native plants generally, and ferns in particular, the word ‘passionate’ stands out. ‘Passionate’ comes to mind too in describing his relationships with friends. He was a pleasure to talk to. He was so inspiring. Always positive, always enthusiastic, always considerate of others, Kyrill was truly one of nature’s gentlemen.

Kyrill joined the Eremophila Study Group at its inaugural meeting in 2003.

From Charles Farrugia of the Sydney Branch of the Eremophila Study Group: Kyrill got great enjoyment from the ESG Sydney branch meetings and garden visits. I shall always recall Kyrill’s sense of humour and the encouraging conversations about the Sydney Group at the end of each meeting. I also recall Kyrill’s kind advice when he was looking at my Eremophila garden. But most of all I remember Kyrill as an intelligent, kind and honest friend.

Kyrill died on 15 December 2021. We will remember Kyrill for his knowledge and enthusiasm and kindness. We will miss him, his friendship, and his warm and engaging smile.

A bit more about Kyrill

Kyrill Bruce Taylor was born on 8 August 1928 in Grafton, the youngest of four children. When he was eight years old, he and his mother moved to Sydney where he attended Burwood Public School followed by Homebush Boys High. His career involved the supply of electrical cables and related articles, for many years covering the Sydney metropolitan area for Liverpool Electric Cable Co. In later life he set up his own business, Taylor’s Sales and Service, and wondered why he had not done it sooner.

Kyrill met his future wife Dorothy in Sydney in 1952 by chance. It was an instant attraction, but Dorothy lived in Grafton, so they had a long distance romance for a couple of years. They became engaged in 1954 and married at the Grafton Baptist Church on 19 November 1955. After their honeymoon in Surfers Paradise and Coolangatta they returned to the house in Yagoona which, 66 years later, is still the family home. They went on to have three sons, Stephen, David and Simon.

Both Kyrill and Dorothy were heavily involved in groups assisting their boys’ schools. Kyrill served a combined 17 years with the Parents and Citizens Associations of the boys’ primary and secondary schools. He was very proud of his three sons, who all attended University, and who all became qualified accountants.

The family enjoyed summer holidays at Wooli, on the NSW North Coast. As part of family activities, Kyrill revived his interest in playing tennis, which continued for many years. Kyrill’s gardening activities were originally focused on food: he devoted the whole back yard to growing vegetables and had a few fowls. But later he became interested in Australian native plants, started to get rid of the vegetables and began preparing the soil for natives. That started many happy years growing native plants and Kyrill’s involvement with the Australian Plants Society.

Kyrill had many interests. He subscribed to Australian Geographic and Birds Australia magazines, and had a cupboard full of gardening books. He was interested in astronomy and used to attend the open nights at Macquarie University and always enjoyed hearing Fred Watson talk. He even had his own telescope and could often be found outside in the garden watching the stars and the moon. He also enjoyed listening to the ABC and used to carry around a little radio in his pocket to listen to the news.

Kyrill’s other interests included photography and family history. He researched the Taylor family and his mother’s family, the Watts, and found he was connected to the Macfie Clan. Kyrill was also the President of the Cameron Clan in NSW, of which Dorothy was also a member. The Bundanoon Scottish Weekend, held in April each year, was a regular activity. More recently, Kyrill and Dorothy joined the local Probus Club, something to keep them active and occupied. Before Covid, they also enjoyed going to musical concerts and shows at local clubs.

Kyrill’s wide interests, lively curiosity about the natural world and thirst for knowledge were evident in his conversation. With his death, APS has lost a great contributor, Australian native plants have lost a great ambassador, and many APS members have lost a good friend.

My thanks to everyone who contributed ideas and information for this article, including Dorothy Taylor, Karlo Taliana, Ian Cox, Karl Schurr, Liz Cameron, Charles Farrugia and David Crawford. 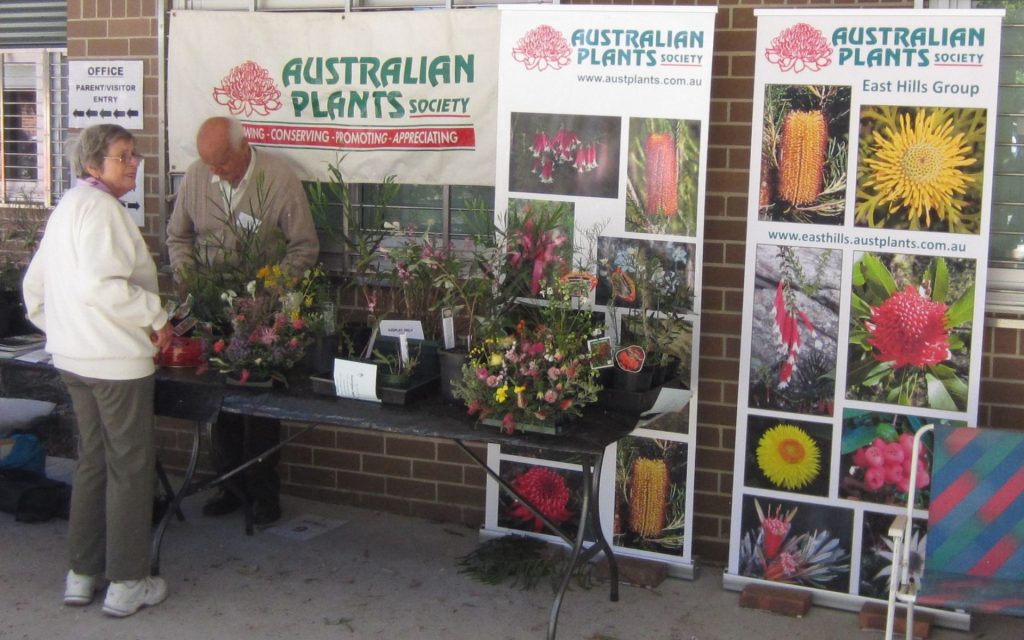