How to grow Australian orchids for a stunning display

This article by Jeff first appeared in GardenDrum in 2015, for the Australian Plants Society NSW.

I have been growing Australian orchids in my Sydney native garden for nearly 30 years. Every year, I get a stunning display that wows everyone who sees it. 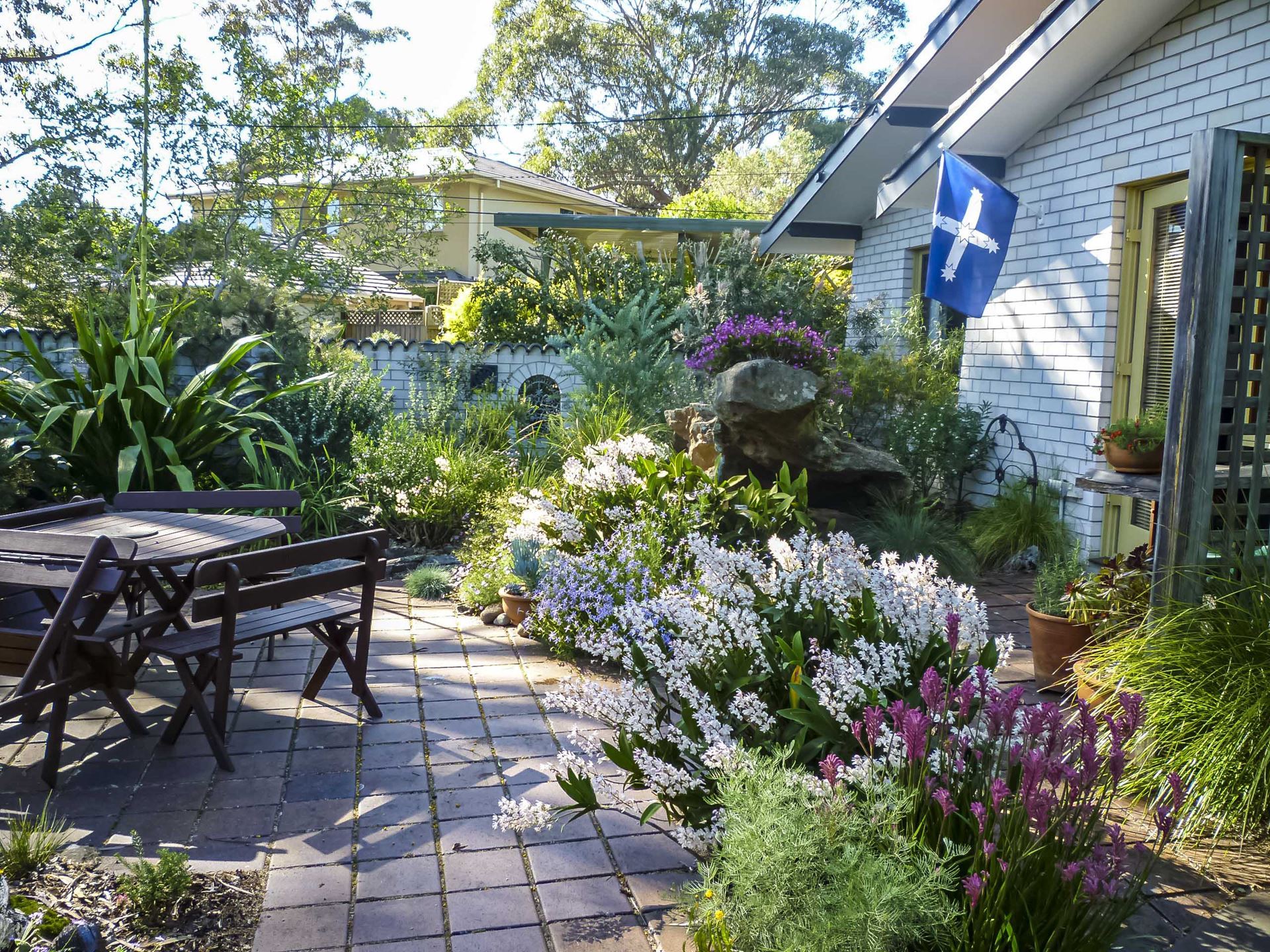 Our front courtyard filled with Australian plants, including many orchids

I’m not the only one fascinated by orchids. Apparently, the world’s first book on orchids was published in China in 1228 and the second in 1247. Orchids were used to treat venereal diseases, diarrhoea, boils, neuralgia and sick elephants!

Orchids are still being used today for medicinal reasons. Not sure about the elephants though!

Charles Darrow, who claimed to have invented the game of Monopoly, retired with all his Monopoly money at the age of 46 and devoted himself to gathering and breeding wild orchids.

The name orchid derives from the Latin orchis which means testicle – referring to the testicle shaped tubers of the plants roots and the long-held idea that orchids sprang from the spilled semen of mating animals. 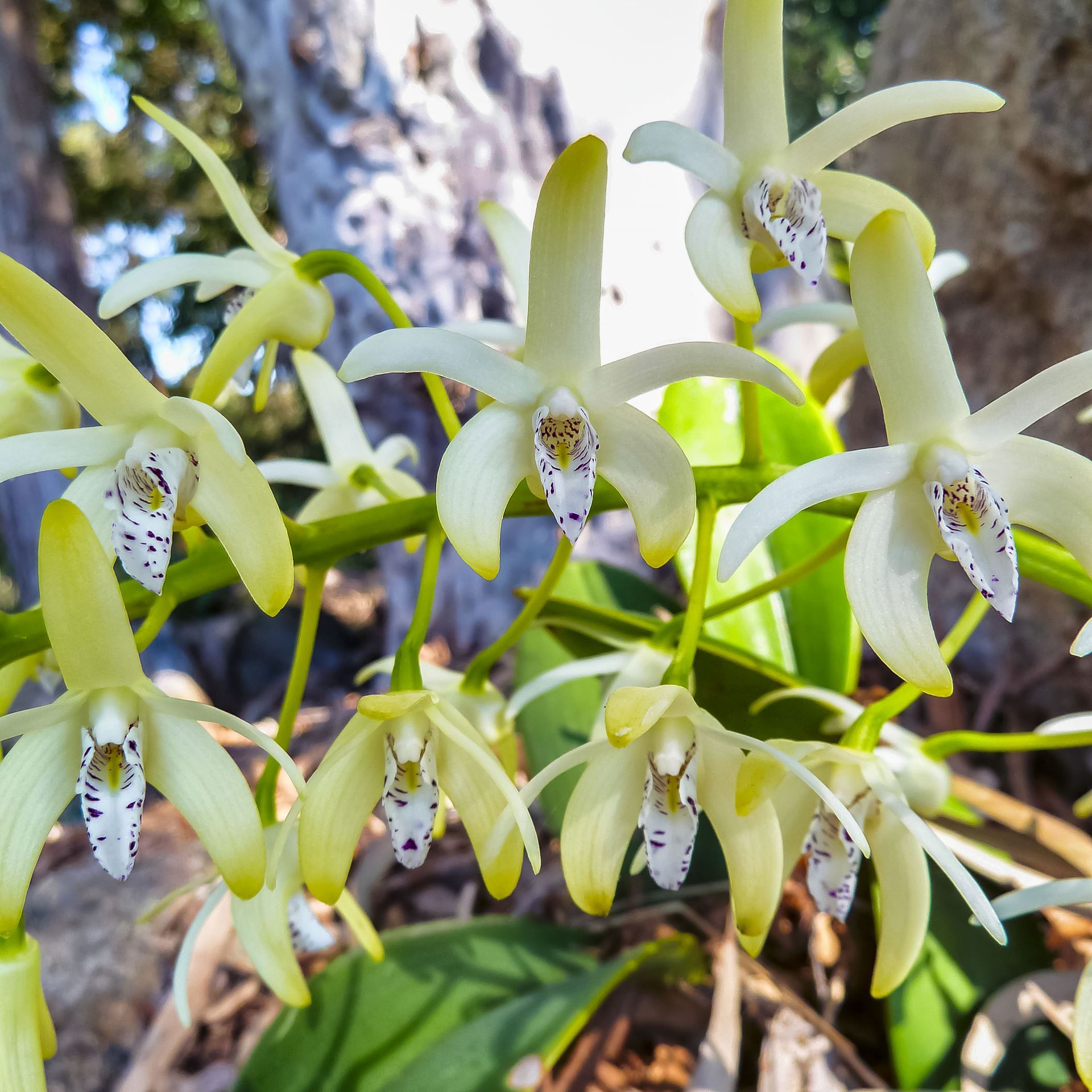 Close up of Thelychiton speciosus, growing under trees in the Hunter Valley. Photo Heather Miles

But enough of that! Onto more prosaic matters.

In Australia, we have over 800 species of orchids in 107 genera, all belonging to the Orchidaceae family.

My favourites are the Thelychiton, formerly called Dendrobium (at least this was their name at the time of writing!). These orchids are very hardy and can endure extreme drying out. In fact, many are killed by too much kindness and water.

They flower best in full sun to one quarter shade. 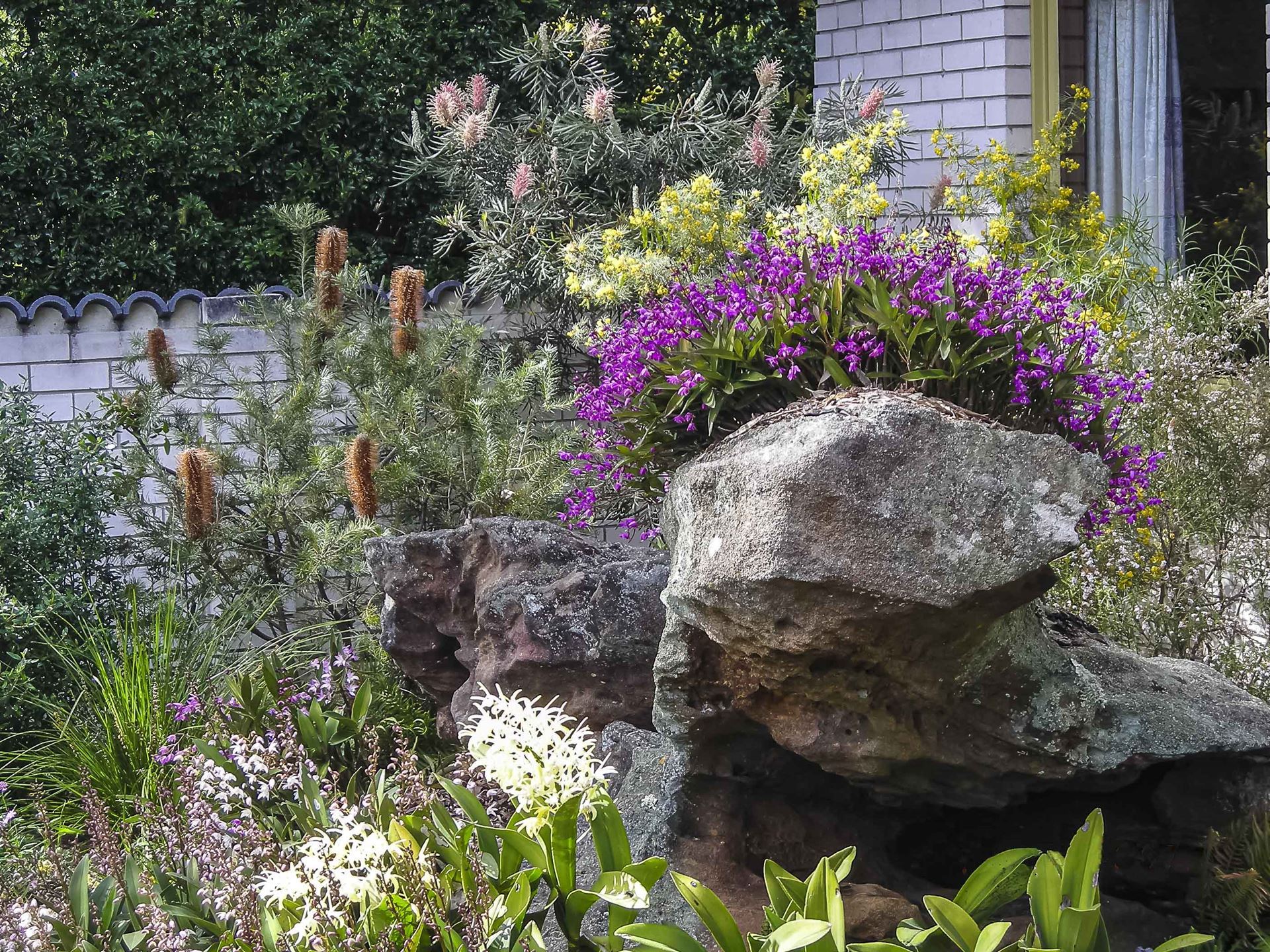 One of most frequent questions I receive is how do I manage to grow Thelychiton kingianus and Thelychiton speciosus orchids on my rocks and ‘apparently’ in the ground? 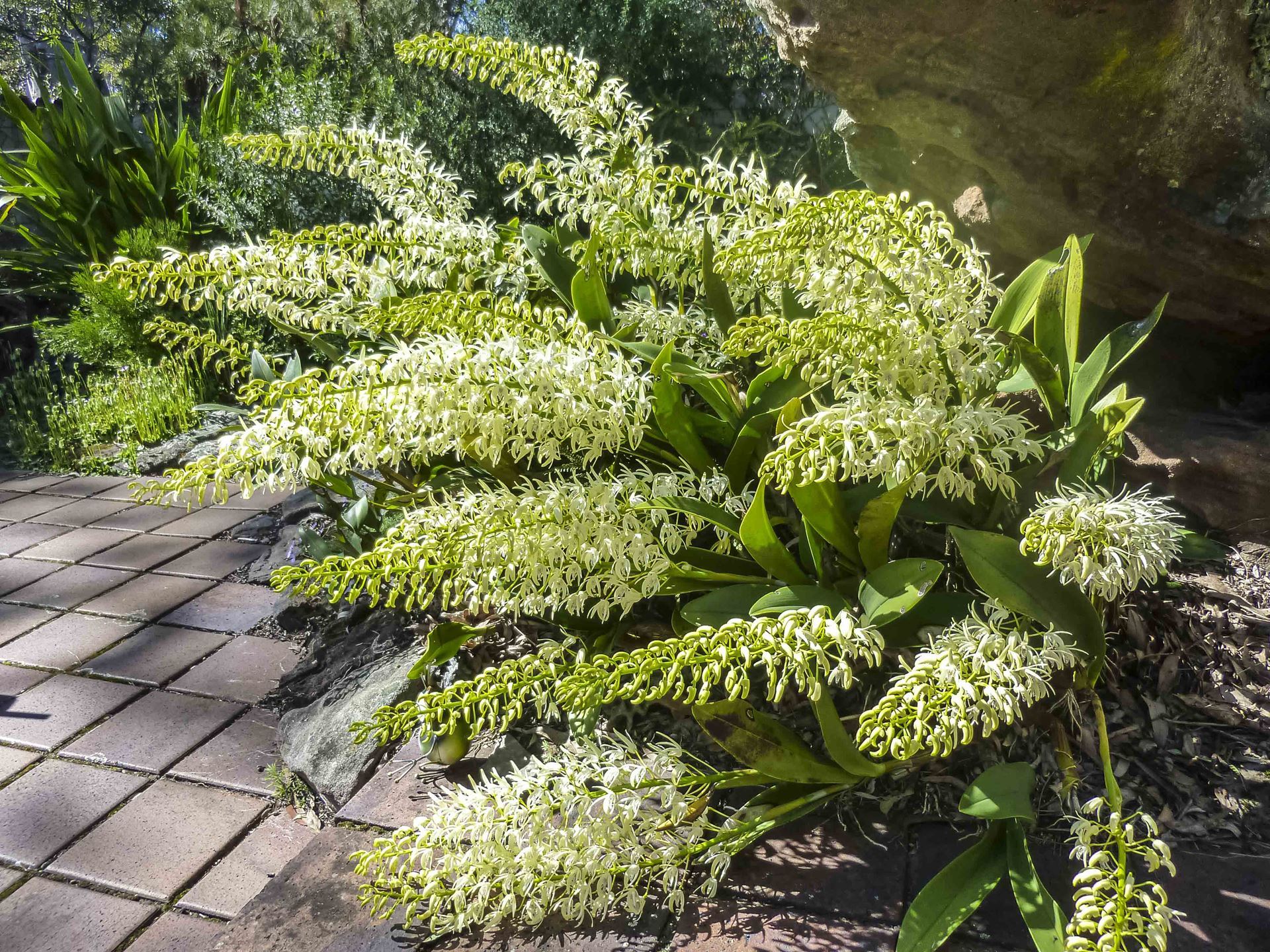 To establish them on large rocks, follow these simple steps:

To appear to get them growing in the ground (which they won’t), place a few 50 mm thick paving blocks on the ground and follow the above method. In no time at all, they will multiply and reward you with an abundance of flowers. 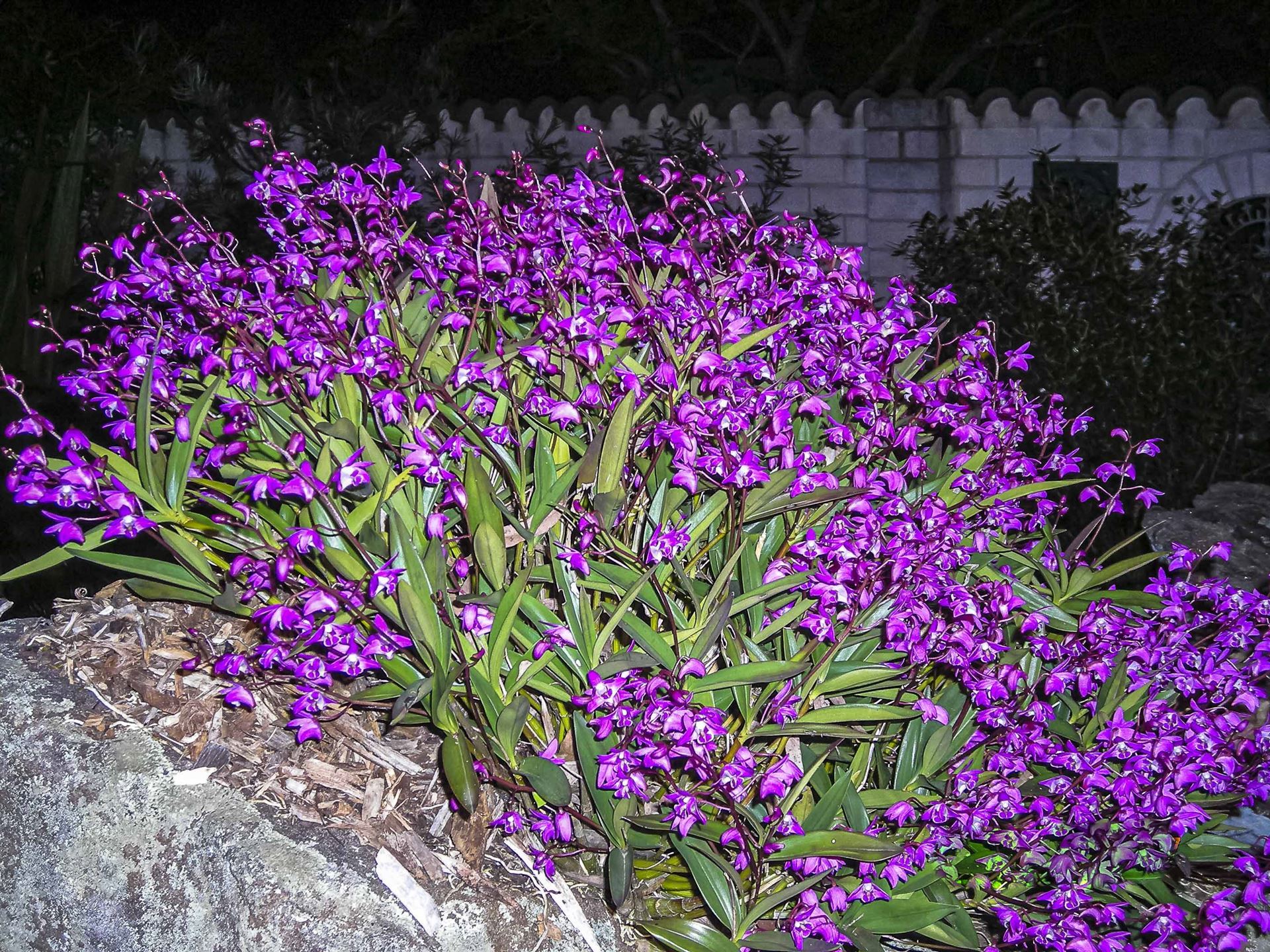 An import from Queensland, these orange and black beetles grow to about 10 mm long and can fly. In summer months, the adult beetle eats the new leaves of orchids. They then lay eggs in the soft, new stems and the larva, a soft white maggot-like grub hatches, then eats and destroys the stem and growing tip. At their worst, they will destroy all the new seasons’ growth on your orchids. 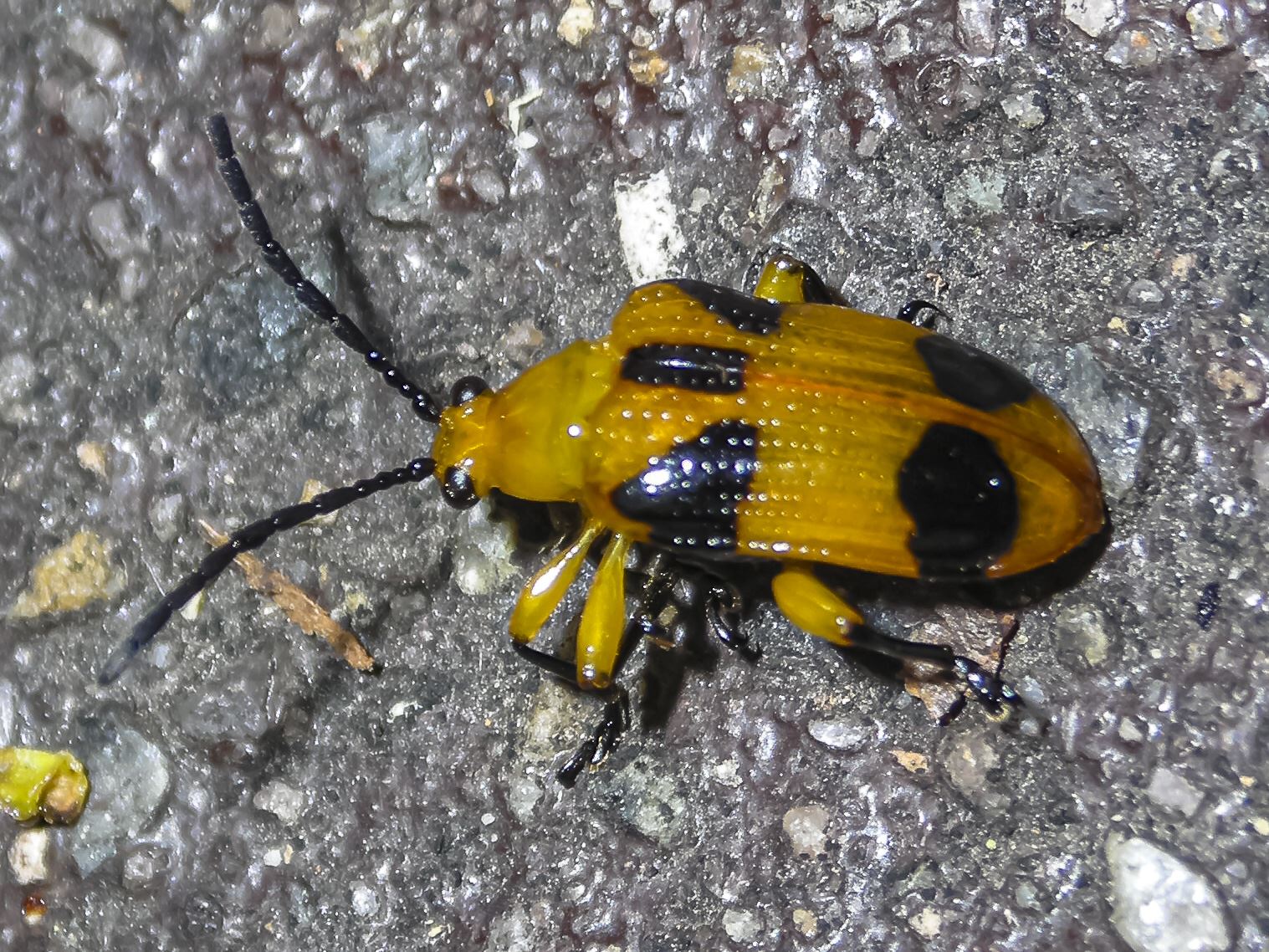 You can control by spraying an insecticide when you see them. The easier and more challenging way is to sneak up on them (there is always two of them), place your hand slowly below the leaves being eaten by the buggers and then, with your other hand, try to grab them. If you miss, they will hopefully drop into your other hand as their defence is to drop to the ground when disturbed. Now with a smile on your face, crush them.

Figuring out which plants work for you

Whenever people see my orchids, they ask: which ones do I grow, how do I grow them, how do to keep them healthy?

I start off by saying that Australia has over 20,000 unique plants, including the orchids. They grow from coast to desert, north to south, in many different conditions. So I suggest that people ask themselves a few simple questions, to better understand their microclimate. These include:

There are some great resources to draw on to help you with the answers to these questions including specialist orchid nurseries, a great book called Native Orchids of Australia, by David Jones, published by Reed Books and our Australian Plant Society website has some great information: Starting out with Native Orchids by Brian Walters and Les Nesbitt’s, Australian Native Orchids. 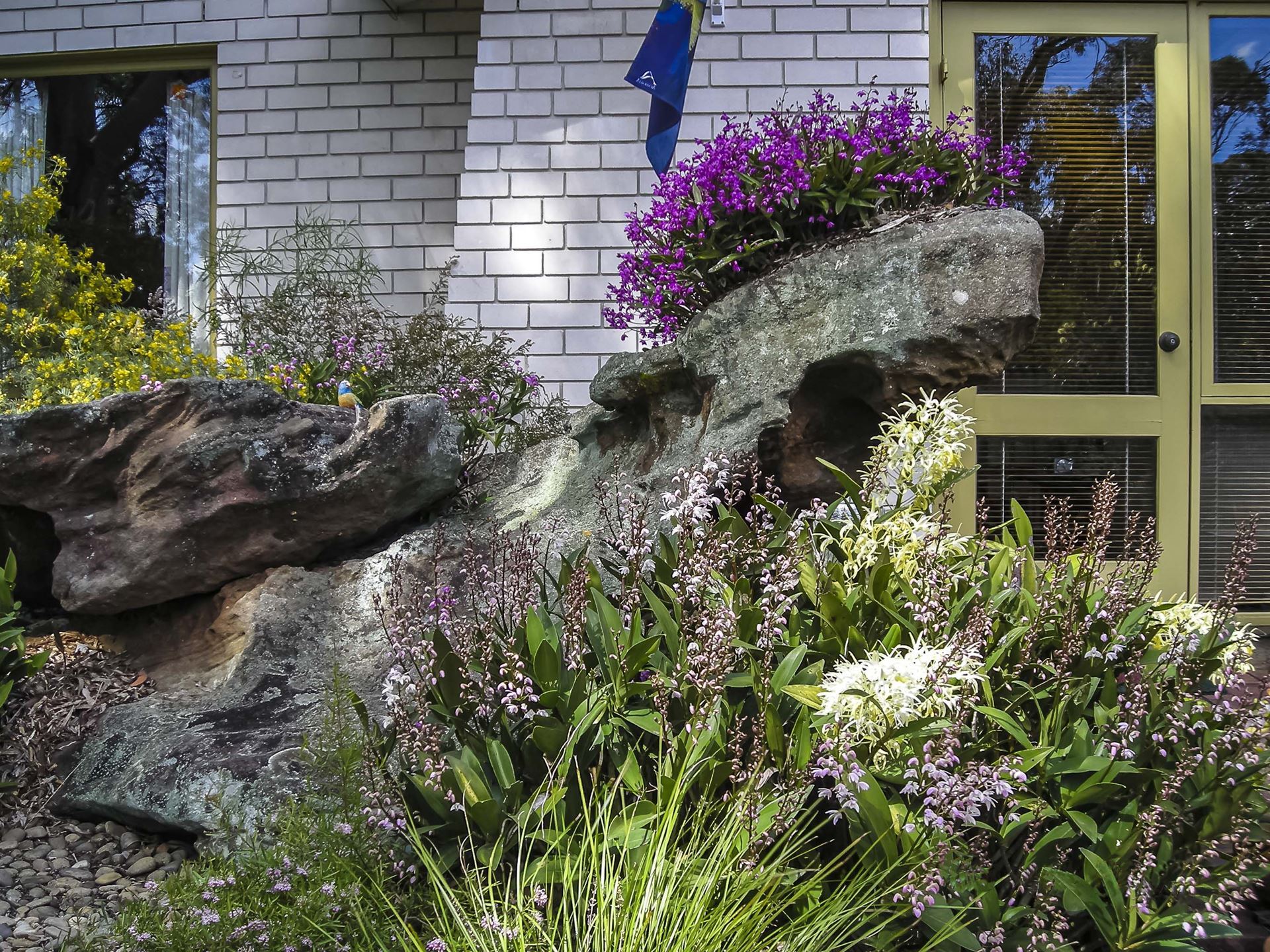 Thelychiton x delicatum is the pink orchid at the front of the photo. This orchid is a cross between Thelychiton kingianus and Thelychiton speciosus and has a stunning fragrance that you can smell as soon as you enter the courtyard. Photo: Jeff Howes

Why not give these beautiful orchids a go in your garden? You’ll be amply rewarded for many years with exquisite, fragrant blooms.

Just a word of warning…

‘Beauty can be painfully tantalizing, but orchids are not simply beautiful. Many are strange-looking or bizarre, and all of them are ugly when they aren’t flowering. They are ancient, intricate living things that have adapted to every environment on earth. They have outlived dinosaurs; they might outlive human beings. They can be hybridized, mutated, crossbred, and cloned. They are at once architectural and fanciful and tough and dainty, a jewel of a flower on a haystack of a plant…To desire orchids is to have a desire that will never be, can never be, fully requited.’ 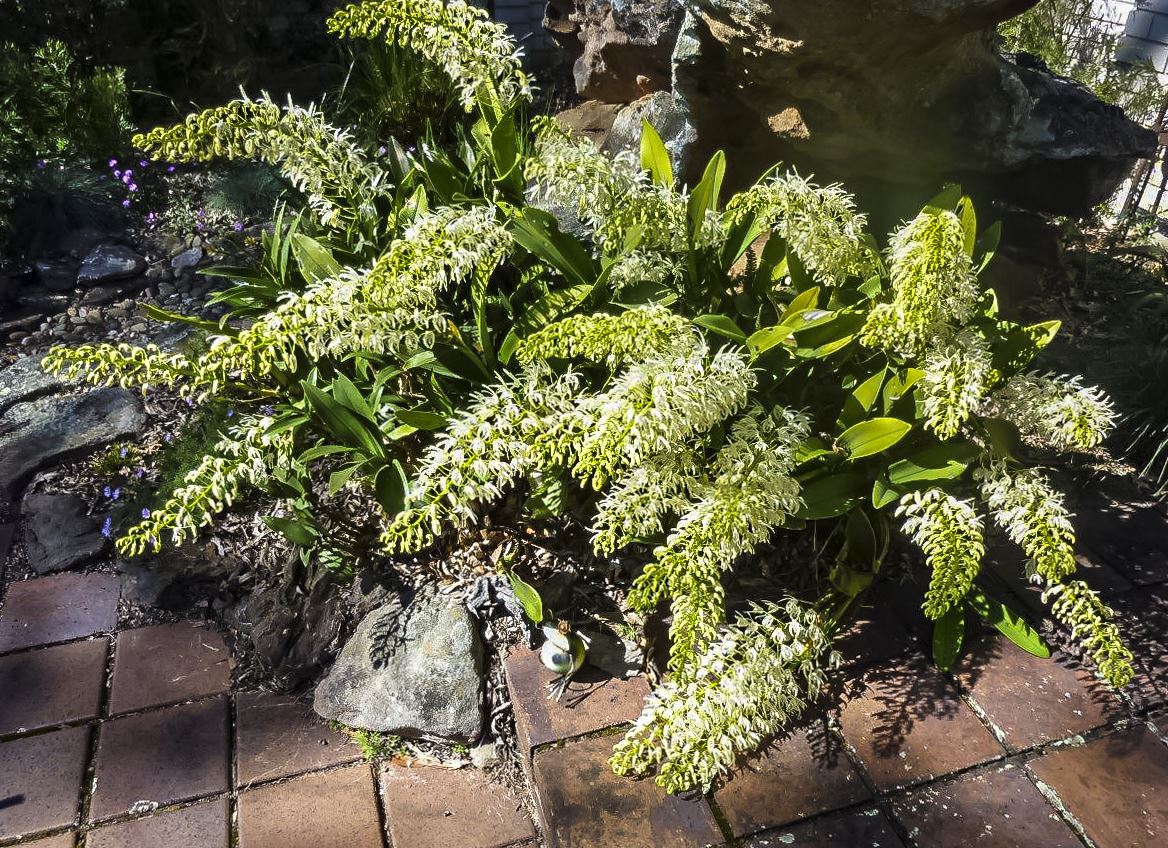