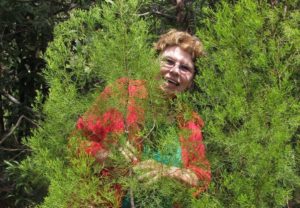 Denise is hoping to raise funds for the local Darwin River Volunteer Bushfire Brigade, through the sale of the increasingly rare tropical cypress, Callitris intratropica. While this tree is declining in numbers in the Top End of Australia it is thriving on Denise’ property where there are several specimens over 20 metres tall. Hundreds of smaller specimens are growing under powerlines and need to be removed. The trees for sale are 1 to 2 metres tall, either as Christmas trees or dug up and replanted (details below). 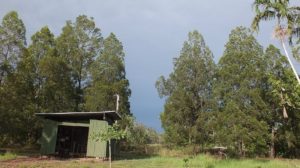 Denise’ property has a large range of diverse fauna and flora including over 90 bird species, the moth Opodiphthera carnea, a moth rarer than the Atlas Moth. This diversity may be representative of properties throughout the Berry Springs/ Darwin River area. Yet, the role of their volunteer fire brigades in saving their fauna and flora has received little attention. Denise says that their place has nearly gone up in flames on three occasions this year, one because of some bloke using a grader on a stinking hot day, another caused by an arsonist, and the third by the powerline breaking. Thank goodness for the firies who turned up on time. 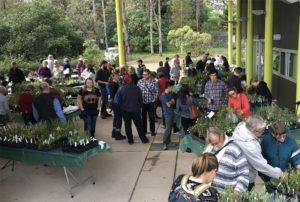 Denise has made a significant contribution to her local area plants and indigenous people.

She was elected to Darwin City Council in 1981 on the platform of conserving mangroves and evidence-based policy. Bagot Aboriginal Reserve was within her ward and discovering the residents had no representation she set out to win their trust. The president, a very fierce Larrakia woman called Mrs. Thompson, told her to catch a water python as a test of her resolve. This entailed four hours in a lake inhabited by large estuarine crocodiles. The Indigenous women were horrified when Denise was then threatened with prosecution, and to protect her, they adopted her.

Denise began guiding in 1983 with most of her clientele being well-educated, well-travelled Americans who heard of her by word of mouth. As biological consultant she has conducted fauna surveys in the remote Top End, often solo.

At the request of her adopted Aboriginal sisters, Denise helped establish an appropriate tourism project on their country, Baby Dreaming, in western Arnhem Land. Elders also decided to make their prized hunting waterhole a sanctuary for birds. The sensitive visitation enhanced the status of women and families. 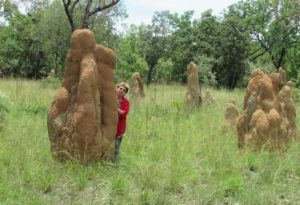 Denise has worked as a wildlife and Indigenous adviser to television, including on programs like the BBC’s Deadly 60! In 2000 she was contracted as an interpreter/transcriber on the Lonely Planet’s Guide to Aboriginal Australia.

Her book Birds of Australia’s Top End has been described as winning ‘top honors’ (American Birdwatcher’s Digest), and ‘impressive’ (American Birding Association’s Winging It). Her autobiographical Quiet Snake Dreaming is used for literacy projects in European educational institutions and cross-cultural awareness courses. American author, Jonathon Franzen, said this book gave him ‘great insight’ into the lives of Aboriginal Australians. Indigenous people including Leon, a Tiwi Islander, have said the book will be good for bringing people together (Sept. 2013). 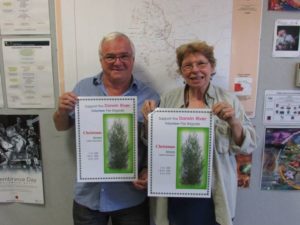 Another of Denise’s books, Fauna of Kakadu and The Top End, has been a “core text” of the University of NSW’s summer school since 2000.

In 2009 Denise was invited to speak in the US on conservation, wildlife of the Top End, and Indigenous issues and tourism, giving 33 lectures in 2 1/2 months.

Denise has recently finished her PhD on American couples who travel internationally to watch birds and is travelling to Lismore next week for her graduation ceremony! The PhD has sparked a lot of interest, having been downloaded nearly 190 times in 30 different countries. Denise finds that amazing!

To support Denise’s drive to raise funds for the Fire Brigade while saving the Callitris, any Southern-State APS members who would:

Thanks Mark, for the wonderful introduction to Denise.