By Ian Cox with photos by Lesley Waite

Narrow Neck, just south-west of Katoomba, is a great place for tremendous views over the Jamison Valley on one side, and Megalong Valley on the other. It’s also a good place for a bushwalk and to see native plants. However, the main reason Lesley Waite and I journeyed there on 24 February 2021 was to see the pink flannel flowers.

Actinotus forsythii is an annual. This means it flowers once and then dies. It only germinates after a bushfire and suitable follow-up rain. Its habitat is on ridges on skeletal soils in the upper Blue Mountains at a few locations such as Mt Hay, Newnes Plateau, Kanangra Walls and Kings Tableland, and at a handful of similar localities south to Victoria. It is not often seen. So, for native plant enthusiasts like us, the opportunity to see this special and alluring plant in flower was too good to miss.

The pink flannel flowers were easy to find. Mostly they were sprawled amongst fire-blackened remains of banksia, hakea and isopogon, not far from the fire trail. Each plant was about a metre across, and there were so many. In some areas the distinctive pink flowers seemed to cover the ground almost as far as the eye could see. They put on a great show, which certainly was worth travelling this far to witness. 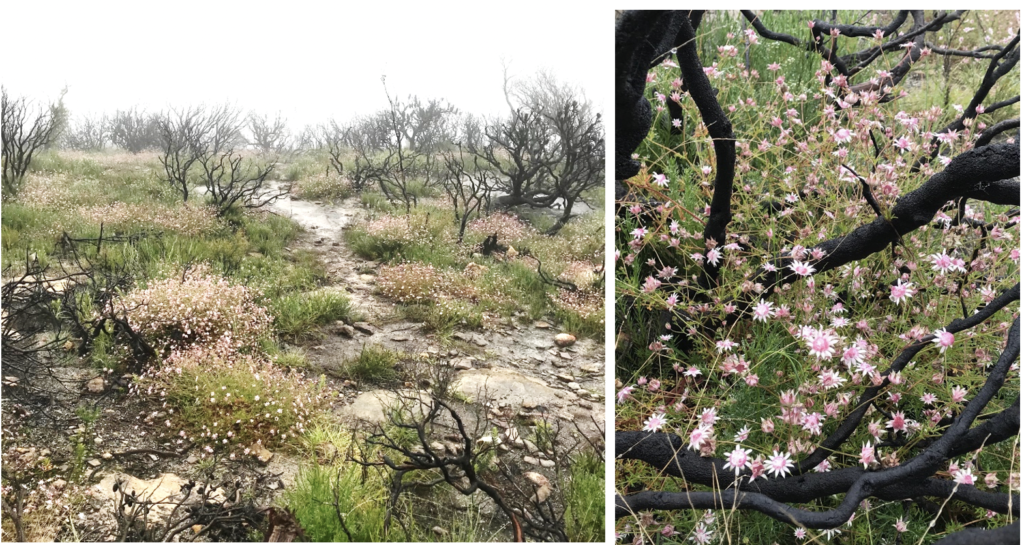 When Lesley and I go bushwalking we cast our eyes around, and will admire and photograph virtually anything. A scenic view, a tree trunk with unusual colours, a rock with stunning lichen, an attractive plant, animal or insect. We observe and appreciate the wonders of nature. There is no hurry. Today was a bit different too, because with the constant fog and light rain we could not see the usual stunning views over the edge. This meant we must concentrate on the ridgetop.

Some of the photogenic fungi we saw at Narrow Neck Plateau:

Just before we turned around, we ascended a small hill, at the top of which was a gigantic Persoonia chamaepitys. It was the largest and healthiest specimen you could ever wish to see!

On the moist bank next to the track were verdant specimens of Lomandra obliqua (left) and Gleichenia dicarpa (right).

There were lots of beautiful eucalypts, some dripping with bark. 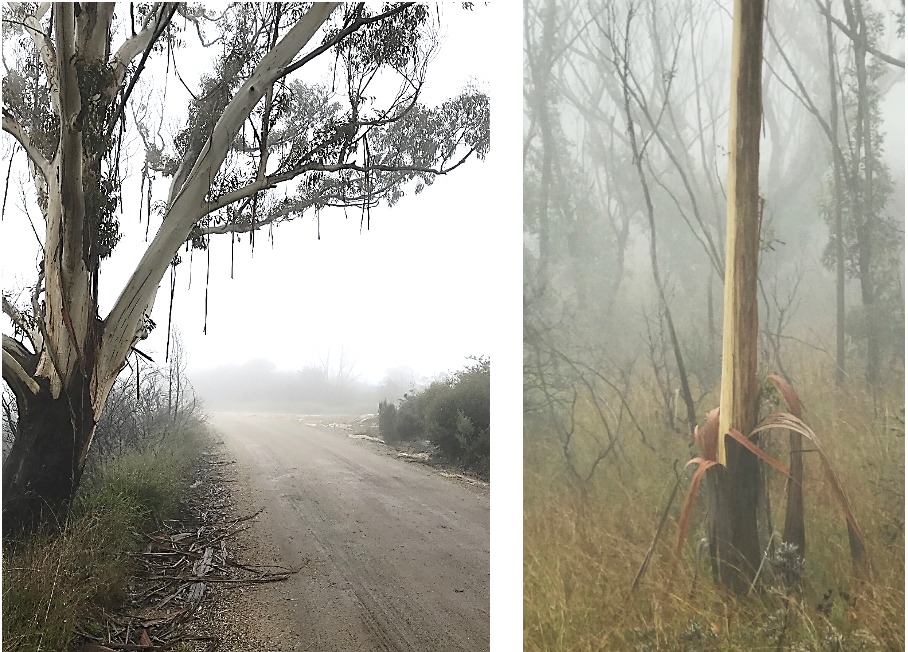 The Club Moss Lycopodium deuterodensum and an attractive lichen were also on the ridgetop at Narrow Neck: 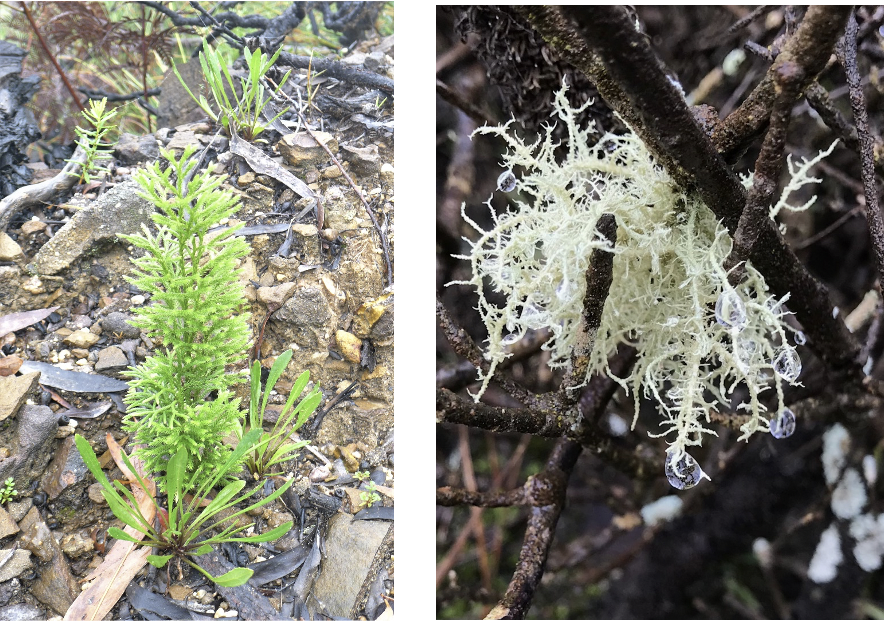 A day to remember

As usual, our return walk to the parked car was much swifter than our outgoing journey. Everything we saw and admired at Narrow Neck had far exceeded our expectations. It had been such a great day – one to remember for a long time!