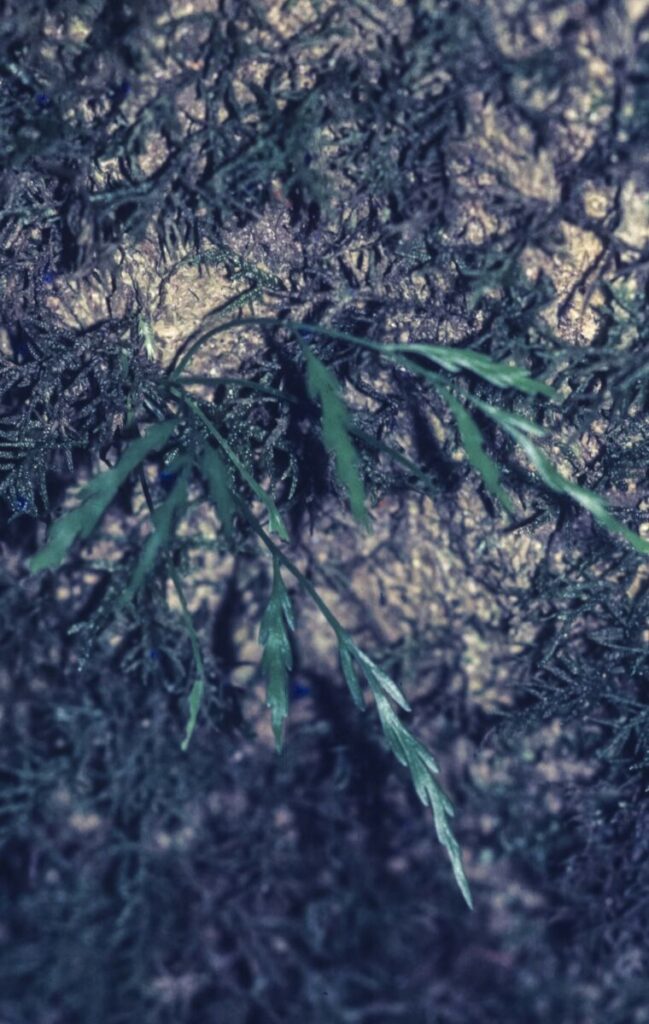 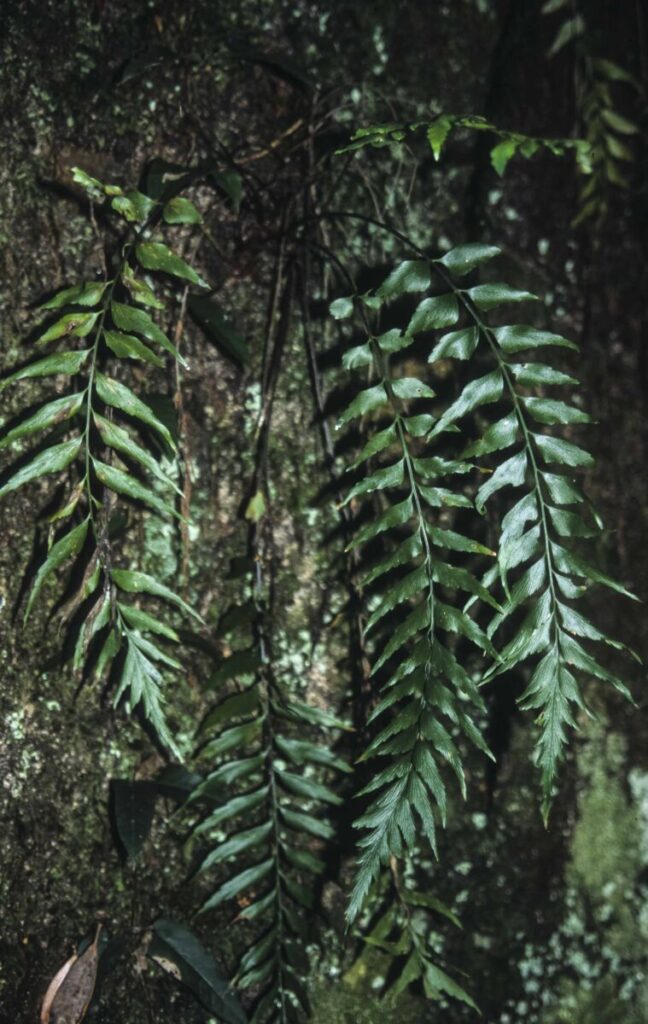 Asplenium polyodon – A pendent fern which a thick rhizome, often found growing epiphytically on trees or on rocks. 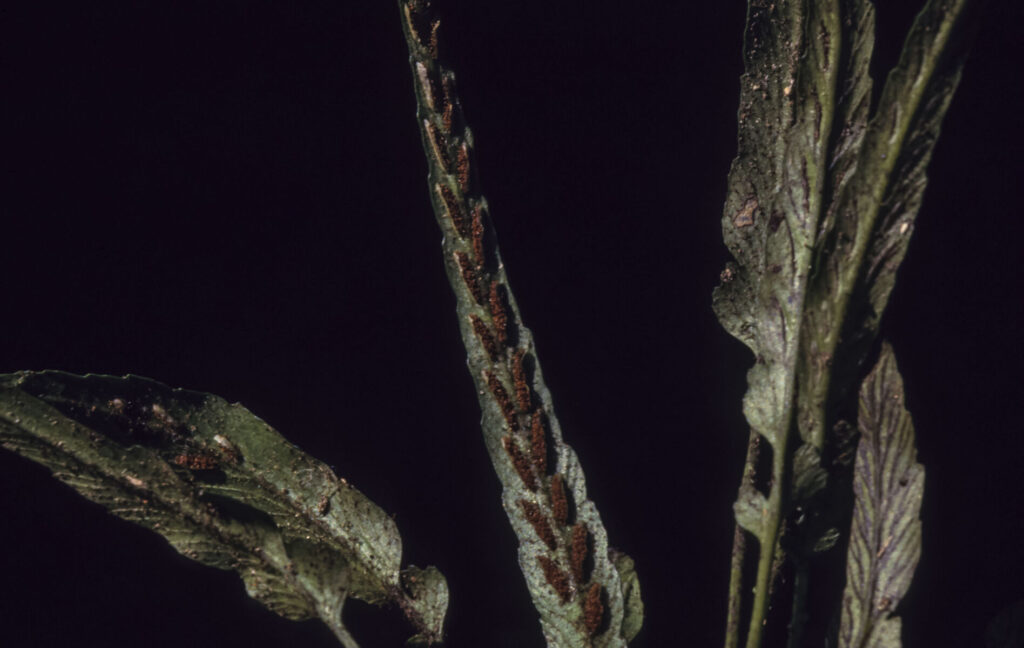 Asplenium attenuatum – A clumping fern found in gullies and shady areas on creeklines in dry and wet sclerophyll forest and rainforest. It grows on rocks or on tree trunks. It grows along the coast of NSW, north from the lower Blue Mountains, into Qld. 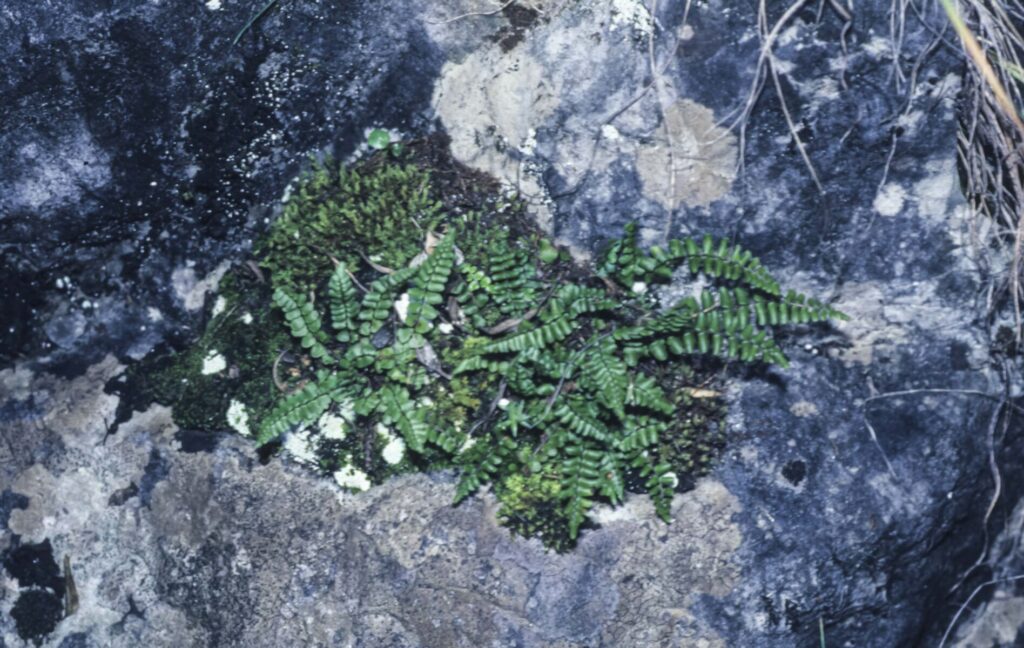 Asplenium trichomanes – A delicate erect ground fern, growing from a rhizome, found in higher altitudes on the tablelands of NSW, usually on limestone substrates. 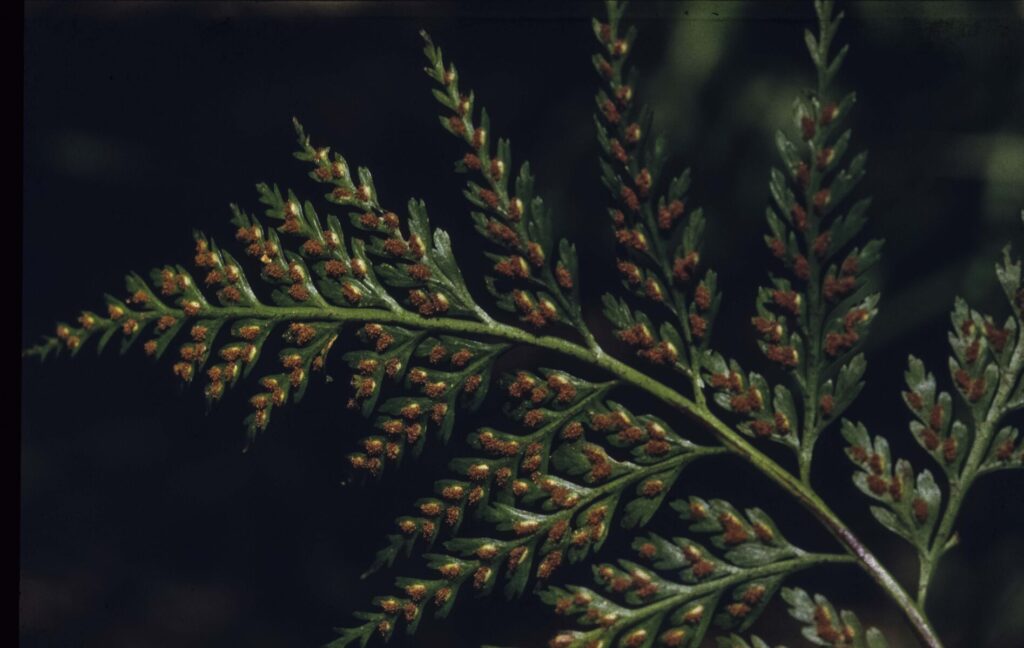 Asplenium gracillimum – A very attractive clumping fern confined mainly to the mountainous areas on the NSW coast and tablelands junctions. It also grows in Qld, Vic, S.A and Tasmania. Plants in NZ are named Asplenium bulbiferum. 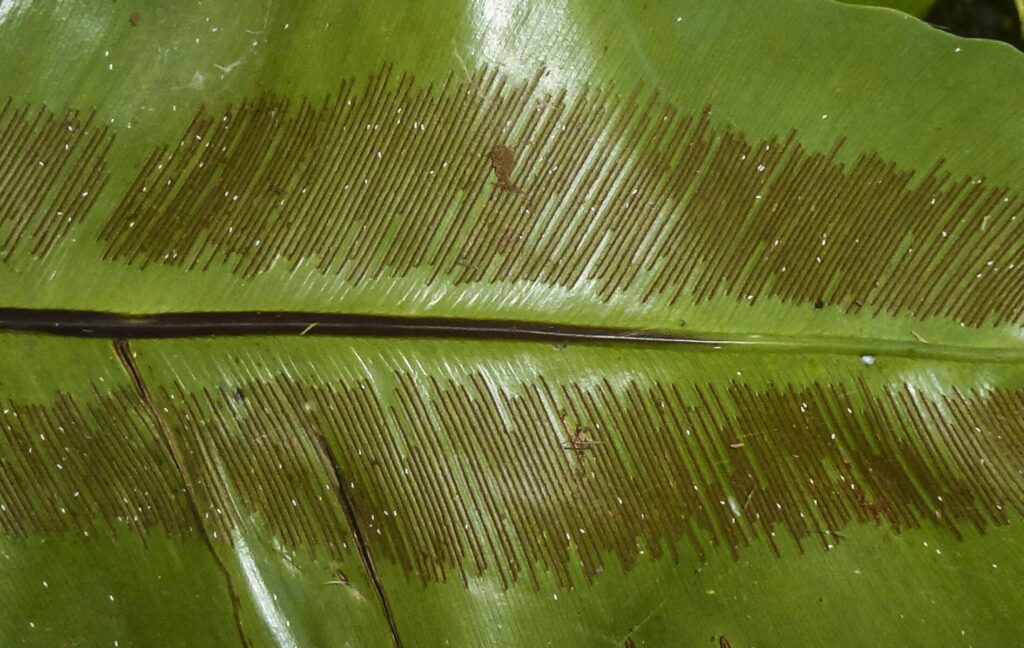 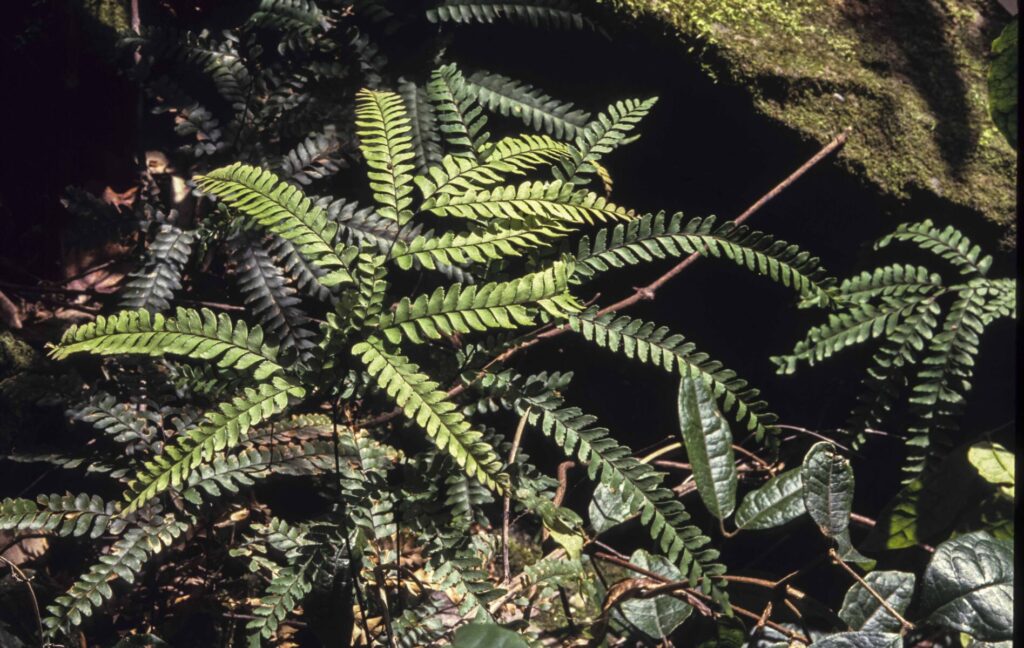 Adiantum silvaticum – A comparatively taller maidenhair fern growing in rainforest or open eucalyptus forests, often along streams and moist cliff faces; north from the Illawarra region along the coast in NSW, extending west into the and ranges and into Queensland. 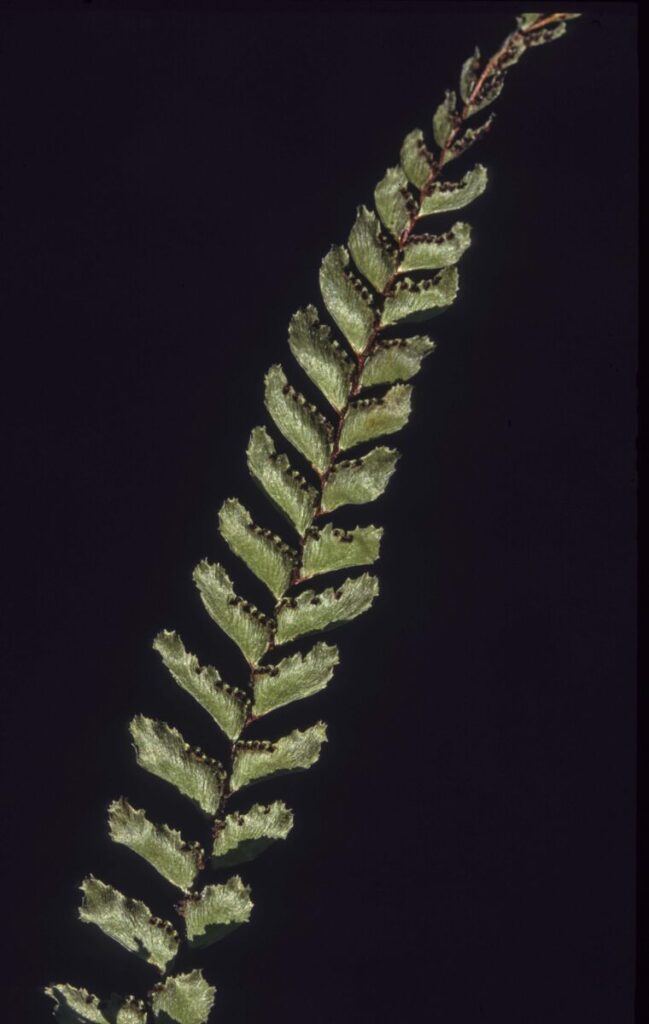 Adiantum diaphanum – A rhizomatous perennial fern, growing in rainforest, often along streams or near waterfalls, mainly found on the NSW Coast and slightly into the ranges, extending in Queensland and down into Victoria. Also grows in NZ. 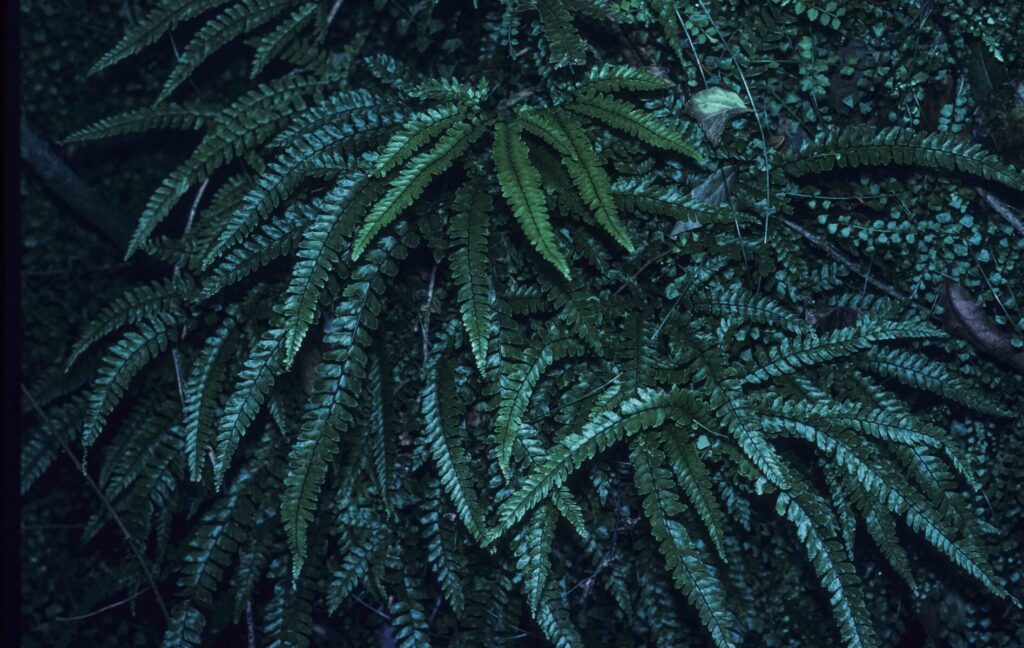 Adiantum hispidulum – A widespread perennial fern, found naturally in both rainforest and open, exposed areas in Queensland, New South Wales, Victoria and the Northern Territory. Also occurs outside of Australia. In NSW, it grows along the extent of the coast and into the central and northern tablelands and western slopes. It does not grow in the general western half of the country. 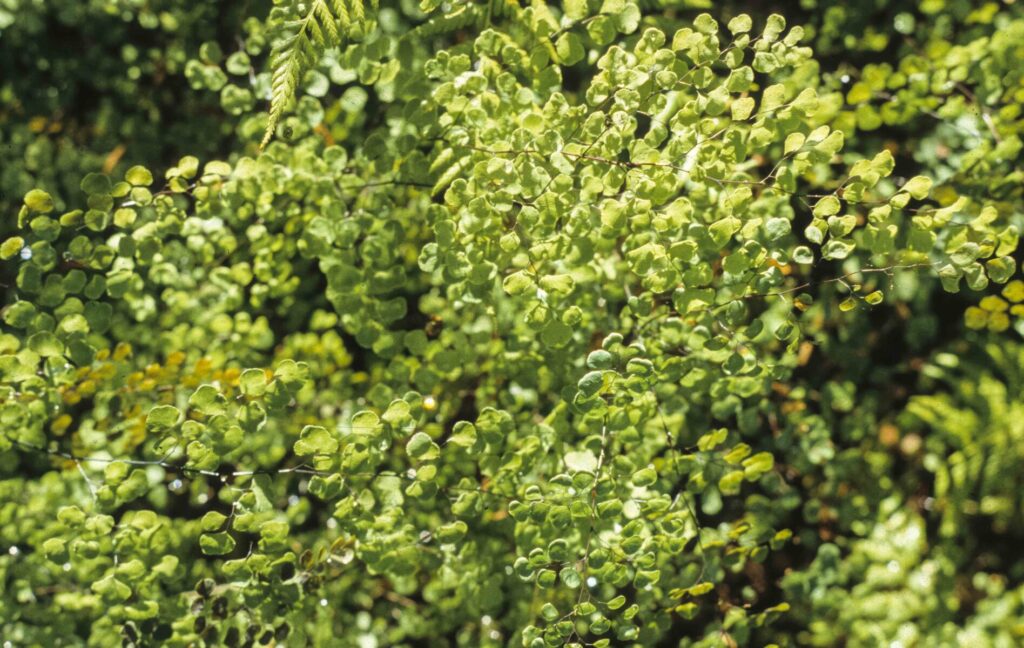 Adiantum aethiopicum – A common plant in Australia, growing along the extent of the NSW coast, tablelands and western slopes, as well as other mainland states except for Northern Territory. It also occurs in Africa, Norfolk Island and New Zealand. 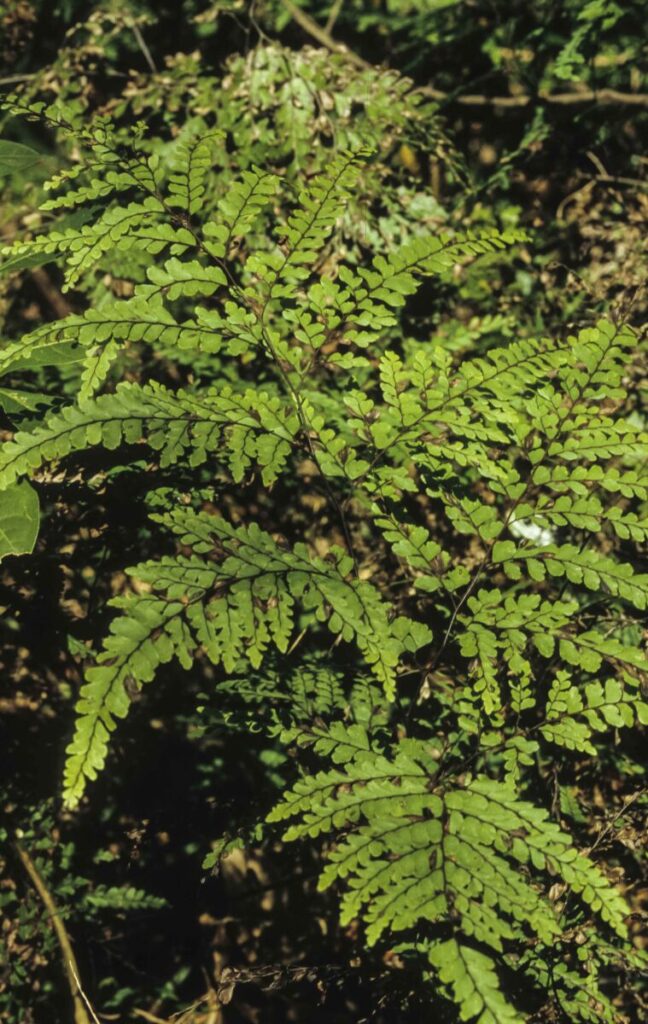 Adiantum formosum – A perennial ground fern growing to about 120 cm. Widespread, growing in colonies in rainforest or open forest, on alluvial flats near streams, along the coast to the ranges from QLD, down into Victoria. It can dominate the groundlayer in some cases (eg: along the southern end of Lady Carrington Drive in the Royal National Park). 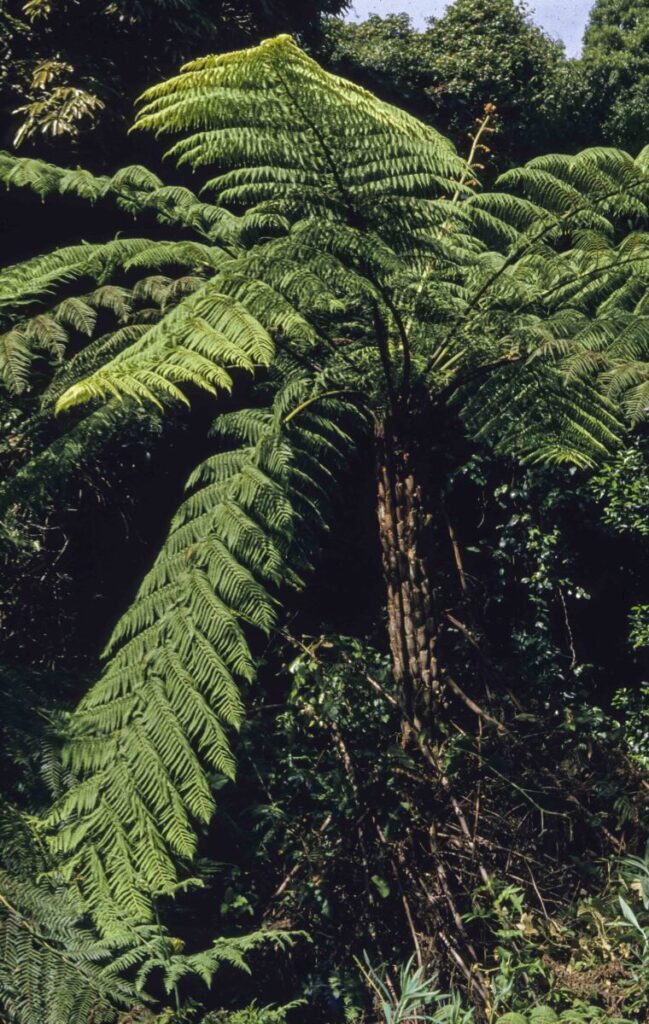 Cyathea australis is an arboreal tree-fern growing to potentially 20 m tall. It is known as the Rough Tree Fern due to the presence of shield-like plates (bases of old fronds), tubercles (knobbly bits) and masses of hair-like scales on its ‘trunk’. 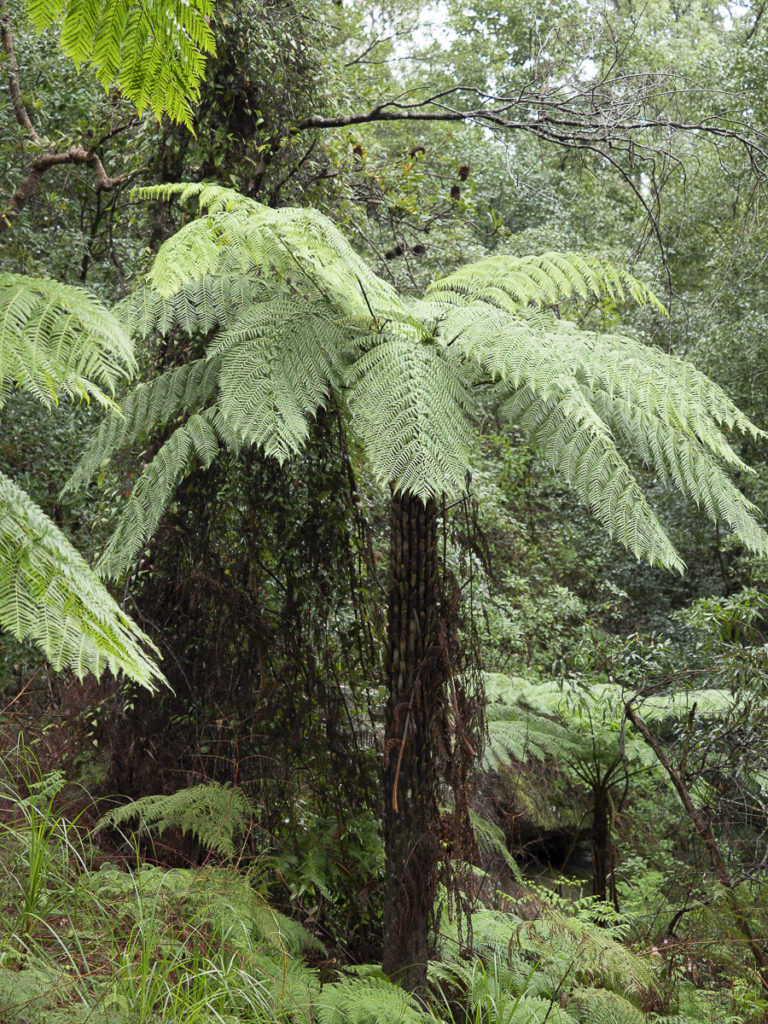 Cyathea cooperi is a great, beautiful looking ornamental background or feature plant which grows best in high humidity and high soil moisture conditions. Use good quality mulches and top them up regularly as this will keep the soil moist and also provide nutrients to the shallow root system. Grow in a shady position with some protection from hot western sun for it to look its best. Responds well to small amounts of organic fertiliser. 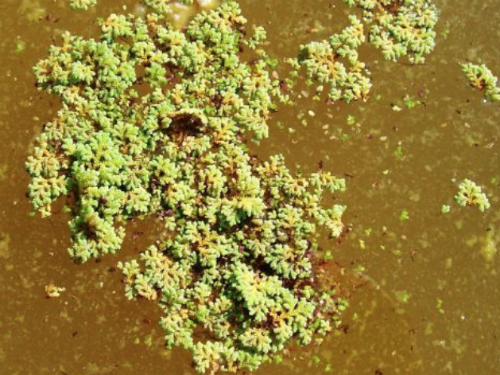 Azolla filiculoides, Water Fern, is a member of the Azollaceae family and is a small, aquatic, free-floating fern. The fronds range in colour from green to deep red in colour. It is common in dams and other still bodies of water where it forms dense carpets.