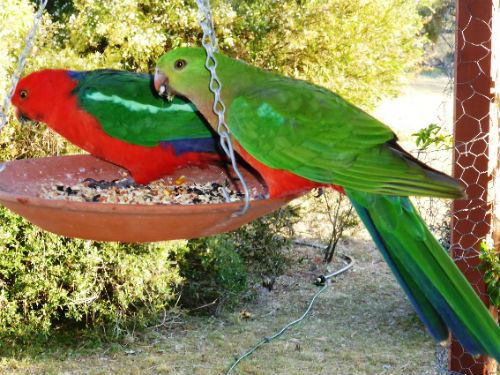 King Parrots (Alisterus scapularis) are large birds 41 to 44 centimetres long. Males and females are dramatically different in colour.
Males have bright scarlet heads and bodies. Wings are dark green with a pale green band. There are also flecks of light green on the wing margins. The tail is blue-black. Females are mostly dark green with red underside. 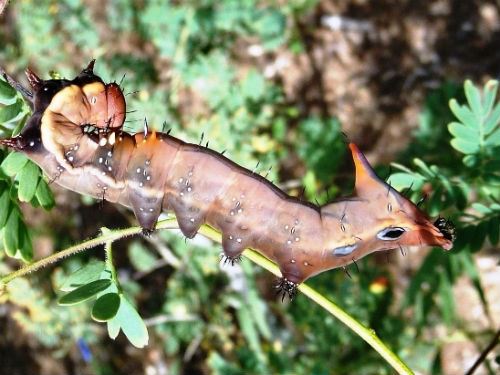 When we first observed this insect we thought that a double-headed caterpillar had been discovered. On closer examination, we realised that the structure at the lower end of the caterpillar was a “pseudo-head” that came complete with eye-spots to confuse predators. 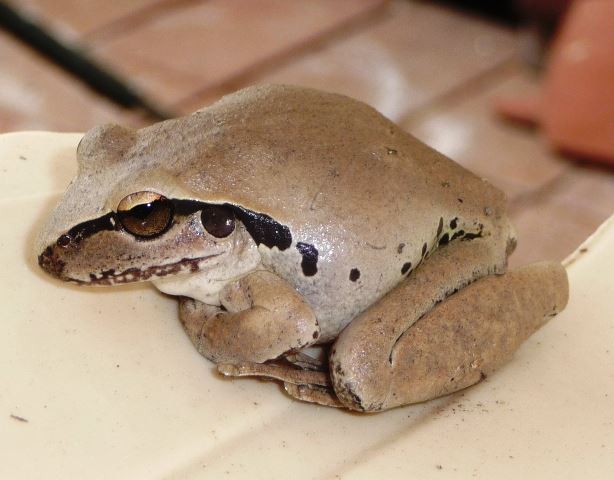 Frogs world wide are having a tough time. A Chytrid fungus has been linked to the decline and disappearance of many frog species. We are providing frog habitat in our cold climate garden with a number of ponds. So far we have five species using our aquatic environments. 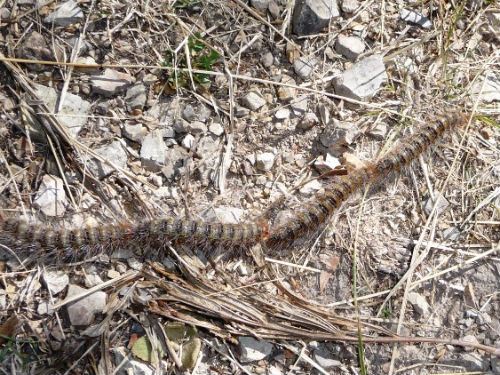 A few years ago we came across what we thought was a metre long, hairy snake. Closer inspection revealed that the snake was in fact a line of caterpillars. We also found two more processions. Each procession was about 50 centimetres long. 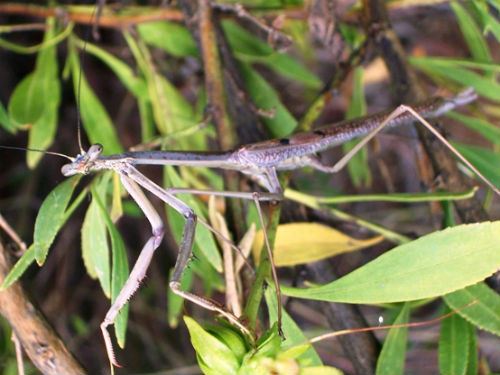 Praying Mantis is a member of the Mantidae family. Australia is home to about 80 species. We will not attempt to identify the species illustrated but it is reasonably common in our cold climate garden. 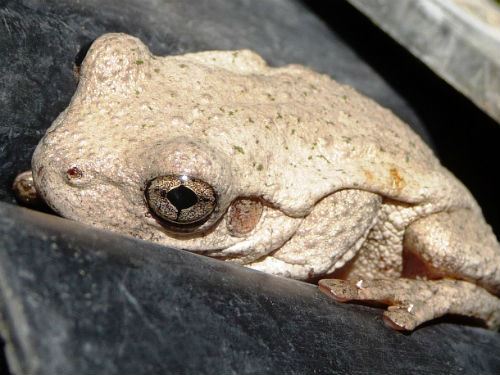 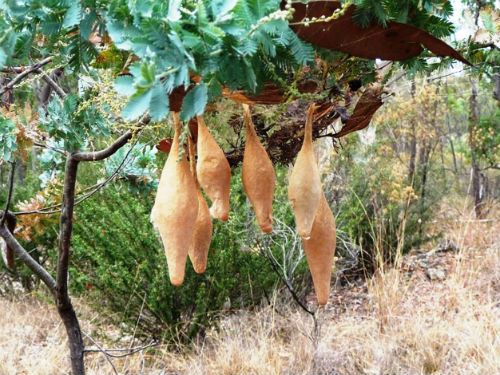 We share our cold climate garden with macropods, echidnas, birds and many arthropods including insects, spiders etc.
One wildlife observation had us scratching our heads. Hanging from an Acacia baileyana, about one metre above the ground, were six papery sacs. 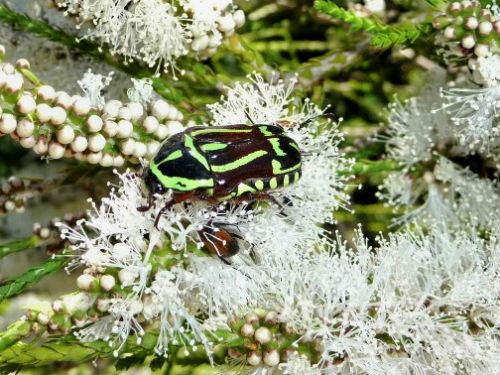 The large range of native plants in our cold climate garden attract a wide range of insects.
We find that, because of the size of the garden, insects cause very little damage to our plants. In fact we feel that the majority of native insects are either useful or benign. 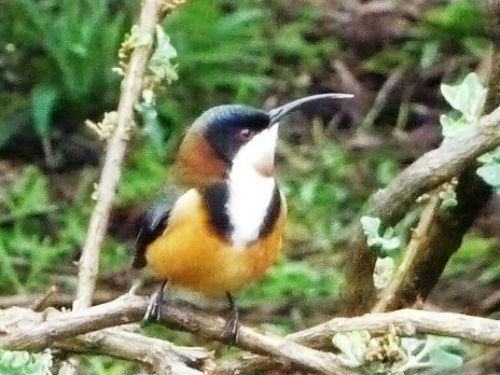 The Eastern Spinebill is about 150 millimetres long including the long, narrow beak.
The head is glossy black. Chin and throat are white with rufous centre. There is a black crescent over the shoulder whilst the underparts are cinnamon-brown. The females are said to have duller plumage but we are hard pressed to tell the difference amongst the many “Spinebills” that live in our cold climate garden. 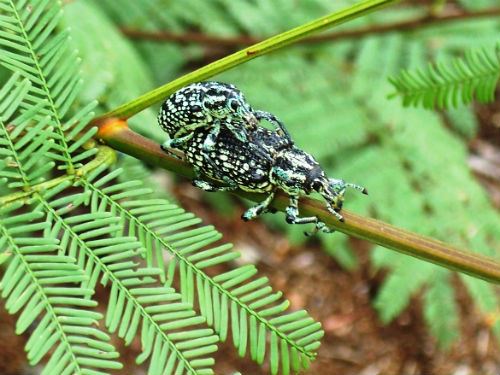 Weevils (Curculionidae) form the largest family of beetles (or Coleoptera). Conservatively there are 4000 species recorded from Australia.
Weevils are insects of variable form but linked by an elongate rostrum or proboscis. This has led to their common name of “Elephant Beetles”. Their antennae are on the rostrum in front of the eyes. Their larvae are thick, legless grubs that feed on various forms of vegetable matter. 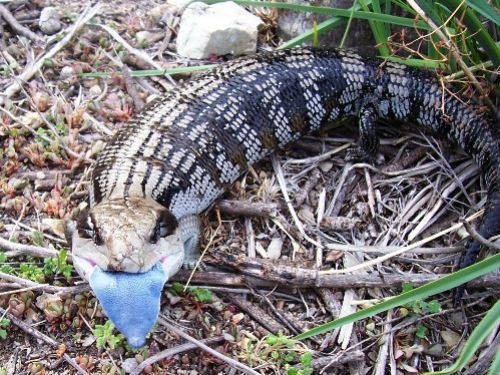 Blue-tongued Lizard (Tiliqua scincoides) is a large reptile with a total length of 45 centimetres. The species is also known as the Eastern Blue-tongued Lizard and occurs from south-eastern South Australia through Victoria, eastern New South Wales most of Queensland to the Northern Territory and north-western Western Australia.